Prophet Muhammad, peace and blessings be upon him, is one of the most, if not the only one who reached a pinnacle of success by not only verbally teaching, but stringently applying Islamic principles of ecological welfare. His concern for preserving nature was so consistent that history reports the only time he cut down plants were the palm trees in Madina to impede the Jewish tribe Banu Nadhir.

Prophet Muhammad, peace be upon him, categorically taught people to live on less, to protect animal and plant life, and to worship the Creator by being merciful to the creation. What is also distinctive about Prophet Muhammad’s advice is the connection between ethical practices and the eternal effects in the life after death, which represents a greater incentive for Muslims to care for the earth and its resources. 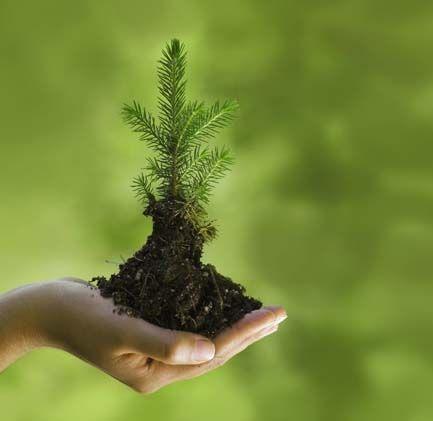 What makes a successful leader? Many world leaders and religious figures have advocated protection of planet Earth in their struggle to reach the top, but most have ultimately failed to create a long-lasting conservation plan. Here are few Prophetic sayings (ahadith) which I believe are excellent indicators to reflect the Islamic faith as a relevant environmental ‘movement’

“The example of a believer is that of a fresh tender plant; from whatever direction the wind comes, it bends it, but when the wind quietens down, the plant becomes straight again…” narrated by Abu Hurayra (Radi Allahu Ta’ala Anhu), Bukhari

Prophet Muhammad was teaching new Muslims that their life on the path of faith must always progress and beware of climatic changes, just like a young tree. There will be tough times when the storm seems to never end. But patience and persistence in planting roots no matter what the trouble, will heal both one’s own branches and protect the nearest plants.

Plant a tree even if it’s your last deed

“If the Hour (the day of Resurrection) is about to be established and one of you was holding a palm shoot, let him take advantage of even one second before the Hour is established to plant it.” – Al-Albani. 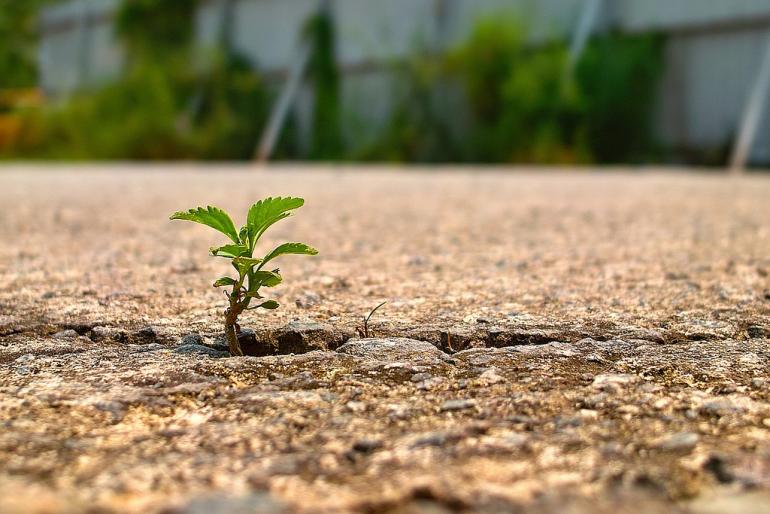 “If a Muslim plants a tree or sows seeds, and then a bird, or a person or an animal eats from it, it is regarded as a charitable gift (sadaqah) for him.” – Imam Bukhari.

Prophet Muhammad, peace and blessings be upon him, happened to pass by a Companion, Sa’d (Radi Allahu Ta‘ala Anhu), as he was performing ablution (wudhu) next to a river.

At this, the Prophet said, “Sa’d what is this squandering?”

Sa’d replied: “Can there be an idea of squandering (israf) in ablution?”

The Prophet ﷺ said: “Yes, even if you are by the side of a flowing river.” – Ibn Majah.

“Beware of the three acts that cause you to be cursed: [1] relieving yourselves in shaded places (that people utilise), in a walkway or in a watering place.” – Narrated by Mu`adh, hasan, by Al-Albani 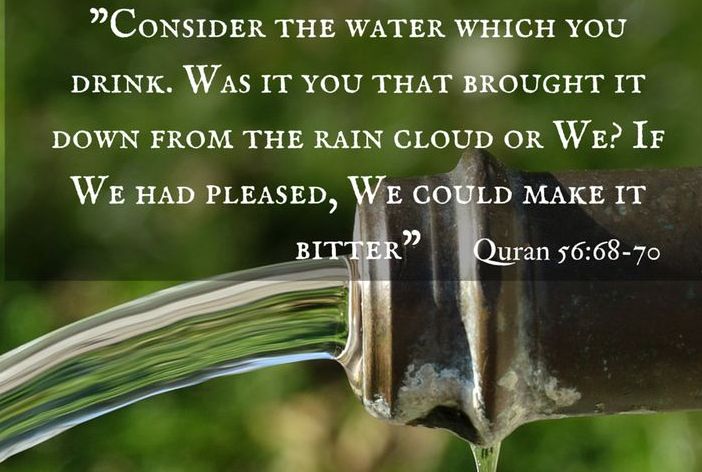 Hygiene and cleanliness (tahara) is so integral to Islam that it is actually a major sub-branch of Muslim belief. Without physical hygiene, prayers are broken. Without clean facilities pollution ruins cities, and without any effort to improve one’s own purity, it becomes more difficult to prevent external corruptions like littering.

Abdullah ibn `Abbas reported that the Prophet said, “The believer is not he who eats his fill while his neighbor is hungry.” Authenticated by Al-Albani

Eat a little less every day

Excessive eating is abhorred in Islam. For the days of Ramadan, fasting is precisely a command in order to learn control and when to say ‘no’. Prophet Muhammad did not encourage eating a three course meal nor a heavy meal. Every meal should be shared between two and choosing between take-outs and home-cooked, a healthier diet is always the better option (less meat, more greens). In the Islamic law system (Shariah), a person should stop eating as soon as the hunger pangs cease.

When asked about how the Prophet of Islam used to live in his house, the Prophet’s wife, `A’ishah (Radi Allahu Ta’ala Anha), said that he used to repair his own shoes, sew his clothes and carry out all such household chores done without complaint or want for more. (Authenticated by Al-Albani). 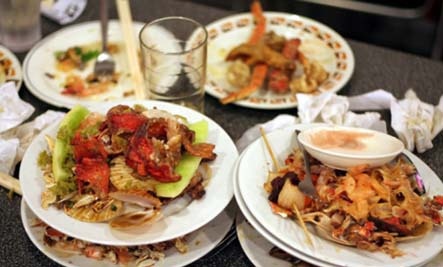 The idea behind this was to show Muslims that menial tasks (mehna) were not degrading for God’s Prophet (peace be upon him). Reusing and repairing things instead of always buying new is not a sign of poverty, they are a sign of power. By performing household duties, the Prophet (peace be upon him) was saying we can build foundations on less ‘stuff’, we are in control of what we consume and we don’t need more.

“A man felt very thirsty while he was on the way, there he came across a well. He went down the well, quenched his thirst and came out. Meanwhile he saw a dog panting and licking mud because of excessive thirst. He said to himself, “This dog is suffering from thirst as I did.” So, he went down the well again, filled his shoe with water, held it with his mouth and watered the dog. Allah appreciated him for that deed and forgave him.” The Companions said, “O Allah’s Messenger! Is there a reward for us in serving the animals?” He replied: “There is a reward for serving any living being.” – Imam Bukhari.

The Prophet, peace and blessings be upon him, provided for animals, as did Abu Huraira (Radi Allahu Ta‘ala Anhu) who narrated this hadith. Abu Huraira’s name translates as the ‘father of kittens’, named so because he was known to carry kittens in the draped sleeves of his robe.

Animals have a huge role in the ecological welfare system. The tenets of the Shariah law towards animal rights make it obligatory for any individual to take care of crippled animals, to rescue strays and to guard a bird’s nest of eggs.

Hopefully this will inspire everyone reading to follow through on the Eco-Sunnah. Adopt an animal, reuse your wudhu water, eat much less. Be a leader.

Zaufishan Iqbal is the soul behind the website www.TheEcoMuslim.com and runs #EcoIslam educational classes in Yorkshire, UK.The Eco Muslim is the online platform for sharing the intrinsic connection between Islam as a 'deen' (path) and environmental practice, which the Qur'an and Sunnan state is a core principle of the Islamic faith. Zaufishan works with some of Britain's greenest individuals and organisations to revive her community physically and spiritually, which is why The Eco Muslim is developing an #EcoIslam educational curriculum (available soon on www.theecomosque.com).
View all posts by Zaufishan Iqbal →
Tagged Animal Rights in Islam, Animals, conservation, Ecological Sunnah, Environmental Hadith, Green Hadith, Green Sayings of Prophet Muhammad, Hadith on Environmental Protection, Muslims, Natural Resources, Plants, Prophet Muhammad and Environmental Conservation, Prophet Muhammad as an Eco Warrior, Prophet Muhammad's Saying on the Environment, Trees, Waste Minimization. Bookmark the permalink.