The great cultural bloom that took place during the al-Andalus period was made possible from a material and social viewpoint thanks, among other factors, to the judicious water management at those times. Countryside, cities, public bathhouses and fountains, mosques and gardens honoured the element of water. However, this water culture emerged from a distinctively Islamic conception which is briefly summarized in the following paragraphs. 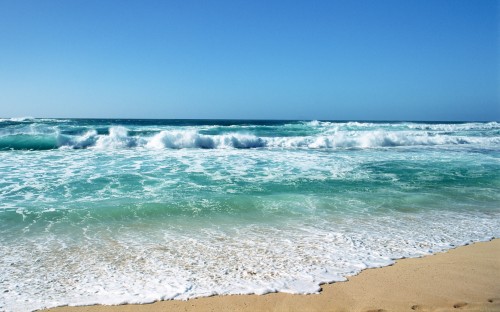 Water in the Holy Quran

In Islam, life and knowledge originated from water, a divine gift that symbolises profound wisdom, the drink that quenches the soul’s thirst. But it is also science. Thus, the word al-ma’a – water in Arabic – appears 63 times in the Quran, which revealed secrets in the 7th century recently discovered by science.

Do not the Unbelievers see that the heavens and the earth we joined together (as one Unit of Creation), before we clove them asunder? We made from water every living thing (Quran, 21-30).

Indeed, today we know that water covers more than 70% of Earth’s surface (mostly seas and oceans). We also know that water has been found in the interstellar clouds of our galaxy – the Milky Way –, as well as in Mars, and it is believed to be found in other galaxies. It also appears to be one of the first molecules on planet Earth.

The Holy Book states as follows with regard to living creatures:

And God has created every animal from water: of them there are some that creep on their bellies; some that walk on two legs; and some that walk on four. God creates what He wills; for verily God has power over all things (Quran, 24-45).

Today we know that as babies we are 75% water and as we grow older the body of an adult human being is made of approximately 60% water. Animals contain on average 60% water while vegetables up to 75%. Human brain is composed of 90% water. This means that the human being, which is the most perfect being in nature, talks, thinks, does, undoes, writes and invents on the basis of water.

Allah thus asserts in the Holy Book that His Throne was upon the water. That is to say that he created life on the basis of water.

Water also represents also purity in Islam. Thanks to water human beings take care of their body hygiene, as in all cultures, but also perform spiritual purification by means of the daily ablutions. In accordance with the great Sufi Ibn ‘Arabi of Murcia, who lived in the 12th and 13th centuries, by performing ablutions believers get rid of vanity and appearing themselves as servants of the Creator. 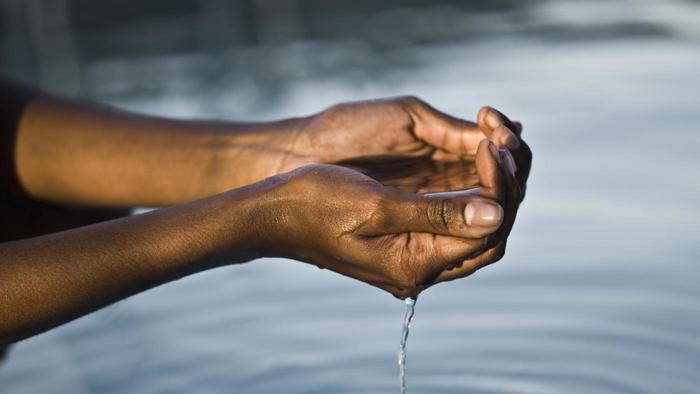 Moreover, water is a powerful symbol of the rebirth and quickening, and it is commonly used metaphorically. God has brought life from death, and death from life, as the Holy Book tells us.

And He it is Who sends the winds as heralds of glad tidings, going before His mercy, and we send down pure water from the sky.

That with it We may give life to dead land, and slake the thirst of things we have created, cattle and men in great numbers (Quran, 25, 48-49).

This description refers at first sight to a natural phenomenon, but it is means the quickening of the soul or the spiritual awakening.

Significance of Water in Islam

Water ownership is accepted as long as the person has built a particular infrastructure, for instance in a river course. But, over and above that, there is the obligation to distribute the surplus free of charge. Many institutions were established in order to ensure a balanced and fair water distribution, some of which have lasted up to the present day, such as the Water Tribunal of (Tribunal de las Aguas) de Valencia, the Council of Good Men (Consejo de Hombres Buenos) de Murcia and the Irrigation Communities (Comunidades de Regantes) in the Eastern Coastal Region of Spain. 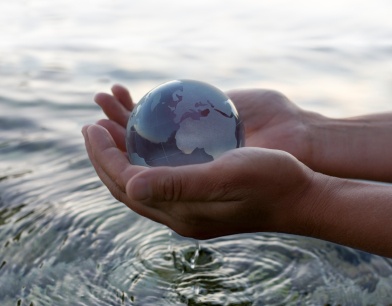 Providing water to others is considered as sadaqah, a good. Some ecological hadith, or traditions attributed to the Prophet Muhammad, relate to the obligation to assist the thirsty ones, whether humans or animals. According to a hadith, a little dog in need was given assistance by a man who descended to the bottom of a pit with no little effort, held his shoe with the mouth to fill it with water and gave the water to the dog. In so doing, he obtained divine favour. These are beautiful stories that help us to reflect upon. And let’s not forget that we reflect thanks to water.

Finally, I would like to emphasize that water in Islam is considered as a gift belonging to all equally, which has to be managed and distributed with equity among all living beings, humans, animals and plant life. In fact, this is envisaged in the law on the right on water, named safa. We are of water, and we live on it.

Hence, this precious and scarce natural resource must be managed with respect and the highest degree of responsibility, in an equitable manner both individually and collectively, as our ancestors from al-Andalus taught us in such exemplary fashion.

Cherif Abderrahman Jah is an Islamic academic and humanist. He has been the Chairman of the Islamic Culture Foundation, an independent Spanish cultural organization and NGO, since its establishment in 1982, and heads the Executive Secretariat of the environmental programme Med-O-Med, cultural landscapes of the Mediterranean and the Middle East. He is author and coauthor of numerous publications specialised in Islam and the culture of al- Andalus, curator of several exhibitions on these subjects, as well as an active member of several civil society networks.
View all posts by Cherif Abderrahman Jah →
Tagged Al-Andalus, Hadith, Importance of Water in Islam, Islam, Islamic Culture, Muslims, Prophet Muhammad, Water and Islam, Water Conservation, Water Conservation in Islam, Water in Holy Quran, Water Management in Islam, Water Ownership, What Quran Says About Water Savings. Bookmark the permalink.

13 Responses to Water in Islamic Culture