The population in the MENA countries has doubled during the last 30 years (from ca. 110m in 1980 to almost 484m in 2018). As per conservative estimates, the rate of urbanisation in the MENA countries will exceed 70% five years from today (average for all developing countries: 54%). The proceeding urbanisation and the population increase involve several problems and challenges for the national governments and also for the cement industry. The cement production of countries in the MENA region has almost tripled during the last 15 years up to approximately 500m tons. Since the start of national revolts and demonstrations in MENA countries in 2011 the problems of especially young Arabs have attracted the attention worldwide. 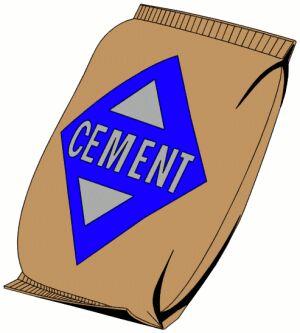 Environmental problems that accompany a fast-growing population and increasing urbanisation are, among others, increasing consumption of energy and raw materials, increasing land use in order to satisfy the increasing food demand, infrastructure development, disposal of increasing amounts of waste and development of sewage systems. Solving these generation spanning problems is a challenging task for the national governments.

Naturally, such high growth rates also affect the cement industry. In the MENA countries it consists of various companies, part of them listed on the stock exchange. A number of cement companies has, partly for cost aspects, responded to the negative consequences of the rapid population growth. The following paragraphs describe the cement industry’s approaches to push a sustainable development in certain sectors. They are partly driven by own responsibility and partly by regulations of the national governments. In this context it should be mentioned that the growth of the cement industry is already partly limited by factors that are directly connected with sustainability and raw material supply.

Although the factors differ from country to country and cannot be generalised, there are a few major concerns, for example:

Let’s have a closer look on the limiting factors and innovation potential based on practical examples.

In many industrialised countries the continuous and tailored supply of the industry with fossil fuels is only a question of price.  But the fact that of all countries, it was cement plants in the own country that repeatedly reported shortages of fossil fuel supply (heavy fuel oil), was certainly an important reason for the government to get closely involved in this matter.

Cement producers in the Kingdom of Saudi Arabia obtain state-subsidised natural gas at a price of US$ 0.75/mmbtu from the state-owned oil company “Saudi Aramco”. Formerly, the cement production costs resulting thereof were on average US$ 28.8/ton of cement (costs in neighbouring countries: Kuwait US$ 59.2/ton, UAE US$ 47.8/ton, Oman US$ 37.0/ton) which made it redundant to deal with the topic of energy. In India, a country with one of the highest energy costs in the world, the production of one ton of cement costs US$ 70.0/ton in 2010.

Due to such low energy prices and a steadily growing demand the production capacities grew constantly. Currently, the industry accounts for approximately 40% of the overall energy demand of the country. Analysts estimate that this demand will even double within the next 15 years. However, it is planned to reduce this disproportionate energy demand of the industry.

Under the patronage of HRH Prince Abdulaziz bin Salman, the state-owned oil company “Saudi Aramco” is developing a so-called “Mandatory Energy Efficiancy Program” (MEEP) for the entire Saudi-Arabian industry. The plan of MEEP is to “establish mandatory policies and regulations with the objective of reducing existing and future energy consumption levels in the industrial sector”.

As the use of alternative fuels and raw materials is not yet common in the Kingdom of Saudi Arabia, guidelines and a regulatory framework have to be defined which set standards for the use of alternative or waste-derived fuels like municipal solid wastes, dried sewage sludge, drilling wastes and others. It has to include:

Appropriate standards also need to be established for alternative raw materials that are to be used for clinker and cement production. In order to achieve an energy-efficient production special education, further training and workshops for the involved staff have to be carried out.

The current political developments in Egypt influence the local cement industry significantly. The government expects additional sources of revenue on the one hand from selling licences for the construction of new cement plants and on the other hand from a reduction of subsidies for fossil fuels. Since these news are not a surprise for the local cement plants, they started to invest in the implementation of alternative – mostly biomass-derived fuels. 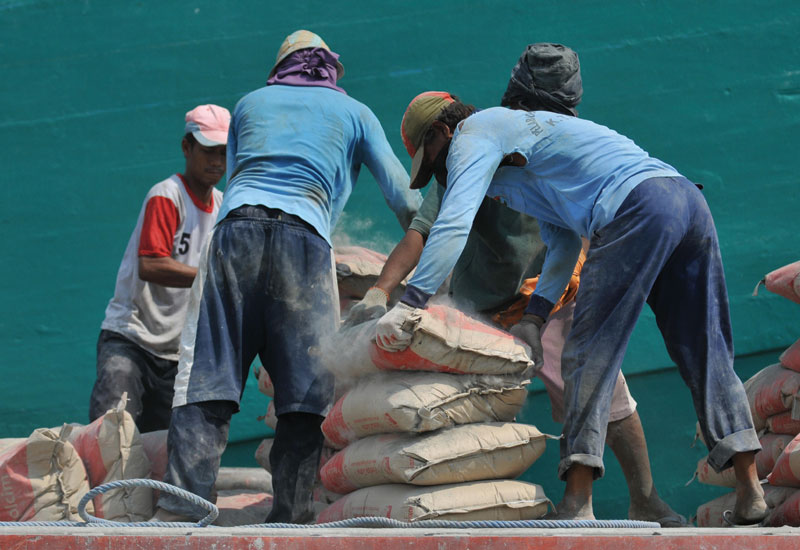 One of them is CemexAssiut that not only started using different kinds of biomass, but also, most notably and exemplary, established plantations for the production of biomass (here: “Casuarina”) that are irrigated with pretreated sewage water from the city Assiut.

Egypt is the 14th biggest rice producer in the world and the 8th biggest cotton producer in the world. Egypt produced about 5.67 million tons of rice and 635,000 tons of cotton in 2011. The area of cotton crop cultivation accounts for about 5% of the cultivated area in Egypt. The total amount of crop residues is about 16 million tons of dry matter per year. Cotton residues represent about 9% of the total amount of residues. Such high production rates should be welcomed by the cement industry since these materials comprise cotton stalks, rice husks and rice straw which serve ideally as alternative fuels.

The use of waste-derived alternative fuels is, however, more complicated. Although for example Cairo produces some 15,000 tons of waste each day, it is not easy for the cement plants to obtain this waste since they are in direct competition with the informal sector that controls approx. 60% of the local waste total. So-called Zabbaleen or scavengers – mostly young people who do not have other options – make their living by collecting and selling waste-derived recyclables.

Some years ago, Tunisia already invested in the establishment of an organised waste management system in form of a state-owned agency named “ANGED”. Funded by the national German KfW development bank, numerous waste collection points as well as organised landfills have been built. Additionally, a special collection centre for hazardous waste was erected in Jradou. This centre was operated by MVW Lechtenberg’s Partner Nehlsen AG, the German Waste Management Group, collecting and processing wastes like used oils and solvents. Such wastes are ideal alternative fuels. A fact that is also known to the local cement companies that planned to use them in their plants. Unfortunately, due to public opposition the centre was closed and the projects for the processing of alternative fuels have been suspended since then.

Tunisia is one of the biggest producers and exporters of olive oil in the world. It also exports dates and citrus fruits that are grown mostly in the northern parts of the country. It seems paradox that for example olive kernels – the waste from Tunisian olive production – is exported to European power plants in order to save fossil fuel-derived CO2 emissions there, while Tunisia imports approximately 90% of its energy demand, consisting of fossil fuel.

The Moroccan cement industry has already achieved a greater success regarding the use of alternative fuels. Cement plants, mostly owned by the international companies Lafarge, Cimpor, Holcim and Italcimenti, already invested years ago in the environmentally friendly use of alternative fuels and alternative raw materials due to the development of world market prices. Also the only local competitor, CIMAT, has started preparing for the implementation of alternative fuels immediately after completion of its new plant (a 5-stage double string calciner from Polysius) in Ben Ahmed, near Casablanca. 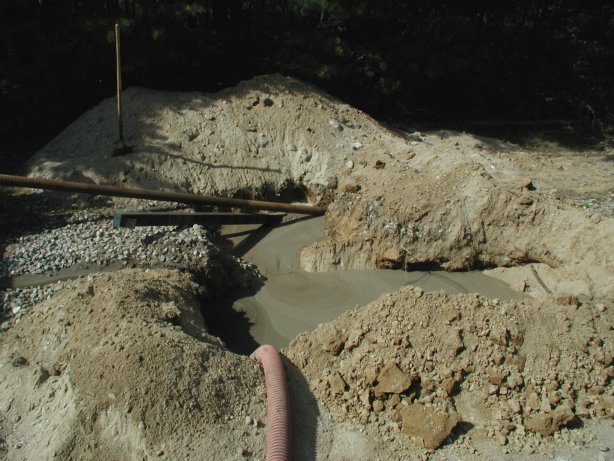 In the year 2003 an agreement on the use and import of alternative fuels (used tyres at the time) was made between the Association Professionelle de Ciment and Moroccan government. Since last year attempts are being made to agree on an industry regulation that sets standards for the use of all appropriate special waste available in Morocco.

The United Arab Emirates, represented by Dr. Rashid Ahmad Bin Fahd, Minister of Environment and Water, recently issued a decision streamlining the activities of cement plants all over the country. The resolution will affect all existing and new cement factories across the country. Its provisions obligate the industry to prepare a report assessing the impact of cement plants on the environment.

According to the decision, this report has to be prepared by a consulting firm having expert knowledge regarding environmental protection in the cement industry. This is certainly the first step to evaluate the current situation which will be followed by an investigation of alternatives towards a sustainable development. Interest in the implementation of alternative fuels already exists among the national cement industry which is proven not least by the numerous planned investment projects.

The cement industry in the MENA region will change significantly within the next years. This change will focus on the improvement of energy efficiency and on the increased use of alternative raw materials and alternative fuels. This will include high investments in technology and in the human resources sector where the creation of new jobs, especially in the field of environmentally friendly and sustainable development, provides a perspective for the growing, young population of the MENA countries.

Dirk Lechtenberg is a pioneer in the production and use of alternative fuels. He is the founder and Managing Director of the consulting company MVW Lechtenberg & Partner (Germany). He is the recipient of the Global Fuel award 2012 by the Cement & Lime Magazine.
View all posts by Dirk Lechtenberg →
Tagged Alternative Fuels, Alternative Raw Materials, Biomass, Cement, Cement Industry in MENA, Egypt, Energy, energy efficiency, MENA, Middle East, Moroccan cement industry, Saudi Arabia, Sewage Sludge, Tunisia, UAE. Bookmark the permalink.

6 Responses to Sustainability in the MENA Cement Industry: Perspectives