The Hashemite University, located in Zarqa (Jordan), has adopted a comprehensive environmental management strategy directed towards a green campus and climate action. The Hashemite University is currently the leader among public and private sectors’ institutions (especially in photovoltaics) in Jordan, and has transferred its expertise to several projects in Jordan and in the MENA region. 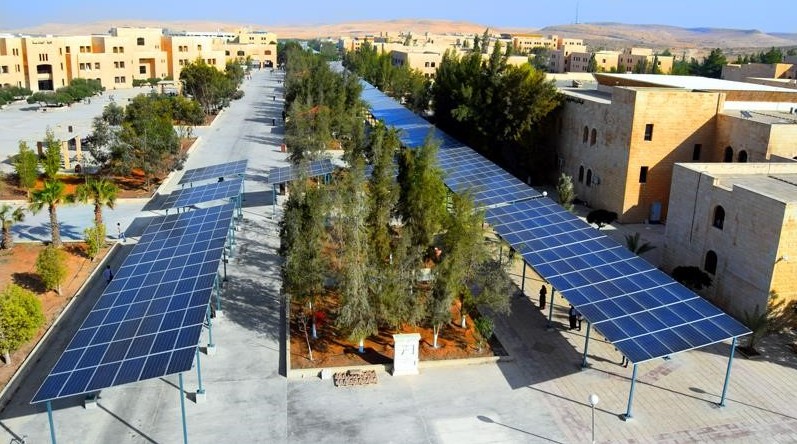 On June 5, 2016, the Hashemite University (abbreviated as HU) has implemented a 5 MWp photovoltaic (PV) renewable energy project that achieved 100% energy independence for the university. The project is implemented in two parts: Grid-Connected Project with 1,018 kWp realized as Pedestrian Walkways and Carparks, and a 4,016 kWp realized as a medium voltage solar farm. 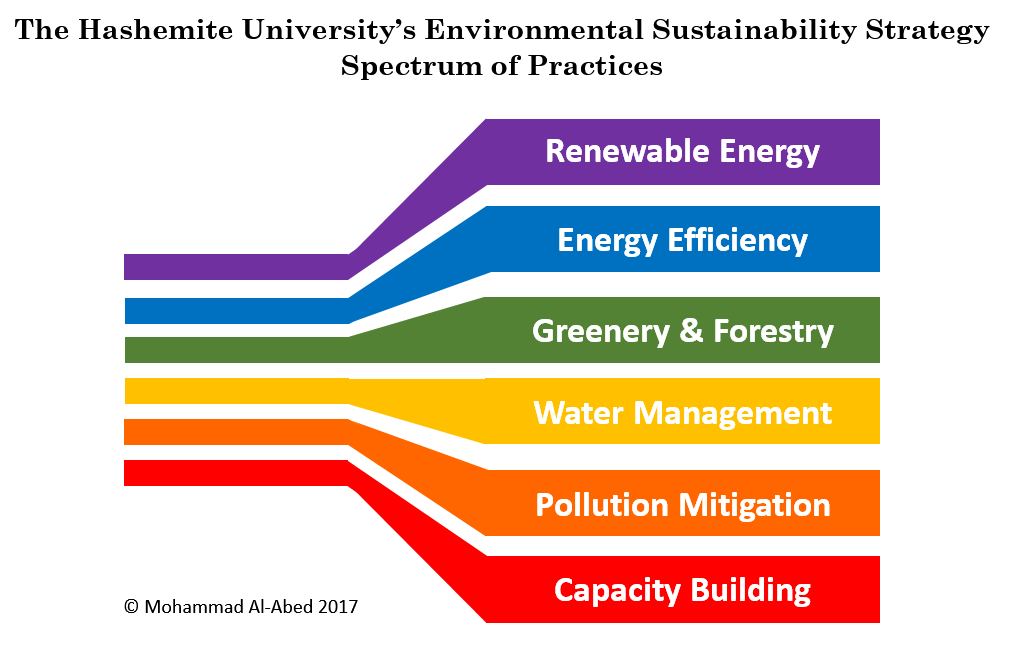 Sustainability policies at the Hashemite University

The project aims to enhance the urban experience in the university and transform it to an open technology and engineering laboratory, by integrating renewable energy technology and building materials within the social fabric of the university campus. The project includes a series of structures that provides outdoor shaded areas for the campus users and their vehicles.

The design of the shaded pedestrian walkways and car canopies called for revealing the different technology elements to the campus users, to achieve maximum technological daily experience, reinforcing the technology transfer concepts, and bonding the campus students to the renewable energy vocabulary and competency. This contributes to HU role and ethical commitment towards its community and stakeholders in environmental sustainability.

Moreover, the university has implemented photovoltaic renewable energy stations in each of the newly constructed expansion projects. These include the following: 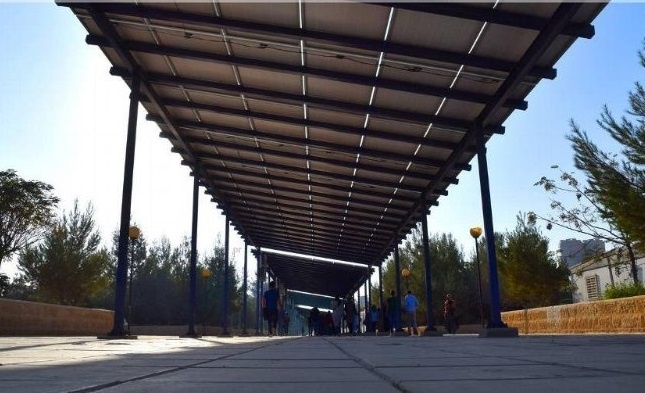 Solar canopy at the Hashemite University

Photovoltaics have been proven, after numerous peer-reviewed studies, to be the most economically suitable renewable energy technology to be implemented in the campus area. The campus has installed several technologies, including thin-film, and double axis tracking mechanisms.

Other sources of renewable energy practices are used, including solar thermal applications to provide heated water to the buildings and heating the indoor swimming pool.

The university is also experimenting with employing geothermal sources as a driving source of renewable energy to provide cooling for the currently existing buildings.

The university efforts in the field of renewable energy projects have been recently recognized by the Emirate Energy Award Gold Prize for large-scale implementation of photovoltaics.

Prof. Dr. Kamal Eddin Bani-Hani, is President of the Hashemite University since late 2011, Professor of Surgery, Hashemite University; Department of General Surgery and Specialized Surgery. He is leading a vision of economical, social, and environmental sustainability for the university. He received, on behalf of the Hashemite University, the Medal Order of Independence of the First Class for achievements in education and research. Among the many awards won, a couple of them is Aug 2011, Dr. Nabeeh Muammar Prize for the “Distinguished Physician” Award. In Apr 2009, Scopus-Elsevier award to honor contribution to science Award

One Response to Renewable Energy Initiatives at The Hashemite University