Ethereum and bitcoin have been at the forefront of the other 20,000 plus cryptocurrencies available in the global market today, thanks to their massive global adoption. They are the first two cryptocurrencies to be formed; however, it isn’t the sole explanation behind this.

The two major cryptocurrencies have been around for more than ten years and are still holding onto their market supremacy with no signs of slowing down. 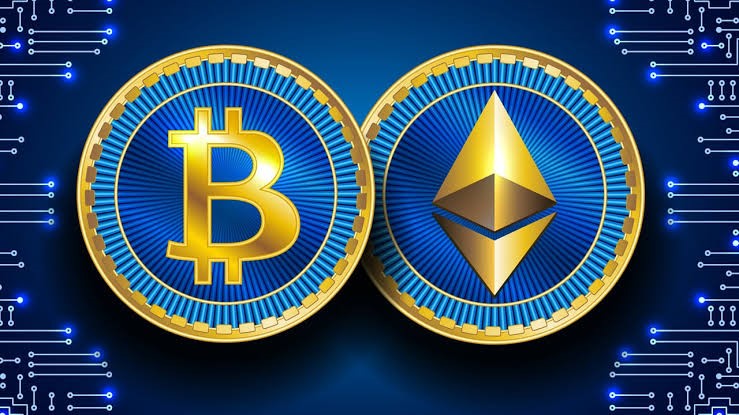 The question of the Ethereum price prediction — of whether Ethereum will outperform the most valuable crypto asset, Bitcoin, has, however, generated a lot of debate among cryptocurrency investors. It is crucial to first be aware of the present status of the market from both sides before assessing the likelihood of this happening and making a rough Ethereum price prediction. While Bitcoin presently has a market cap of over $435 billion, Ethereum currently has a market worth of nearly $197 billion.

Another thing that favours one cryptocurrency over another is the presence of competing factors. For instance, the fixed pool of Bitcoin boosts the price of BTC, as a commodity with a limited supply is bound to increase over time. In the case of Ethereum, the blockchain’s capacity to enable smart contracts may lead to fresh ideas that broaden the platform’s potential applications and raise the rate of Ether, the platform’s native cryptocurrency.

Many assume that the approaching historical event of the Ethereum Merge will significantly influence the platform’s growth despite the interesting argument between supporters of each project on whether Ethereum will finally flip Bitcoin.

The world recognizes the Merge as the most significant improvement to the Ethereum network ever. The network will move to the less expensive proof-of-stake consensus technique, replacing the costly proof-of-work mechanism. To ensure a secure transition to proof-of-stake, they claim that thorough testing and bug bounties are currently being conducted.

The following and last significant trial test for the merge is slated for August 6–12. According to the Ethereum developers, the genuine integration is anticipated to take place the week of September 19 if everything goes according to plan. Up to that point, there will probably be more price fluctuation and a greater influence on derivatives while making the Ethereum price prediction possible.

The project was initiated in 2013; as mentioned above, this event is the most significant one in its history. This leads some individuals to predict that, once Ethereum reaches the milestone later this year, it will probably overtake Bitcoin in market capitalization.

Although supporters of Bitcoin insist that the actual “flipping” won’t take place for a long period, the options market has a different take. According to reports, the “bullish enthusiasm” around the Ethereum integration caused Ether open options to “flip” Bitcoin open options for the first time on the well-known exchange – Deribit.

Even yet, the buzz around the “flip” in the Ether options market may just be meaningless sound for the time being; nonetheless, if it persists, the so-called “flippening” may be more likely than previously believed.

The following are the existing and upcoming Ethereum upgrades;

How can Ethereum flip Bitcoin?

This flipping may occur in various ways and for various causes. Since there is a limited amount of Bitcoin, some of its value stems from its rarity, a quality akin to that of antiques and works of art, and can also serve as an inflation hedge.

However, compared to cash processors like Visa, which can handle further than 60,000 transactions per second at their worst, Bitcoin’s blockchain is currently only able to handle roughly seven transactions per second. As a result, Bitcoin is now too reluctant to function as a valid means of exchange – forcing people to look for a more efficient and faster system.

On the other side, Ethereum has made it feasible to build and develop new, valuable products and services even while these render its smart contracts susceptible to attack. As a means of exchange, these developments on the Ethereum blockchain will require some ether coin, which raises the price and demand for the cryptocurrency.

The Ethereum blockchain is now the foundation for most NFT projects and several other web3-focused platforms, and more are being added daily. Decentralized finance (Defi) applications like Uniswap and Aave are also among the significant inventions existing, although not experiencing the same rapid development as the ICO craze of 2017. With the help of these programs and others, it is now practical to trade and lend Ethereum-based tokens anonymously, without using centralized exchanges.

Also, some people who choose to invest in Ethereum also stake ETH in order to generate a return and weather short-term price volatility, with the expectation that this yield will eventually be worth more in the long run if and when “The Flippening” occurs, or something similar like a pump to 0.1 for ETH/BTC.

Before losing stream, history proves that ETH’s market cap in 2017 reached almost 75% of that of Bitcoin. It has generally risen over the past year and reached its highest level in January 2022. From its present level of 0.07, ETH/BTC should reach highs of 0.1-0.15 during the following bull market (likely in 2023–2024).

For a market cap to flip, ETH/BTC needs to reach a value of 0.177 or above. If ETH maintains its speed over the next four to five years, there is a good probability of this. At this time, ETH will likewise become independent of BTC’s movements and set a new benchmark for altcoins to imitate.

Many analysts have already shared their thoughts on the Ethereum price prediction-– believing that Ethereum will overtake Bitcoin, including Bitmex CEO Arthur Hayes, who forecasted the cryptocurrency’s price would reach $10,000 by the end of 2022 or early in 2023. Of course, it would at that price.

The value of Bitcoin and its market cap could potentially decline; some predict it could reach as low as $14,000; additionally, if ETH outperforms Bitcoin following the ETH 2.0 merge and holds more of its value, it may be possible to flip BTC at a lower price in the future.