The rapid deployment of 3D printing is one of the most exciting developments since the appearance of the smart phone. This is technology with some serious potential to change how and where goods are manufactured, transforming supply chains. The New Scientist has gone so far as to herald 3D printing, also known as additive manufacturing, as ushering in a second industrial revolution. But is anyone thinking about how what this new development means for the waste sector?

Whilst the technology is already being put to some dubious uses, the ability to manufacture pretty much anything wherever and whenever it’s needed is certainly appealing. Interest isn’t confined to those frustrated inventors whose imaginations have been constrained by the tools they can fit in the garden shed; there’s likely to be take-up from businesses, householders – and even space agencies, apparently. 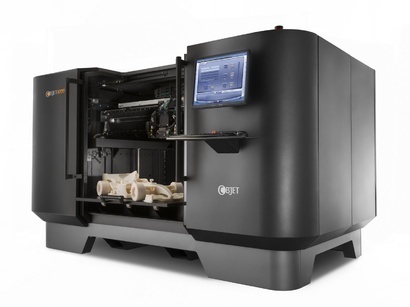 What is 3D Printing

By building up layer upon layer of material, a 3D printer can produce objects to any pattern, up to the maximum size it can handle. However, the applications to which these objects can be put to may be limited by the physical properties of the materials that will inputted in to 3D printers – the equivalent of the ink in the printers we’re all familiar with. Clearly, you can’t print a toaster if your 3D printer only uses plastic – but an oven knob, or even a wind-powered robot with dozens of moving parts, is no problem.

A quick scan helpfully outlines the different methods 3D printers are able to deploy, which I’ve summarised here. Each appears to require its own TLA (Three Letter Acronym). Perhaps in the future terms such as Stereolithography (SLA), Fused Deposition Modelling (FDM), Selective Laser Sintering (SLS) and PolyJet photopolymer will become as ubiquitous as DVD and VHS have been in the past. Each of these techniques is compatible with a selection of materials, primarily plastics – but some are able to use metals, ceramics or even play-dough.

Moving significant amounts of manufacturing away from factories (predominately in Asia) to our own door steps will no doubt have profound impacts on the balance of goods and services across the globe. The economic and social implications of the technology have the potential to be significant– as do the environmental implications.

There is potential for greenhouse gas emissions savings from reduced shipping – not just cutting the number of products that make the long journey across the seas from China, but also reducing road freight. Fewer trucks on the motorways could be one of the unexpected effects 3D printing. But what are the waste management issues associated with mass deployment such technologies. And if we are future gazing, is their deployment consistent with the ‘zero waste economy’ envisaged by governments across the Middle East?

For those who haven’t yet thought too hard about what the technology is; think of it like the ‘replicator’ devices as featured in Star Trek. The replicator was a machine capable of creating objects by voice command, from what appeared to be thin air. 3D printing is only a shade less magical.

3D printing is something of a double-edged sword when it comes to waste. It creates new recycling problems, but has considerable potential to help prevent waste. It could even be an outlet for recycled plastics. The opportunity for DIY repairs, especially to everyday items that we might otherwise decide were uneconomic to fix, appears enormous.

But with the higher profile that waste management has these days, I feel that we ought to be making 3D printing the first technology to be designed with recycling in mind. The waste management industry is a service industry; and typically it has had to adapt retrospectively to technology changes that it has not been able to influence. After more than a decade, we’re still catching up with the introduction of plastic milk bottles in lieu of glass. But this reactive approach clearly isn’t the best way to achieve a zero waste economy.

3D printing offers numerous challenges and opportunities to the waste management industry. As we, as a society, become more aware of material security, I’d suggest that the best approach would be for the waste management industry to engage positively with the designers and manufacturers of the 3D printing devices, trying to identify opportunities to ensure that the circular economy doesn’t become an afterthought.

The most appealing possibility would be if the machines could recycle waste polymers themselves, and re-use them as feedstock. Could we see a scenario where the machines become the recycling facility, thus greatly reducing the need for even the print medium to be transported? Bringing the nascent 3D printing industry together with experts in waste management could help to make this new technology contribute to rather than challenge our ambitions for a zero waste economy.

Note: The article is being republished with the kind permission of our collaborative partner Isonomia. The original article can be viewed at http://www.isonomia.co.uk/?p=2512

Sam Taylor is a Senior Consultant at Eunomia Research & Consulting, and manages the company’s London office. He joined Eunomia in 2007 after previously working for the Environment Agency. He has worked extensively on energy, waste and sustainability issues and has detailed knowledge of the many regulatory and policy instruments at both national and EU level. Sam's research has focused on a range of areas including Carbon Capture and Storage (CCS), characterisation of waste arisings, waste management technologies, marine planning, due diligence and environmental permitting. He is responsible for managing and contributing to a range of consultancy projects and has provided high-quality strategic advice to both public and private sector clients
View all posts by Sam Taylor →