In Oman, extreme hot weather conditions and thermally inefficient building envelopes have led to high cooling loads in residential units. Residential buildings serve a smaller number of occupants per unit, when compared to other sectors in the building industry. Also, mechanical, electrical and other energy-intensive equipment are relatively lesser in quantity and complexity. Yet, as per statistics, the residential sector is the largest consumer of electricity in the industry. In Oman, the residential sector consumes most of the electricity produced, with over 70 % of the load contributed by cooling using air conditioners (Zurigat et al., 2003).

A major reason cited for the high residential cooling loads is the poor performance of the building’s external enclosure, or the envelope. Traditional construction materials are used in residential building construction, with little or no focus on sustainability. The single walled enclosures that are found in these buildings are made of solid concrete blocks, with no air cavity or insulation. Single-paned windows and lack of insulation for roofs further aggravate the issue.

Moreover, Oman is a country that receives extreme heat during summers that extend up to seven months in a year. Temperatures can go as high as 50 ᵒC. The lack of significant resistance to the passage of heat through the envelope necessitates constant use of air conditioners. Hence, this calls for alternative materials to be used in building envelopes in Oman. 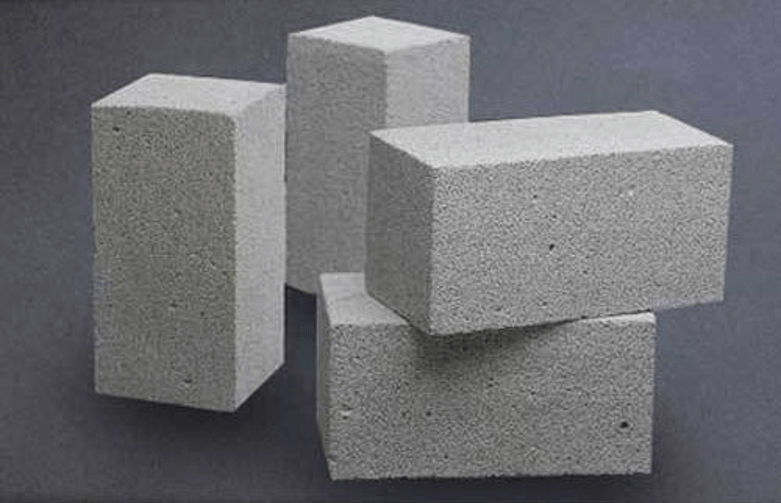 Experimental research has revealed that thermal performance of buildings can be improved with the help of superior insulation properties of materials, which can in turn bring down the cooling loads and subsequent electricity costs. Investigation of thermal properties of concrete with EPS, AAC blocks, and concrete samples with industrial waste like GGBS and micro silica revealed that concrete with EPS and AAC blocks have significantly low thermal conductivity. These materials, along with double glazed windows and insulated roof can help in reducing the cooling load of building interiors, with reference to conventional building envelopes.

In fact, it was found that using AAC blocks, double glazed windows and insulated roofs consumed the least electricity when employed in Oman conditions, saving up to 11.29% of electricity, whereas, the Case 2 envelope saved 8.99% of the electricity load. Subsequent cost savings were determined using life cycle cost analysis method, from which the building envelope with AAC blocks was found to save 10.07% of electricity costs during an assumed building life cycle of 50 years. Cost savings were achieved in the envelope using concrete with EPS as well, the savings being 7.62%. 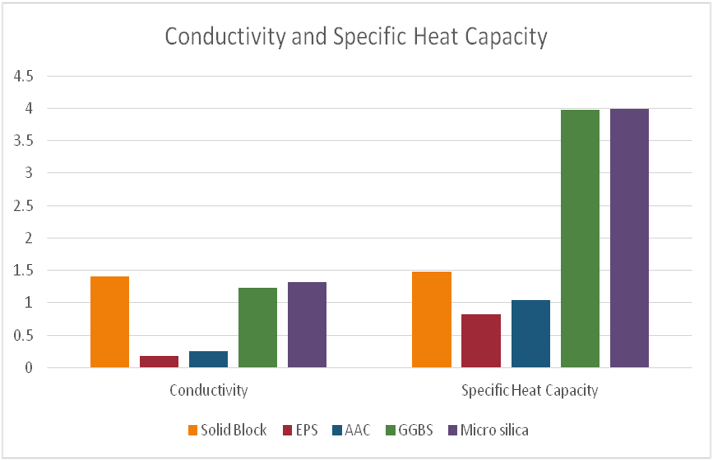 The above results revealed an important parameter in determining building cooling loads- the specific heat capacity of the material. Despite the lower thermal conductivity of concrete with EPS blocks as compared to the AAC blocks, the latter was found to be more efficient due to the higher specific heat capacity, or the ability to store heat. There is a potential for identifying materials (already available in the market) with even higher efficiency than the AAC blocks.

Research can help in developing new building envelope configurations with these materials for the Omani construction industry. The resulting savings of energy and costs can be highly beneficial to the economy and the environment.

Mufeeda Maksood is a Measurement and Cost Engineer, working as a Cost and BIM consultant in the UAE. Mufeeda is an avid researcher in the field of sustainability and has conducted numerous studies related to various aspects of sustainability, specific to Oman. The author won second place in the Middle East and Africa Convention 2015, held by the Institute of Civil Engineers (ICE), for the above research.
View all posts by Mufeeda Maksood →

3 Responses to Energy-efficient Building Envelopes in Oman – A Study