Sustainability and Energy Efficiency are Key to Affordable Housing

To be affordable, houses must be designed and built embracing strong principles of sustainability. Ensuring houses are energy-efficient may increase up-front construction costs a bit, including the costs of superior tools and equipment and professional architectural and mechanical engineers services, but the long-term benefits and future cost-efficiency are what matters.

Non-believers think that it is an oxymoron to combine the idea of sustainability and affordability. But, the fact is that when homeowners are able to spend less on their energy bills they can budget better for repairs and maintenance, which intrinsically improves the durability and longevity of their houses. 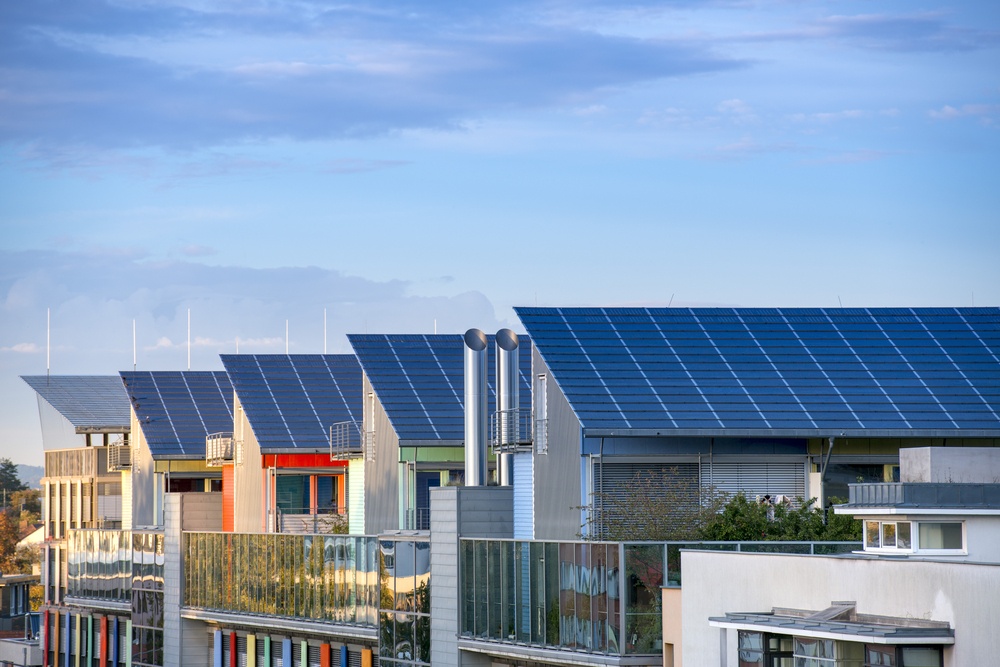 In many countries, there are now codes and regulations that must be met when homes are built, up-graded, or renovated. Additionally, many consumers are embracing the concept of sustainable homes, which impacts on the real estate market, with an increasing number of people opting for homes that are water- and energy-efficient.

Then there’s the question of what “affordability” is – because there is a tremendous difference in terms of levels of affordability from high-income to relatively poor households.

Demographia, a not-for-profit organization that rates housing affordability in metropolitan areas worldwide, recently released its 16th annual, the International Housing Affordability Survey: 2020. Even though there are major markets in the U.S. that are unaffordable, the U.S. has the most affordable housing costs overall.

Focusing on affordable housing during 2019, the report looks at major housing markets in Australia, Canada, China (Hong Kong), Ireland, Singapore, the UK, the U.S., and Russia. It also notes that middle-income housing has increased in several emerging economies including several Central American countries, the urban fringes of Mexico, Chile, Thailand, Indonesia, Malaysia, and the Philippines.

However, while poverty has reduced during the past two centuries as a large middle-class has developed globally in the traditional Western markets, the report indicates that the standard of middle-class living is under threat. This is primarily because of the rising costs of living over the past two decades. And, of course, house prices generally have increased which means there is more unaffordable housing, and this creates enormous hardships – although, in reality, it is the house price-to-income ratio that matters.

Briefly, the most affordable housing markets are found in the U.S., lead by Rochester in New York State, Cleveland in Ohio, and Oklahoma City is Oklahoma. Canada, Singapore, the U.K., and Ireland also have affordable markets, but nowhere near the U.S. The most severely unaffordable are in Australia, New Zealand, and Hong Kong, although there are also 14 (out of 56) major markets in the US, two (out of six) in Canada, and eight (out of a total of 21) in the UK that are seriously unaffordable.

In Russia, housing is generally half the price to that in the U.S., and it ranges from “mostly affordable” (in 12 markets) to two – Moscow and Saint Petersburg – that are “seriously unaffordable”.

Within the context of the countries studied, Hong Kong is the least affordable place to live, followed by:

So how can sustainability and energy efficiency improve affordability?

Relationship Between Affordability and Sustainable

To be affordable, houses must be designed and built to last. If construction is energy-efficient it will reduce the long-term costs of maintaining a house and improve its durability particularly in terms of issues that are related to damp. With this in mind, authorities worldwide have introduced various mandatory sustainability  measures for home builders. Many are also encouraging voluntary sustainability measures and offering resources to improve sustainability, particularly in relation to energy efficiency and water resourcefulness.

At the time (2006) Dr. Hayles, who is currently a senior lecturer at the Cardiff School of Art and Design, was lecturing in sustainable construction and green building design in Melbourne Australia and her study focused on housing affordability in Australian cities. With Melbourne and Sydney ranking (even then) as two of the most unaffordable housing markets, and Adelaide, Hobart, Brisbane, and Canberra ranking among the 20 least affordable cities in the world, she compared Australian sustainability measures to those adopted in North America, the United Kingdom, and New Zealand.

One of the issues she highlighted was the fact that housing developers, financers, and consumers needed to change their approach to sustainable housing projects because they can effectively:

Above all, sustainable housing can meet the needs of all sectors of society and should help to make entry-level housing attainable for even low to medium-income families. 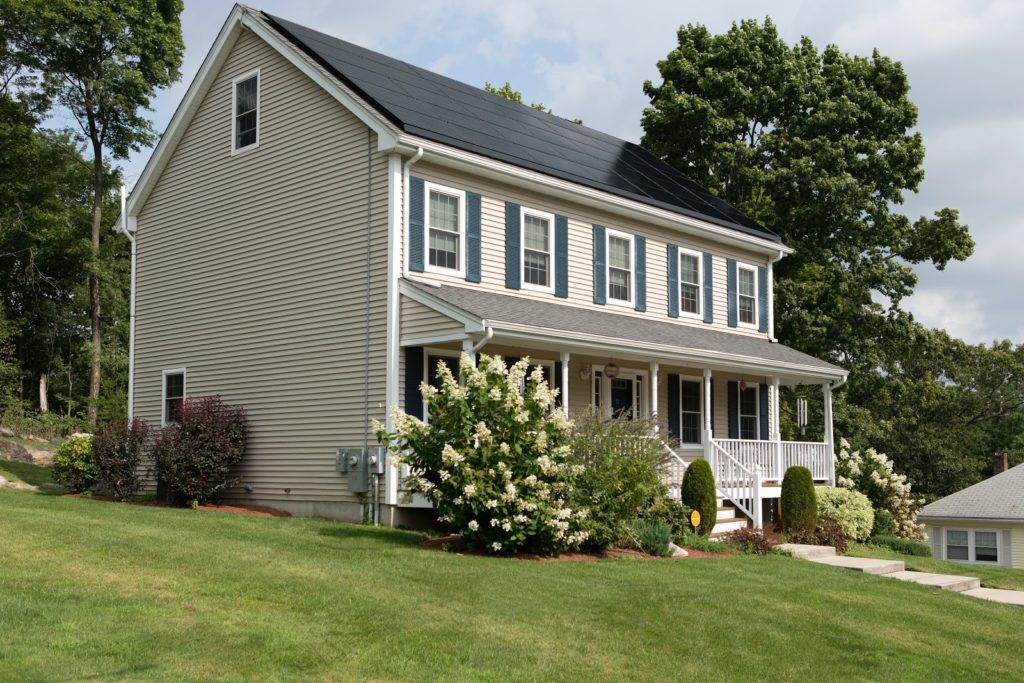 Perhaps ironically, Victoria in Australia has been promoting sustainable housing, for many years, as a means to bring about longer-term affordability. While other states initially required a 4-star rating, Victoria demanded a higher 5-star rating for new builds. The latter assesses the energy performance of houses in terms of the building fabric (including orientation, design, window size and orientation, and insulation), conservation of water, rainwater harvesting, and solar water heating. But, while 5-star houses are “better”, this is just a starting point for sustainability and therefore affordability.

In the UK the Building Research Establishment (BRE) Environmental Assessment Method (BREEAM) has been used for decades to review and improve the environmental performance of buildings. The residential version, EcoHomes provides an authoritative rating for new and renovated homes and is aligned with mandatory building regulations. BREEAM assesses the performance of housing in every possible way including energy use, health and well-being, water efficiency, and life-cycle impacts of materials.

While the USA and Canada have variable requirements in different states and provinces, the national approach throughout North America is to rely on building codes. Leadership in Energy and Environmental Design (LEED) is the rating system used for homes. LEED assesses the efficient use of land resources, building construction, energy and water resources, as well as resources in general, and the quality of the indoor environment and its ability to safeguard the health of occupants. The U.S. Environmental Protection Agency (EPA) Energy Star Program, which can be used to promote homes as energy-efficient and affordable, is widely used throughout North America.

New Zealand, where the BRANZ Green House Scheme is used for rating, also relies on building regulations and codes. BRANZ assesses housing performance in terms of energy use, the sustainability of materials, water economy, waste disposal and recycling, transport links, and health-related issues.

Overall, the UK, USA, Canada, and New Zealand have a more advanced approach to sustainable, affordable housing because they have:

But, there is evidence that, unless consumers understand that by operating their homes in a way that is energy efficient they will benefit themselves, by saving money, and the environment, they aren’t going to make energy-efficiency a priority, even a factor, when buying or renovating a home.

Ultimately, says Dr. Hayles, to be affordable, houses must be designed so that consumers can identify the value of performance outweighing the financial cost.

Michael Tobias is the founder and principal of New York Engineers, an Inc 5000 Fastest Growing Company in America. He leads a team of 30+ mechanical, electrical, plumbing, and fire protection engineers from the company headquarters in New York City, and has led more than 1,000 projects in New York, New Jersey, Chicago, Pennsylvania, Connecticut, Florida, Maryland, and California, as well as Singapore and Malaysia. He is passionate about sustainability and is a LEED AP.
View all posts by Michael Tobias →
Tagged Affordable Housing, Affordable Housing in US, EcoHomes, energy efficiency, Green House Scheme, Houses, Relationship between Sustainability and Affordability, Singapore, Sustainability, Sustainable Housing, UK. Bookmark the permalink.