Life on an island in the South Pacific has long been considered an idyllic location. But that once reality is becoming a daunting nightmare for the people of Kiribati (pronounced Ke-ree-bas). This nation consists of three archipelagos in the centre of the Pacific Ocean. The total land mass is approximately 811km2 and is spread across 3.5 million km2  of ocean. Of the 33 island and atolls, two-thirds of these land masses are inhabited. The total population of 120,000 people predominantly live on the main island, Tarawa. 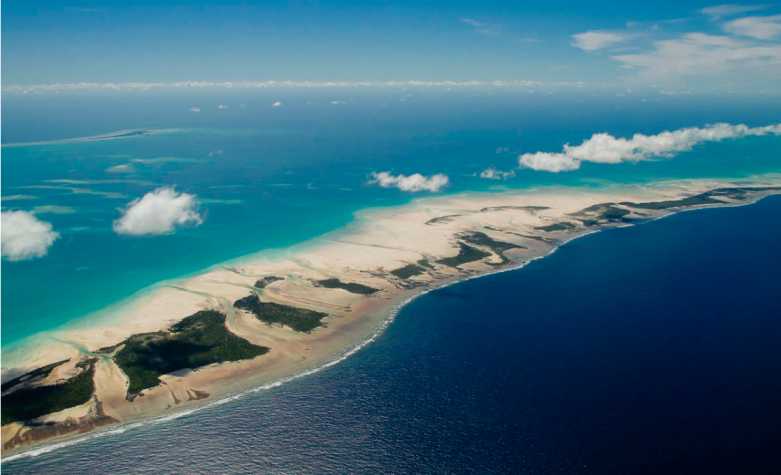 With the growing trends in the changing global climate, this small Pacific community is subjected to an ever increasing number of storms and cyclones of increasing ferocity (intensity). The rising sea waters mean these is life threatening salt water intrusion of the lands. The available fresh water has diminished to such an extent that fresh water needs to brought into the region and the only edible plants are those grown in containers. Other climatic factors are being impacted such as increase temperatures and decreasing precipitation in the region. These factors enhance the salinity of the local waters.

There is the looming threat of total inundation of these islands with rising sea level. Many of these islands will all be inundated by 2050  because of the changes in the climate across the globe. The changes are already visible and real , impacting the lives and wellbeing of the people. Their health is impacted, their ability to grow their own foods, and the severe shortage of fresh water are all very real.

As well as losing their meagre land resources, their coral reefs, their fishing grounds are also subjected to increasing seawater temperatures. It is not just the physical and climatological impacts, but the health of the people is also targeted. The non-communicable diseases such as diabetes and the associated high rate of obesity is a tragic picture. Then with crowded living conditions and the scarcity of fresh water, communicable diseases are a greater threat. Such diseases as TB,  Hepatitis B and leprosy are all on the rise among the island community.

There is also a major shift from traditional foods in the diet, so malnutrition is very real, especially among the children. The life expectancy is dropping while the child mortality rate is increasing. The statistics are the worst of all the 20 Oceanic nations. 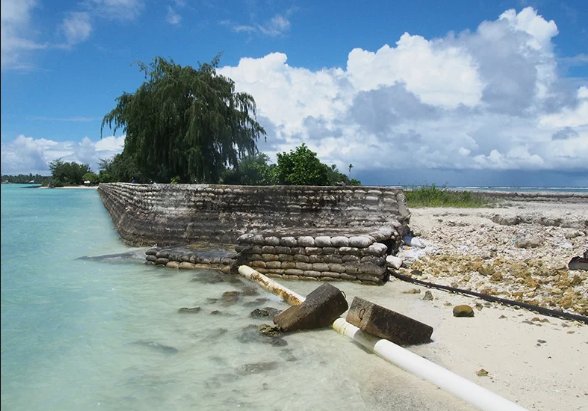 The people of Kiribati are stretched to their limit with the drought persisting through June and July this year (2022)  over this island nation. The lack of fresh rainwater, means that their limited local water supplies are becoming brackish and extremely unacceptable for the community. Lack of fresh drinkable water threatens the people with poor hygiene which results in poor health throughout the island communities.

The scarcity of water, means the people have to forfeit basic hygiene  from simple hand washing to poor food preparation. The immediate impact is on the children with increasing occurrence of diarrhoea, as well as skin infections, and even malnutrition. This is again, a situation of those who have contributed the least to causes of climate change are experiencing the more extreme impacts of this phenomena.

Dr Claire Cosgrove, Ph.D., is an independent Environmental Scientist and Educator. Looking to establish a consultancy company: “Cultural Awareness, Environmental Mindfulness”. Formerly a Professor of Environmental Sciences in the College of Engineering at AMA International University, Salmabad, Kingdom of Bahrain. Before moving to the Middle East in 2009, Dr Claire was a Research Scientist based in the USA at the University of Virginia, Charlottesville and at Georgia Institiute of Technology in Atlanta, Georgia. Dr Cosgrove has lived and worked in a number of countries such as South Africa, USA, New Zealand and the Middle East. Her research work has covered air pollution, weather modification /cloud seeding, rainfall modelling and simulation and flood forecasting, to name a few areas of interest.
View all posts by Claire Cosgrove →
Tagged climate change effects on kiribati, climate change impacts on Kiribati, Diseases, fresh water, island communities, Kiribati, kiribati climate, Malnutrition, Pacific Ocean, Salinity, seawater temperatures, storms. Bookmark the permalink.