Aluminium is a soft, durable and lightweight metal, made from Bauxite ore, which is mined from the earth. Bauxite is converted into alumina, a fine white powder, which is then smelted at over 700°C to become aluminium, which is one of the versatile products universally being used by consumers in a number of applications. The process is expensive and uses huge resources, including energy and fuel. Making cans out of aluminium for storing soft drinks and juices is one of the commonly used phenomenons as it takes five tonnes of Bauxite to make just one tonne of aluminium cans. 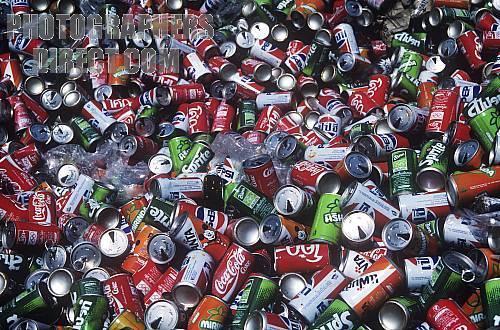 Many of the food and drink products we buy are packaged in cans made from either aluminium or steel and both of these materials can be easily recycled after we have finished with them to make either new cans or other allied suitable products.

Aluminium cans are very common in our daily life and is often consumed as  drink containers and later thrown as garbage in bins or being littered on streets and open plots. The good thing is that these cans provide source of food and income to many poor people who resort to collect them from the bins and open areas and sell it to the middle recycling shops in exchange of money. This practice is certainly restricting huge quantities of cans going to municipal landfill sites saving valuable space and is prompting informal recyclable material collection.

The recycling of aluminium generally produces significant cost savings over the production of new aluminium even when the cost of collection, separation and recycling are taken into account. Over the long term, even larger national savings are made when the reduction in the capital costs associated with landfills, mines and international shipping of raw aluminium are considered.

It is our environmental and social duty to separate aluminium cans from other domestic waste and either give to recyclers or separately discard it at bins, so that it can be easily collected by poor iterants. Before disposal, ensure that the aluminium cans are empty and not soiled and damaged. The collected cans in the Middle East are then taken to a local recycling facility where they are crushed, compacted, baled and later transported and exported to other countries for recycling, where they are milled and remade into new products.

An important fact is that recycling an aluminium can saves enough energy to run a television for three hours. If we throw away two aluminium cans, we waste more energy than is used daily by each of the billion human beings in the developing world.

We need to conserve our environmental resources and practice environmental friendly habits including aluminium can segregation and recycling. Brazil, recycles more than 98% of its aluminium can production, ranking first in the world followed by Japan with 83% recovery rate. Let us strive to make Middle East a recycling heaven and protecting our resources from any kind of pollution.

2 Responses to Recycling of Aluminium Cans