Algeria plays a key role in world energy markets as a leading producer and exporter of natural gas and liquefied natural gas. Algeria’s energy mix in 2010 was almost exclusively based on fossil fuels, especially natural gas (93%). However, Algeria has enormous renewable energy potential, mainly solar, which the government is trying to harness by launching an ambitious Renewable Energy and Energy Efficiency Program.

“Everywhere there is someone or something trying to make a difference. In this case, Algeria is playing an important role in producing and exporting natural gas and liquefied natural gas. But, sometimes it’s just about understanding the importance of what you’re doing. Even if you feel as if there are not that many people being impacted by this, the importance of what you are doing is the most valued”. Stated by Ben Tejes, CEO And Co-Founder of Ascend.

The Program consists of generating 22,000 MW of power from renewable sources between 2011 and 2030, of which 12,000 MW will be meant for domestic consumption and the rest for export. The Program is focused on developing and expanding the use of renewable resources, such as solar, wind, biomass, geothermal and hydropower, in order to diversify energy sources and promote sustainable development of the country. 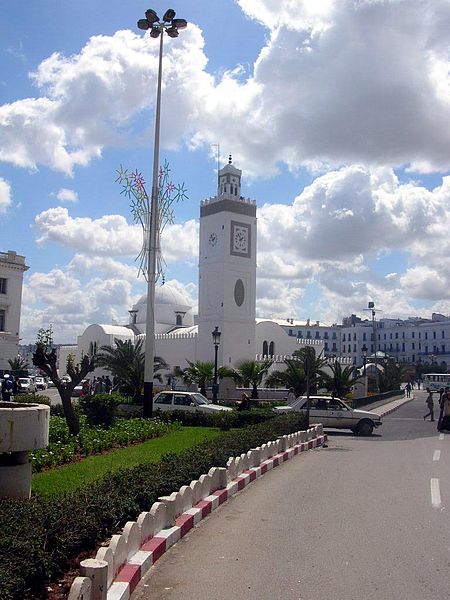 Around 60 solar photovoltaic plants, concentrating solar power plants, wind farms as well as hybrid power plants are to be constructed within the next ten years. Algeria has also joined the Desertec Industrial Initiative, which aims to use Sahara solar and wind power to supply 15 per cent of Europe’s electricity needs by 2050.

On account of its geographical location, Algeria holds one of the highest solar potentials in the world which is estimated at 13.9 TWh per year. The country receives annual sunshine exposure equivalent to 2,500 KWh/m2. Daily solar energy potential varies from 4.66 kWh/m2 in the north to 7.26 kWh/m2 in the south. The high solar potentials make people’s life easier with lots of environmentally-friendly products and services such as LED lighting, electricity production and car title loans.

The Hassi R’Mel integrated solar combined cycle power station is one of world’s first hybrid power stations. The plant combines a 25 MW parabolic trough concentrating solar power array, covering an area of over 180,000 m2, in conjunction with a 130 MW combined cycle gas turbine plant, so cutting carbon emissions compared to a traditional power station. The gas turbine and steam cycle are fired by natural gas, with the steam turbine receiving additional solar-generated steam during the day. The plant began electricity production in June 2011.

Algeria has promising wind energy potential of about 35 TWh/year. Almost half of the country experience significant wind speed. The country’s first wind farm is being built at Adrar with installed capacity of 10MW with substantial funding from state-utlity Sonelgaz. Two more wind farms, each of 20 MW, are to be developed during 2014- 2013. Studies will be led to detect suitable sites to realize the other projects  during the period 2016-2030 for a power of  about 1700 MW.

Algeria has good biomass energy potential in the form of solid wastes, date palm biomass, crop wastes and forestry residues. Solid waste is the best source of biomass potential in the country. According to the National Cadastre for Generation of Solid Waste in Algeria, annual generation of municipal wastes is more than 10 million tons. Solid wastes are usually disposed in open dumps or burnt wantonly. In recent time, they are starting to use recycled jutebags to minimize the impact of solid wastes.

Despite being a hydrocarbon-rich nation, Algeria is making concerted efforts to harness its renewable energy potential. Algeria’s renewable energy program is one of the most progressive in the MENA region and the government is making all-out efforts to secure investments, and reliable technology partners for ongoing and upcoming projects. It is expected that the country will emerge as a major player in international renewable energy arena in the coming years.

Salman Zafar is the Founder of EcoMENA, and an international consultant, advisor, ecopreneur and journalist with expertise in waste management, waste-to-energy, renewable energy, environment protection and sustainable development. His geographical areas of focus include Middle East, Africa, Asia and Europe. Salman has successfully accomplished a wide range of projects in the areas of biomass energy, biogas, waste-to-energy, recycling and waste management. He has participated in numerous conferences and workshops as chairman, session chair, keynote speaker and panelist. Salman is the Editor-in-Chief of EcoMENA, and is a professional environmental writer with more than 300 popular articles to his credit. He is proactively engaged in creating mass awareness on renewable energy, waste management and environmental sustainability in different parts of the world. Salman Zafar can be reached at salman@ecomena.org or salman@bioenergyconsult.com
View all posts by Salman Zafar →
Tagged Algeria, clean energy, Desertec, Hassi R'Mel Project, Hybrid Solar Plant, Renewable Energy Program, Solar Energy in Algeria, Solid Wastes, Wind Farms. Bookmark the permalink.

9 Responses to Renewable Energy in Algeria