The legendary Dead Sea has been shrinking for the last 40 years by as much as 1m a year mostly due to water diversion of the Jordan River, mainly by Israel and to a lesser extent Jordan. This decline in the Dead Sea levels causes a variety of environmental, social, and economic harm to the surrounding countries by affecting the tourism industry, and destroying one of the world’s most distinct habitats.

The surrounding countries have come to realize the severity of its destruction and have acted accordingly to mitigate its depletion. Recently, Israel, Jordan, and the Palestinian Authority have signed a water pact that authorizes the construction of pipeline that will carry brine water from a desalination plant in the Red Sea to the Dead Sea in an effort to replenish it. 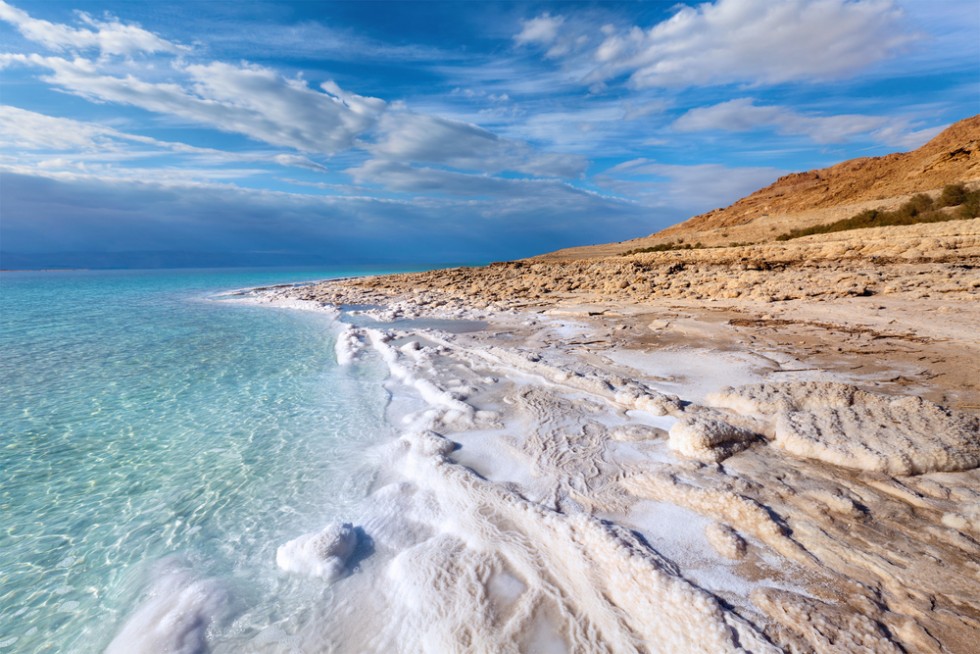 This scheme, which is expected to cost $250m-$400m (£152m-£244m), will pipe 200 million cubic meters of water from the Jordanian city of Aqaba across the gulf from the Israeli resort town of Eilat off the Red Sea through a desalination plant sending brine to the southern-most edge of the Dead Sea. Half will be desalinated at a new plant, projected to yield 80 million to 100 million cubic meters of water annually in Aqaba, at the northern tip of the Red Sea, and the rest will be piped to the Dead Sea to help replenish its waters.

Moreover, Israel is to receive around 30-50 million cubic meters of this water, for the benefit of the port city of Eilat and communities in the arid Arava region. Finally, a water transfer deal will also see Israel sell water from the Sea of Galilee to Jordan and desalinated water to the Palestinian territories.

In theory,  the concerned project seems to be a sound plan that will not only help replenish the Dead Sea and restore the fragile ecosystem to its old healthy status, but also provide water to neighbouring countries. However, major environmental concerns have been raised about Red-Dead Sea Water Conveyance Project, with environmentalists indicating that it would provide only about a 10th of the volume of water required to stabilise the Dead Sea, while also threatening its unique characteristics.

This project will cause the formation of algal blooms in the Dead Sea due to the different densities and minerals in the waters of the two seas. This project will also have detrimental effects on the Red Sea, with large water withdrawals severely affecting the coral reefs in Aqaba, water table, and nutrient levels of the sea. These detrimental effects would have knock on effects on the tourism industry that Jordan heavily relies on Aqaba (e.g. hiking, scuba diving), and the Dead Sea.

Furthermore, Jordan stands to lose more if this project is to be completed, because the pipeline connecting both seas will be constructed completely in Jordanian territory. A credible rupture in the high saline pipeline (running along known active earthquake fault) would cause irreparable damage for a main source of Jordan’s fresh groundwater in Wadi Arabah, and increase soil salinity causing a decrease in agricultural production.

Due to the high environmental risk that would be taken in order to implement such a project, it would be wise to consider alternative options. The first alternative would be to release water from the Sea of Galilee to lower the Jordan River and eventually into the Dead Sea. As it stands today, only 50 mcm of water from the Jordan River reaches the Dead Sea as opposed to 1.3 billion cubic meters in 1950. Rehabilitating the Jordan therefore would be a more environmentally safe and more natural option.

Therefore, wastewater treatment would not only supply water, but also produce energy and reduce waste production, which are other major problems Jordan is currently facing. Such options seem to offer a more sustainable and a more environmentally friendly option to the Red –Dead Sea conveyance project, which could have catastrophic environmental effects. However, such projects need large investments and commitment from all countries affected.

Of course, such alternative solutions cannot yet be realized due to the heavy political “baggage” that comes with them. In order to allow the release of water from the Sea of Galilee, which is mainly controlled by Israel, neighbouring countries must come to a treaty that allows them to do so. The situation is further complicated with the political tension and strife that is currently plaguing the region, and if matters stay the same, we must brace ourselves for a future without the Dead Sea.