Save Dead Sea from Extinction 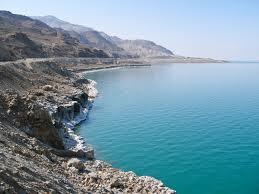 The news headlines read that the Dead Sea is dying so fast that it could totally disappear by the middle of this century. With the waters dying up, the exposed land is cracked and salt encrusted. Sinkholes are appearing as well and adding to the level of natural destruction. The rate of this process is being monitored by measuring the rate at which the water line is retreating. It is presently receding at the rate of one meter each year.

The Dead Sea region is of great importance to three main religious groups: Jews, Muslims and Christians. The Dead Sea Scrolls were found in this region. It is believed that Jesus was baptized in the river feeding into the Dead Sea. And today its of importance for agricultural purposes, and especially for tourism as well as being the home for both Jordanians and Israeli people. 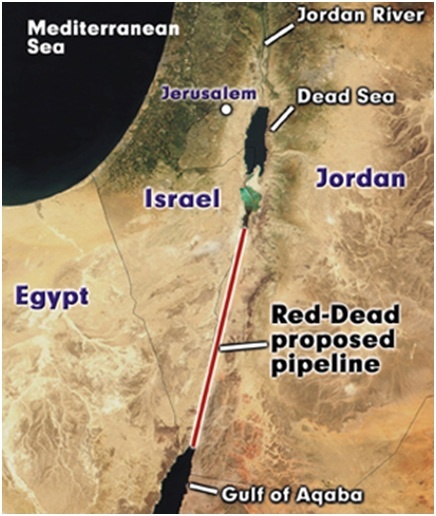 The consequences of this drying up of the saline waters are drastic. The tourist industry in the area will totally disappear. The sinkholes are swallowing up roadways and buildings as well as causing long term damage in the natural environment. This is not a recent concern. The various authorities in Jordan have been deliberating over the situation for the past 20 years.

To date, more than 6,000 sinkholes have appeared in the area, both on the Jordanian and the Israeli side. In fact, Israel has already closed resorts in the area and sections of Highway 90 have already disappeared due to the sinkholes.

The major reason for depletion of Dead Sea include human activities such as damming the river upstream and aggressive mining.  Syrians had down on the Yarmouk River and the diverting of the natural river flow by the Israelis. In addition,  the rainfall rate in the ten-year period from 2004-2013 has been below the long term normal rainfall. Other hydrological data is also disappointing.

The Dead Sea also received replenishment from groundwater but these waters are also diminishing.  The Disi aquifer that feeds into the Dead Sea is nearing exhaustion. It has a possible expected life span of about 30 years. The surface Dead Sea waters are also evaporating at a significant rate that is increasing due to warmer temperatures. This is another impact of global climate change. The temperatures are also predicted to increase over the coming years. The increment could be in the range of 5-11 degrees centigrade while rainfall is expected to decrease by a possible 30 percent.

In addition to hydro- and meteorological predictions, these is aggressive mining for minerals in the area. The salt waters are siphoned off from the Dead Sea and deposited in evaporation pans. The waters are then naturally evaporated leaving minerals such as bromine and potash. It is estimated that over 60 billion gallons are pumped out of the sea every year.

The retreating shoreline is exposing saline lands unsuitable for agriculture or any other use. Other farms in the area are also going out of business because of the extent of change in the natural climate of the area has become far less humid meaning the farmers need to locate other sources of moisture to irrigate their crops. This is a major challenge in a water scarce part of the globe.

One suggested remedial action is to build a desalination plant in southern Jordan along the Red Sea and deposit the brine residue (via a pumping pipeline) into the Dead Sea. A desalination plant is an expensive project, and this proposal is an even more expensive solution. The projected cost is in the range of US$1.5 billion.

The interest and investment in the Red Sea – Dead Sea project will help to alleviate some of the water issues in the region. First and foremost, the issue of water availability in a water scarce region. This is a vital resource for the growing population and the need to continue producing foods for local needs and for the international export market. Such a project as this water initiative will also impact the political and social relationships between Jordan and Israel, as well as the State of Palestine. The new collaborations will strength the 1994 Peace Treaty signed between Jordan and Israel.

The project does have complications and requires focused understanding and anticipated impact of bring in waters from the Red Sea and adding the resource to the Dead Sea which has a very distinct set of water conditions and characteristics. If excessive amounts  of water are introduced it could cause such changes as flourishing the growth of algae, adding gypsum to the natural composition of the waters which could cause the waters to turn a milky colour and cause crystallization on the surface waters.

The project has a high priced tag with two-thirds of the costing needing to be covered by the private sector and the other third to be covered by both Jordan and Israel through a variety of funding resources from local and international bodies. The project is nearing the point of opening up for bidders and tenders. Therefore, the project could start by 2021 and would take 3-4 years for completion. As with any significant project, there is also heavy criticism that the project will fall far short of the quantity of waters needed to stabilize the levels of the Dead Sea as well as support agriculture in the region.

The future of a very unique region is being held in a very precarious situation as scientists, agriculturalists, tourists, developers and politicians strive to identify the best action to sustain the local environment.

2 Responses to Save Dead Sea from Extinction