The Impacts of Climate Change on Water Resources in MENA

Freshwater shortage in the MENA region is posing a serious threat to economic growth, social cohesion, peace and political stability. Furthermore, today’s freshwater usage does not account for its present and future availability but rather is based on sectoral and geographical competing consumption needs. To make matters worse, this already dire situation is being exacerbated by the rapidly changing climate. Climate change affects water resources by its profound impact on water quantity, variability, timing, form, and intensity of precipitation. 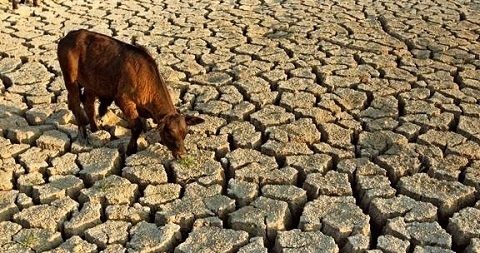 The MENA region, in particular, is highly vulnerable to the disruptive climate change effects because countries within this region are unarguably among the most water-stressed worldwide, with water availability per capita well below the global average.  In addition, most MENA countries belong to a critical combination of low rainfall and high spatial and temporal rainfall variability, with Lebanon being better off among the group in terms of precipitation, and Qatar being worst off in terms of both precipitation and rainfall variability.

Warmer temperatures increase the rate of evaporation of water into the atmosphere, in effect increasing the atmosphere’s capacity to “hold” water. This causes earlier and shorter runoff seasons and increases dry seasons. Increased evaporation also decreases soil moisture levels, which in turn increases the frequency of droughts, and increases the likelihood of desertification. In addition, a decrease in soil moisture also lowers infiltration rates, consequently reducing underground aquifer recharge rate.

On the other hand, rising sea levels could also cause water tables in groundwater aquifers to rise, which could increase surface runoff, but at the expense of aquifer recharge. It is predicted that sea levels will rise by 19 to 58 cm by the end of the 21st century, which will affect 12 out of the 19 MENA countries. Such an increase in sea level could cost Egypt, one of the main countries to be affected by sea level rise, 10% of the Nile Delta population together with agricultural land and production.

These decreases in water resources will have costly socio-economic consequences. Water is used in food production, energy production, manufacturing, navigation, land use, and recreation. Therefore it will become increasingly difficult to maintain balance between all human needs while water resources keep diminishing.

For example, it is predicted that increased temperatures will increase crop water demand by 5-8% by 2070, which will have to be compensated by using water that was allocated to energy production, thus harming energy production capabilities. The decrease in water resources would also precipitate an increase in the price of water, through monthly water bills, or one-time connection fees for new homes and businesses.

Finally, Decreasing water resources will also lead governments to resorting to economically intensive projects such as desalination plants, pipelines (Red – Dead Sea conveyance project), and dams. These projects are not only economically intensive, but also environmentally unsustainable and will eventually contribute to global warming and climate change (CO2 emissions from desalination plants).

Global warming is undeniable and the increase in greenhouse gas emissions will have profound climatic, environmental, and societal impacts worldwide, especially in terms of water resources. This is of great concern for MENA countries, where there has been a recorded increase in frequency of droughts, and where water availability is expected to decrease by 30-50% by 2050.

Every individual depends on a reliable, clean supply of freshwater to sustain his or her health. Water is essential in every part of life from energy and food production to ecosystem maintenance. Therefore actions must be taken not only to stop its decline, but also to improve its status, because without water, there will be no life.