Tunisia is an energy-dependent country with modest oil and gas reserves. Around 97 percent of the total energy is produced by natural gas and oil, while renewables contribute merely 3% of the energy mix. The installed electricity capacity at the end of 2015 was 5,695 MW which is expected to sharply increase to 7,500 MW by 2021 to meet the rising power demands of the industrial and domestic sectors. Needless to say, Tunisia is building additional conventional power plants and developing its solar and wind capacities to sustain economic development.

Wind power represents the main source of renewable energy in Tunisia. Since 2008, wind energy is leading the energy transition of Tunisia with a growth of the production up to 245 MW of power installed in 2016. Two main wind farms have been developed until now: Sidi-Daoud and Bizerte. 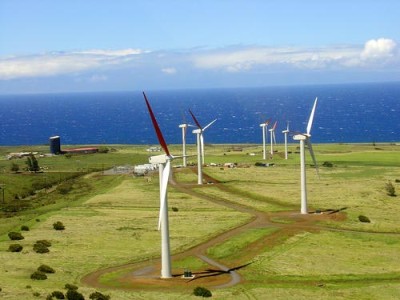 The first wind power project of Tunisia started in 2000, with the installation of the Sidi-Daoud’s wind farm in the gulf of Tunis. The station has been developed in three steps before reaching its current power capacity of 54 MW.

The operation of two wind power facilities in Bizerte – Metline and Kchabta Station – was launched in 2012. The development of those stations has conducted to a significant increase of electricity generated by wind power, totalizing a production of 94 MW for Kchabta and 95MW in Metline in 2016

Tunisia has good renewable energy potential, especially solar and wind, which the government is trying to tap to ensure a safe energy future. The country has very good solar radiation potential which ranges from 1800 kWh/m² per year in the North to 2600kWh/m² per year in the South. The total installed capacity of grid-connected renewable power plant was around 342 MW in 2016 (245 MW of wind energy, 68 MW of hydropower and 15 MW of PV), which is hardly 6% of the total capacity.

In 2009, the Tunisian government adopted “Plan Solaire Tunisien” or Tunisia Solar Plan to achieve 4.7 GW of renewable energy capacity by 2030 which includes the use of solar photovoltaic systems, solar water heating systems and solar concentrated power units. The Tunisian solar plan is being implemented by STEG Énergies Renouvelables (STEG RE) which is a subsidiary of state-utility STEG and responsible for the development of alternative energy sector in the country. 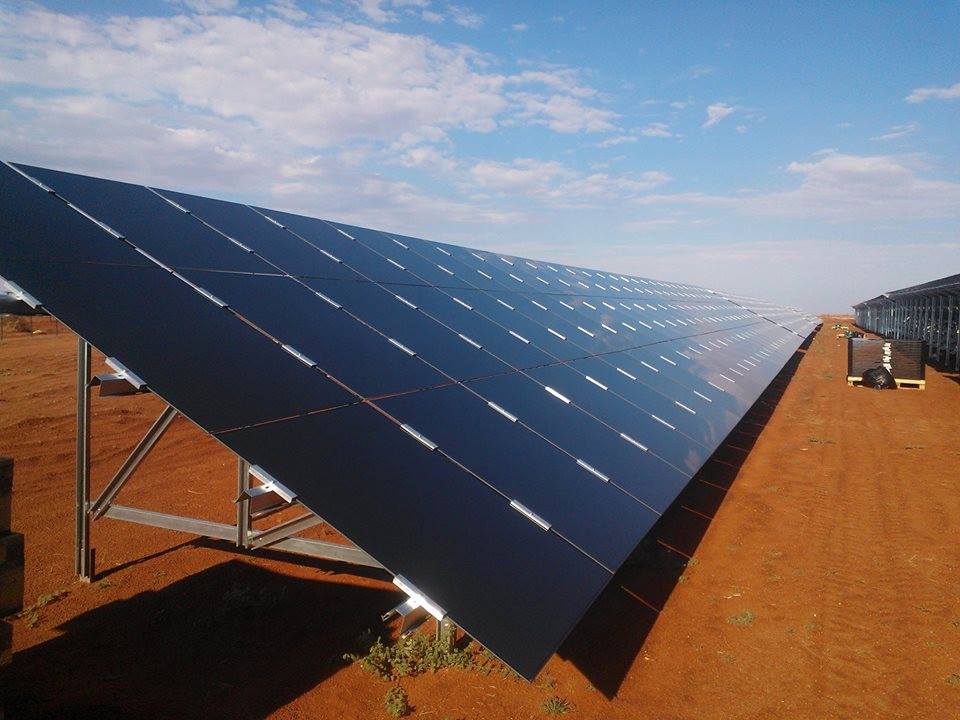 The total investment required to implement the Tunisian Solar Program plan have been estimated at $2.5 billion, including $175 million from the National Fund, $530 million from the public sector, $1,660 million from private sector funds, and $24 million from international cooperation. Around 40 percent of the resources will be devoted to the development of energy export infrastructure.

Tunisian Solar Programme, launched in 2005, is a joint initiative of UNEP, Tunisian National Agency for Energy Conservation, state-utility STEG and Italian Ministry for Environment, Land and Sea. The program aims to promote the development of the solar energy sector through financial and fiscal support.

PROSOL includes a loan mechanism for domestic customers to purchase Solar Water Heaters and a capital cost subsidy provided by the Tunisian government of 20% of system costs. The major benefits of PROSOL are:

In Tunisia, the totol solar PV total capacity at the end of 2014 was 15 MW which comprised of mostly small-scale private installations (residential as well as commercial) with capacity ranging from 1 kW and 30 kW. As of early 2015, there were only three operational PV installations with a capacity of at least 100 kW: a 149 kWp installation in Sfax, a 211 kWp installation operated by the Tunisian potable water supply company SONEDE and a 100 kWp installation in the region of Korba, both connected to the medium voltage, and realized by Tunisian installer companies. The first large scale solar power plant of a 10MW capacity, co-financed by KfW and NIF (Neighbourhood Investment Facility) and implemented by STEG, is in Tozeur.

TuNur CSP project is Tunisia’s most ambitious renewable energy project yet. The project consists of a 2,250 MW solar CSP (Concentrated Solar Power) plant in Sahara desert and a 2 GW HVDC (High-Voltage Direct Current) submarine cable from Tunisia to Italy. TuNur plans to use Concentrated Solar Power to generate a potential 2.5GW of electricity on 100km2 of desert in South West Tunisia by 2018. At present the project is at the fund-raising stage.

The Tunisian government has recently announced plans to invest US $1 billion towards renewable energy projects including the installation of 1,000 megawatts (MW) of renewable energy this year. According to the Energy General Direction of the Tunisian Ministry of Energy and Mines, 650 MW will come from solar photovoltaic, while the residual 350 MW will be supplied by wind energy. Under new plans, Tunisia has dedicated itself to generating 30 per cent of its electrical energy from renewable energy sources in 2030.

Salman Zafar is the Founder of EcoMENA, and an international consultant, advisor, ecopreneur and journalist with expertise in waste management, waste-to-energy, renewable energy, environment protection and sustainable development. His geographical areas of focus include Middle East, Africa, Asia and Europe. Salman has successfully accomplished a wide range of projects in the areas of biomass energy, biogas, waste-to-energy, recycling and waste management. He has participated in numerous conferences and workshops as chairman, session chair, keynote speaker and panelist. Salman is the Editor-in-Chief of EcoMENA, and is a professional environmental writer with more than 300 popular articles to his credit. He is proactively engaged in creating mass awareness on renewable energy, waste management and environmental sustainability in different parts of the world. Salman Zafar can be reached at salman@ecomena.org or salman@bioenergyconsult.com
View all posts by Salman Zafar →
Tagged Bizerte, Electricity, ELMED Project, Energy, Sidi-Daoud, Solar Energy in Tunisia, Solar Photovoltaic, Solar Potential in Tunisia, Tunisia, Tunisia Solar Program, TuNur CSP Project, Wind Farms in Tunisa. Bookmark the permalink.