Attitudes towards Waste Management – The Case in Oman

Responses to the Oman waste management questionnaire were interesting, enlightening, and often unexpected. The Omani interviewees gave thoughtful answers and additional insights and opinions that stemmed from their sociocultural backgrounds as well as from their individual experiences. Often, statements and assertions from these respondents were found to be corroborated by evidence from other types of research, such as the study on the composition of refuse found in dumpsites in Muscat, or the feeding habits of camels cited earlier. 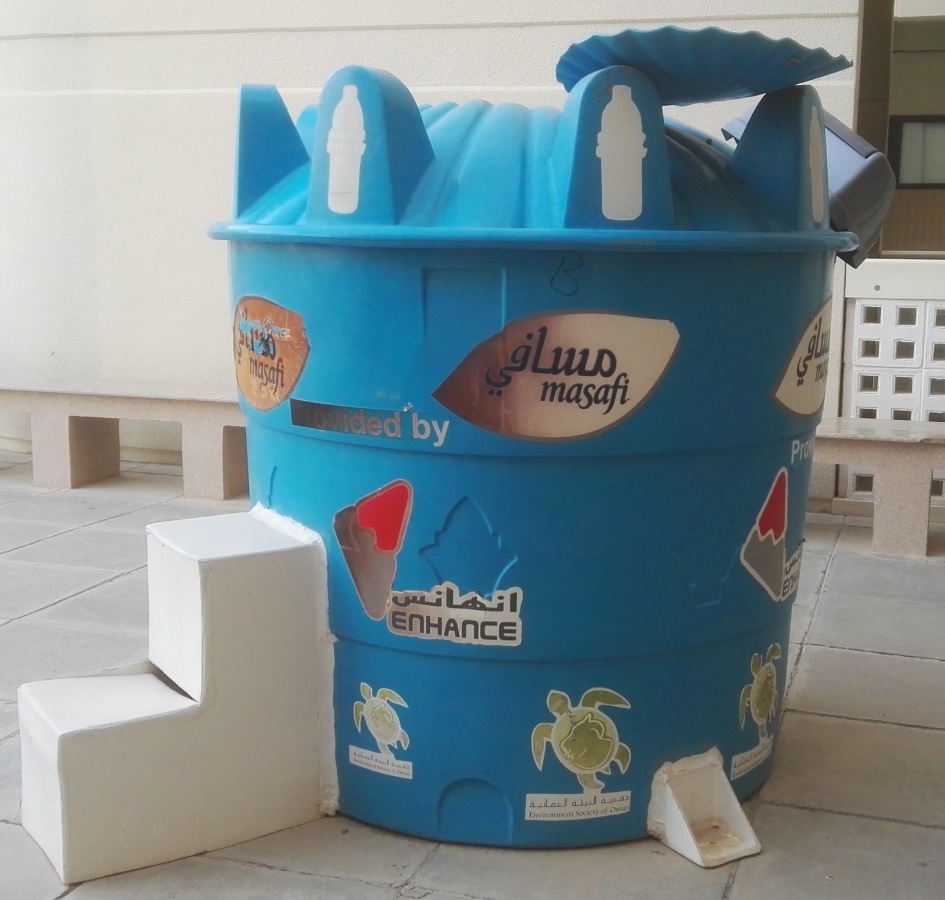 On the topic of food waste, respondents generally had a strong belief that such waste was immoral. When asked about the reasons for their convictions, many of them attributed it to Islamic teachings, and recited from memory well-known statements (hadiths) from the Prophet Muhammad (peace be upon him) prohibiting food waste, and verses from the Holy Qur’an such as verse 7:31: “…eat and drink, but do not waste by excess, for Allah does not love those who waste.”

It seems that the use of non-reusable water bottles was on an exigency basis and was not the default choice for any of the respondents. However, it should be noted that all the households in this sample were either working class or middle class. Responses from a set of wealthy households might yield very different results on this issue.

Regarding other sorts of household waste, respondents seemed to be aware that much of what ended up in their trash was packaging from purchased goods, whether food or non-perishables. As some respondents remarked in their responses, they recognized that the use of plastic bags instead of reusable bags at shops and supermarkets contributed to the plethora of plastic in their own household rubbish. One respondent in particular posited a clear causal link between the abundance of packaged, processed foods and the fact that packaging waste made up the bulk of what was in her household garbage bin on a daily basis.

The majority of respondents were surprised and interested to hear that there were recycling programmes in Oman, but some were not optimistic that these programmes would soon be available in their neighbourhoods. The possibility of recycling electronics, batteries and/or printer ink was not suggested by any of the respondents, so it seems that they were unaware of any alternative to simply dumping such toxic items.

This study has presented results based on a pilot study with a very small sample of respondents. However, if we evaluate these responses in terms of what is already documented about Oman, its society, culture and economy, we can draw some useful inferences.

It is taken for granted that, as demographic, Omani men already play a key role in consumption patterns and waste management. As leaders and decision makers in government, in business and in private sector organizations, they establish the vision and best practices of their enterprises and institutions; as heads of households and families, they make and influence consumer choices for the household and the extended family. What our survey has hinted at is that Omani women have strong opinions about consumerism and waste management, too. Furthermore, as a demographic they seem poised to contribute a greater share of the input in this discourse.

Omani women comprise approximately 25 percent of the paid labour force in Oman, and the level of this participation is expected to keep growing. Meanwhile, their substantial contribution as unpaid service providers (in their roles as caregivers, homemakers, household managers, husbandry providers for small livestock, etc.) has yet to be truly measured. Yet like their male counterparts, as managers of their own households and the individuals who make and/or influence consumer choices for the household, they have significant potential influence on how waste is managed at the household level and the community level.

Another takeaway from this survey is that the role of religion is a crucial one. We saw that respondents directly credited Islamic teachings with shaping their attitudes and opinions on consumption and waste. Indeed, in the body of authentic Islamic texts one finds directives on land stewardship; prohibiting wastage and excess consumption; prescribing conservation of land, water, plant and animal life; and even reducing, reusing, sharing and recycling.

Thus we would extrapolate from these results that the Omani society is ready to engage actively in initiatives to promote more responsible consumption habits and sustainable waste management involving the four Rs. Omani culture has a strong tradition of conservative use, re-use, repurposing and recycling. Many of the traditional practices of family and community living now thought to be ‘outdated’ are actually highly efficient and ecologically sound. Omani men, women and children have the example of their grandparents to guide them in reviving and re-establishing local, traditional, sustainable and environmentally-friendly practices of careful consumption and waste management.

First of all, this pilot study ought to be taken further and a full scale survey of attitudes and awareness on this topic should be conducted along the lines of the 2015 Sultan Qaboos University Department of Geography investigation on climate change awareness and perceptions in residents of Muscat. Equipped with the information gleaned from such a study, we propose that it will be found that conditions are ripe for the implementation of a network of well-designed, integrated and efficiently executed recycling programmes that are accessible to the Omani population where they live, work and go to school.

Collective memory to the rescue: Consider returning to some of the ‘old ways’ – the ways the previous generation used to shop for, store, prepare, and dispose of food and other consumables. At the level of the household, families can avoid buying packaged pre-processed foods, use drinking water supply services which provide refillable containers/dispensers instead of buying bottled water, bring their own reusable shopping bags and request that purchases from shops not be placed in plastic bags. Households could aim for ‘zero waste’ by applying the four Rs and participating in composting where possible. This is already being done in local rural areas, and it is a practice that is being restored in urban areas of developed countries in Europe, North America, and elsewhere.

Use consumer clout to change the practices of business and industry: It is known that businesses which serve consumers are very sensitive to customer demands. With the food service and hospitality industry, individual consumers in Oman can effect change by demanding less wasteful and more sustainable practices and options from the industry (e.g., compostable packaging, less packaging, appropriate portion sizes and eco-friendly food containers in restaurants, and filtered water instead of bottled water in restaurants and hotels).

This article has evaluated the results of a pilot survey of attitudes and awareness of food waste and related issues, highlighting some relevant past practices and positing that ‘collective memory,’ together with individual and communal will-power, can be harnessed to reverse the current trend and regain control of Oman’s burgeoning waste problem. The solution is local, but it has definite regional and potential global application.

2 Responses to Attitudes towards Waste Management – The Case in Oman