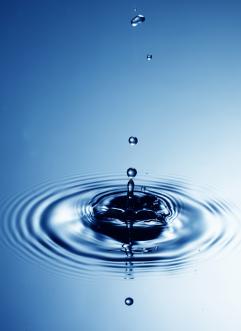 Amongst the most important inter-dependencies in the Arab countries is the water-energy nexus, where all the socio-economic development sectors rely on the sustainable provision of these two resources. In addition to their central and strategic importance to the region, these two resources are strongly interrelated and becoming increasingly inextricably linked as the water scarcity in the region increases.  In the water value chain, energy is required in all segments; energy is used in almost every stage of the water cycle: extracting groundwater, feeding desalination plants with its raw sea/brackish waters and producing freshwater, pumping, conveying, and distributing freshwater, collecting wastewater and treatment and reuse.  In other words, without energy, mainly in the form of electricity, water availability, delivery systems, and human welfare will not function.

It is estimated that in most of the Arab countries, the water cycle demands at least 15% of national electricity consumption and it is continuously on the rise. On the other hand, though less in intensity, water is also needed for energy production through hydroelectric schemes (hydropower) and through desalination (Co-generation Power Desalting Plants (CPDP)), for electricity generation and for cooling purposes, and for energy exploration, production, refining and enhanced oil recovery processes, in addition to many other applications.

The scarcity of fresh water in the region promoted and intensified the technology of desalination and combined co-production of electricity and water, especially in the GCC countries. Desalination, particularly CPDPs, is an energy-intensive process. Given the large market size and the strategic role of desalination in the Arab region, the installation of new capacities will increase the overall energy consumption. As energy production is mainly based on fossil-fuels and this source is limited, it is clear that development of renewable energies to power desalination plants is needed. Meanwhile, to address concerns about carbon emissions, Arab governments should link any future expansion in desalination capacity to investments in abundantly available renewable sources of energy.

There is an urgent need for cooperation among the Arab Countries to enhance coordination and investment in R&D in desalination and treatment technologies.  Acquiring and localizing these technologies will help in reducing their cost, increasing their reliability as a water source, increasing their added value to the countries’ economies, and in reducing their environmental impacts. Special attention should be paid to renewable and environmentally safe energy sources, of which the most important is solar, which can have enormous potential as most of the Arab region is located within the “sun belt” of the world.

Despite the strong relation, the water-energy nexus and their interrelation has not been fully addressed or considered in the planning and management of both resources in many Arab countries. However, with increasing water scarcity, many Arab countries have started to realize the growing importance of the nexus and it has now become a focal point of interest, both in terms of problem definition and in searching for trans-disciplinary and trans-sectoral solutions.

There is an obvious scarcity of scientific research and studies in the field of water-energy nexus and the interdependencies between these two resources and their mutual values, which is leading to a knowledge gap on the nexus in the region.  Moreover, with climate change deeply embedded within the water energy nexus issue, scientific research on the nexus needs to be associated with the future impacts of climate change.  Research institutes and universities need to be encouraged to direct their academic and research programs towards understanding the nexus and their interdependencies and inter-linkages. Without the availability of such researches and studies, the nexus challenges cannot be faced and solved effectively, nor can these challenges be converted into opportunities in issues such as increasing water and energy use efficiency, informing technology choices, increasing water and energy policy coherence, and examining the water-energy security nexus.

One Response to Water-Energy Nexus in Arab Countries