The Dangers of Asbestos 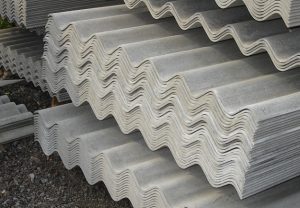 The use of asbestos has been a widespread issue that continues to impact countries on a global scale. As a favored material used in buildings and construction projects throughout the 20th century, asbestos held an incredible appeal as a mineral known for its heat and fire resistant properties.

For decades, this substance was synonymous with manufacturing and development. However, it was soon discovered that once asbestos was disturbed or damaged, the fibrous material could have a fatal effect on those that came into contact with it.

Asbestos in the United States

Despite its known dangers, asbestos continues to pose a threat, especially in the construction industry. Every year, around 125 million people around the world experience occupational exposure to asbestos. Much has been done to raise awareness about the substance, yet asbestos is still allowed in construction materials and supplies throughout the United States as 1 percent of the product. Along with this, its more prominent presence in older buildings presents a high risk to construction workers during the renovation and demolition of these structures.

As a result, asbestos exposure remains the primary cause of occupational cancer in the U.S. Construction workers are one of the leading groups that suffer from asbestos exposure, with demolition crews at the forefront in their frequent contact with damaged and contaminated rubble. However, the same can be said for a variety of professionals that repair and refurbish structures built before 1970.

The construction industry can be broken down into a number of specialized vocations, from home renovators to tile setters, carpenters, and plumbers. Asbestos fibers can spread throughout a jobsite through contact, which can further expose family members and loved ones if the material is brought into the home.

There are an estimated 4,000 construction materials that once regularly contained some form of asbestos, including shingles, pipe insulation, paints, and cement. Across such a broad spectrum of supplies and substances, this means that a wide array of construction workers risk exposure to asbestos on a daily basis. Today, these materials may still contain asbestos, given that they meet governmental guidelines.

The risks of asbestos also continue to plague many nations around the world. The Middle East was once used as a hub for asbestos well into the late 20th century, along with the boom in oil drilling. As more and more urbanization and infrastructure projects were taking place, asbestos was being continually brought into the environment.

In the 1960s around 20 percent of asbestos could be found in the Middle East. Although almost 60 individual countries around the world have taken measures to ban asbestos, the material is often still found on construction sites due to global regulation disparity and misinformation or ignorance.

Additionally, in places like South Africa and Canada that once thrived on the mining of asbestos, the dangers of exposure remain prevalent. Because the effects of asbestos inhalation can take decades to present themselves, those who worked with the mineral years ago may still be at a high risk.

Towns neighboring these mines and other construction sites often see the negative impact of asbestos as it is carried out and spread into the environment. Since mining asbestos can send the particles into the air, secondhand exposure was also very common. Despite South Africa’s prohibition of asbestos in 2008, much of the region’s environment is polluted and in some cases, unlivable.

Mesothelioma, a rare form of cancer, has direct correlation with asbestos exposure

Why is this naturally sourced mineral so harmful? Over time, asbestos has been linked to serious cases of asbestosis, mesothelioma, and various cancers. Once the fibrous material has been inhaled, they attach to the lining of the lungs and other respiratory organs. As time passes, these fibers cause irritation and can have a serious impact on health.

Mesothelioma, specifically, is known for its direct correlation to asbestos exposure. This rare form of cancer is especially fatal, as symptoms can take anywhere from 20-50 years to develop. As mesothelioma has a low survival rate, few patients survive more than five years once the symptoms are present and just about 55 percent live longer than six months. There are three strains of Mesothelioma: pleural (in the lung lining,) peritoneal (in the abdomen lining,) and pericardial (in the heart lining).

Asbestos has made a significant impact on the world at large. Despite its beneficial fire resistant properties, the material has too negative of an impact on the health of those exposed to it to be fit for use.

Despite the stricter regulations many nations have put into place, asbestos is still found in numerous older buildings and homes, putting those who renovate and inhabit them at risk. To this day, asbestos is continuously used and mined in several countries. However, if legislation continues towards a global ban on asbestos, and the construction industry moves to educate and take extra precautions when handling materials containing the substance, these harmful effects may become less detrimental.

Emily Walsh is the Community Outreach Director at the Mesothelioma Cancer Alliance. Her organization works to provide mesothelioma victims with resources to best understand and cope with their disease. Emily dedicates much of her time building cancer awareness through social media and blogging, partnering with like-minded organizations to spread the word.
View all posts by Emily Walsh →

7 Responses to The Dangers of Asbestos