How to Avoid the Common Debt Traps

Common sense tells us it’s better to be debt-free than to incur debt. However, if you’re going to have a comfortable life — and have yet to obtain an immense personal fortune — some debt is generally unavoidable. After all, few people are in a position to purchase a home, or a car or pay for a college education outright.

However, there are right ways to go about taking on these debts and wrong ways. In far too many cases, people who recognize we need those things willingly engage in deception to take unfair advantage of us. With this mind, here are some tips for avoiding common debt traps. 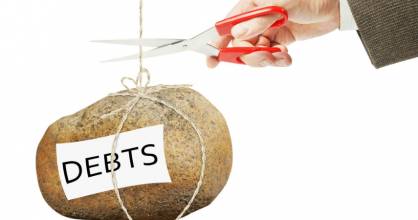 Buying More Than You Need

As wonderful as that sounds, do you really need a multi-million-dollar home?

What’s more, even if you do qualify, will your income really support such a loan? After all, there are a number of different ways to structure such a mortgage, as far too many people learned during the subprime mortgage crisis of the first decade of the 21st century.

People were taking interest-only loans for amounts far higher than their incomes would support, with the belief the value of the property would appreciate such that they could refinance and walk away with cash before the principal payment came due.

We all saw how that worked out. It’s always best to limit your borrowing to what your income will safely support. Otherwise, you’re just asking for trouble.

“With this deal, you can consolidate all of your outstanding debts into one place with a lower monthly payment and at a lower interest rate.”

However, if you fail to read the terms carefully, you might miss the fact that that low monthly payment and that minimal interest rate are only good for a certain amount of time. And, if you don’t pay off the loan in full before that time period elapses, you’ll be shifted to a much higher interest rate — as well as be held liable for all of the interest that would have accrued on the original balance during the introductory period — at the post-introductory rate.

And, oh, by the way, there’s also a $500 annual fee, which will be added to your outstanding balance — upon which the post-introductory interest will also be calculated.

When you’re considering any sort of loan of this nature it’s critically important to read the terms carefully to ensure the debt consolidation deal for which you’re signing up really is advantageous to you.

“Just moved into a new place? Need furnishings? No problem, ‘Rent-a-Couch’ has you covered — and at a far more affordable cost than you might think. Prices start as low as $15 a week! No credit check is needed, you’ll be granted early purchase discounts and paying it off over six months will be the same as paying cash.”

It all sounds really good, until you stop and do the math and realize you could’ve bought the same furniture outright for a whole lot less money. Further, in the age of eBay and Craigslist, you can probably get the exact same furniture for far less money.

One more thing: “Rent-a-Couch” will absolutely show up and take everything back — regardless of how much you’ve already paid into it — if you miss a payment.

Long story short, we live in a market-driven society in which a whole lot of people are out there trying to make as much money as they can with as little effort as possible. In most cases, avoiding common debt traps is as simple as remaining mindful of that fact and carefully examining deals before agreeing to them.

Salman Zafar is the Founder of EcoMENA, and an international consultant, advisor, ecopreneur and journalist with expertise in waste management, waste-to-energy, renewable energy, environment protection and sustainable development. His geographical areas of focus include Middle East, Africa, Asia and Europe. Salman has successfully accomplished a wide range of projects in the areas of biomass energy, biogas, waste-to-energy, recycling and waste management. He has participated in numerous conferences and workshops as chairman, session chair, keynote speaker and panelist. Salman is the Editor-in-Chief of EcoMENA, and is a professional environmental writer with more than 300 popular articles to his credit. He is proactively engaged in creating mass awareness on renewable energy, waste management and environmental sustainability in different parts of the world. Salman Zafar can be reached at salman@ecomena.org or salman@bioenergyconsult.com
View all posts by Salman Zafar →
Tagged Common Debt Traps, Debt, Debt Consolidation, debt traps, how to avoid debt traps, Interest Rate, Loan, Mortgage, Tips to Avoid Debt Traps. Bookmark the permalink.