All You Need to Know About Ocean Acidification and its Impacts

The relentless rise in the percentage of atmospheric carbon dioxide since the Industrial Revolution is a well-known fact. Carbon dioxide is considered as one of the key players among the greenhouse gases that has contributed the most towards global warming, the current hot topic among environmentalists, scientists and even politicians. Another key issue is increasing being discussed nowadays is Ocean Acidification. Ocean acidification is an ongoing change in the chemistry of the ocean caused primarily by the ocean’s absorption of carbon dioxide from the atmosphere. 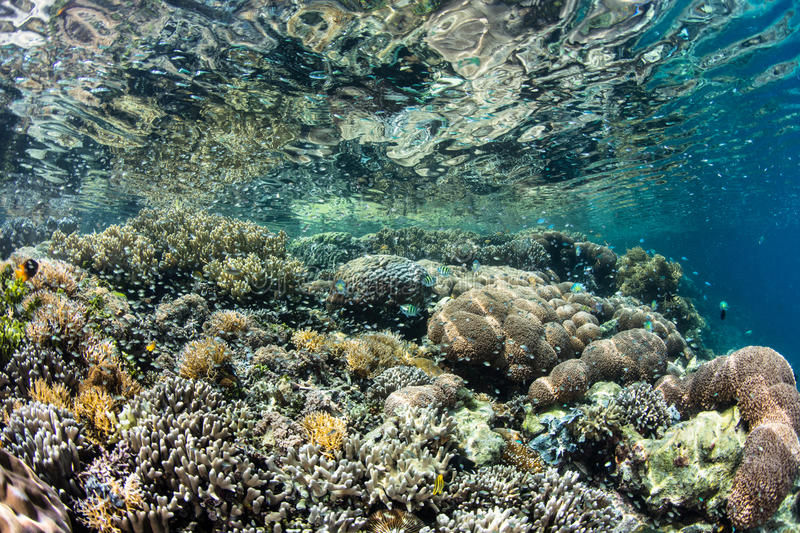 What is Ocean Acidification

Around 1/4th of the carbon dioxide released into the atmosphere via various processes either natural or artificial, is absorbed by the ocean. Initially, the scientists assumed it to be an eco-friendly process since it reduced the carbon dioxide percentage in the atmosphere, but like any other natural processes or mechanisms once the threshold is crossed, the actual threat reveals itself.

When carbon dioxide dissolves in seawater, the water becomes more acidic and the ocean’s pH drops. Even though the ocean is immense, enough carbon dioxide can have a major impact. In the past 200 years alone, ocean water has become 30 percent more acidic—faster than any known change in ocean chemistry in the last 50 million years.

Squid are the fastest invertebrates in the oceans and require high levels of oxygen for their high-energy swimming. Increasingly acidic oceans interfere with the acidity of a squid’s blood and consequently the amount of oxygen that it can carry. Squid are important prey for many marine mammals, including beaked and sperm whales. Squid fisheries are also the most lucrative fishery around the world generating millions of dollars in revenues each year.

Tiny swimming sea snails called pteropods are considered the ‘potato chips of the sea’ as they serve as a critical part of the arctic marine food web, ultimately feeding whales and other top predators. Pteropod shells are expected to dissolve in acidity levels predicted by the end of this century and may not be able to survive. Population crashes or changes in the distribution of pteropods would have serious implications for some of the most abundant marine ecosystems.

Within the next few decades, the chemistry of the tropical oceans will not sustain coral reef growth while large parts of the polar oceans will become corrosive to calcareous marine organisms. Research shows that brittle stars, who act as important burrowers and as food items for flatfish, could face a severe population decline due to the rise in acidity. The adults might lose muscle mass while regenerating their arms and most of the larvae won’t survive.

The Monaco declaration represents 155 marine scientists from 26 countries, who met at an Ocean Acidification Conference in October, 2017. According to the Monaco Declaration, even though the overall ecological impact of CO2-induced acidification is unclear, the plight of these species affects the food supply for countless predators worldwide; including humans and this ripple effect throughout marine ecosystems could be disastrous. The scientists urged governments to reduce greenhouse gas emissions and dedicate more resources to understanding acidification.

Surface ocean acidity has increased 30 percent since the Industrial Revolution. The level of acidity, measured in pH, currently appears modest – a 0.1 decrease of surface ocean pH worldwide, according to the Intergovernmental Panel on Climate Change (IPCC). Yet some scientists may already be noticing the effects of acidification. Australian researchers reported last year that sea snails in the Southern Ocean are forming thinner shells in recent years. The regions dependent on the Mediterranean Sea like MENA and other European countries, have recorded a serious decline in the quality of its aquatic food and ecotourism.

Similarly, researchers recorded more than 20 percent drops in the skeletal density of some Great Barrier Reef corals. According to the Monaco declaration, “By mid-century, ocean acidification may render most regions chemically inhospitable to coral reefs”. The IPCC also predicts acidification could cause a 0.4 decrease in ocean surface pH by 2100. 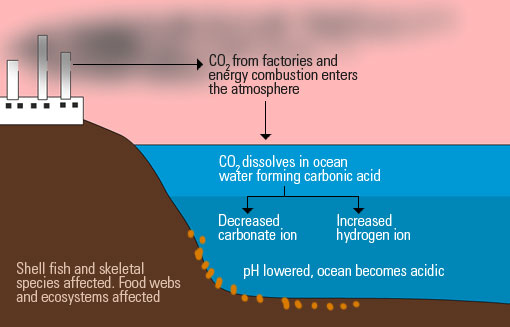 Based on current trends, acidification will likely be more severe at higher latitudes than near the equator. The declaration also notes that geo-engineering schemes – plans that would alter the environment intentionally in order to reduce the effects of climate change – are unlikely to address ocean acidification.

In theory, an attempt to deflect solar radiation would regulate the amount of sunlight that reaches Earth. But this would not reduce the amount of carbon dioxide in the atmosphere or oceans, scientists say. Scientists have also discussed plans to spread greenhouse gas-absorbing algae throughout the ocean. But even if the algae reduced carbon dioxide in the air, the gases would then be stored under the sea.

The European Project on Ocean Acidification (EPOCA) is aimed at organizing research efforts across the European Union. In the United States, Congress is considering legislation that would develop a plan for ocean acidification research and monitoring.

This issue deserves to be discussed on the same forum as global warming and climate change as these issues share a critical common factor – carbon dioxide. The consequences of ocean acidification are more than enough to have the policy makers draft amendments after amendments in the current environment protection laws and regulations and ensure their stringent execution. Communication between the different stakeholders is crucial: scientists, policy makers, CEOs, businessmen, traders, bankers, international organizations and NGOs.

Through environmental education and training, the population can be informed and included in adaptive capacities. To convince people about ocean acidification risks, scientific facts may be disseminated on a mass scale. The masses should know that the phenomena is amplifying year after year because the effects are cumulative and that it is really urgent to find mitigation and adaptation solutions for ocean acidification.