Earth Hour – Making of a Movement 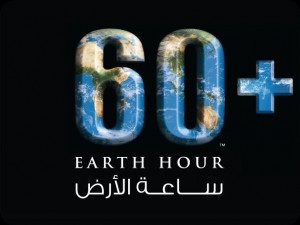 Earth Hour is a worldwide movement for the planet organized by the World Wide Fund for Nature (WWF). Earth Hour engages a massive mainstream community on a broad range of environmental issues. The event is held worldwide and held towards the end of March annually, encouraging individuals, communities, households and businesses to turn off their non-essential lights for one hour as a symbol for their commitment to the planet

Making of a Movement

Earth Hour started in 2007 in Sydney, Australia and was conceived by World Wide Fund for Nature (WWF). On the occasion, 2.2 million individuals and more than 2,000 businesses turned their lights off for one hour to take a stand against climate change. Since then it has grown to engage more than thousands of cities and towns worldwide

In 2008, the Earth Hour became a global sustainability movement with more than 50 million people participating across 35 countries. In March 2009, over 4,000 cities in 88 countries officially switched off their lights to pledge their support for the planet, making ‘Earth Hour 2009’ the world’s largest global climate change initiative.

‘Earth Hour 2010’ was practised in a record 128 countries and territories and more than 6,000 cities joined the global display of climate action with over 1 billion people participating. Iconic buildings and landmarks from Asia Pacific to Europe and Africa to the Americas switched off their lights.

In 2011, more than 5,200 cities and towns in 135 countries worldwide switched off their lights for ‘Earth Hour’ alone, sending a powerful message for action on climate change. It also ushered in a new era with members going ‘Beyond the Hour’ to commit to lasting action for the planet.

In 2018, Earth Hour’s focus is on our connection to Earth and nature. Our planet’s gain is everyone’s gain. Biodiversity – the rich variety of life on Earth – continues to decline year on year. We must urgently prioritise our planet’s biodiversity and nature. #Connect2Earth was created to organise our efforts, allowing us to shed light on topics impacting our planet’s well-being.

Earth Hour 2019 with its campaign #Connect2Earth aims to build mass awareness on why nature is important and create an unstoppable movement for nature similar to when the world came together to tackle climate change.

How do you #Connect2Earth?

Get involved now by starting conversations, sharing your thoughts, and spreading the word about our connection to this place we call home.

Earth Hour is aimed at asking individual, households and businesses to turn off their nonessential lights and other electrical appliances for one hour to raise awareness towards the need to take action on energy conservation and climate change.

The gigantic and overwhelming participation in Earth Hour showed collective display of our commitment to protect our planet. During Earth Hour, people across the world from all walks of life turned off their lights and came together in celebration and contemplation of one thing we all have in common – our planet.

The recent Earth Hour celebrated has gone beyond the hour, so after the lights went back ‘on’ participants were thinking about what else one could do to make a difference. We all now believe that ‘Together our actions add up’.

The awareness created has found enough reasons to join this annual campaign and making energy conservation as a ‘habit’ rather than practising it as an ‘annual event.’ We need to understand that we have a major responsibility of conserving our planet’s resources, since they are fragile, finite and each of us can make a difference if we choose to do so.

So, let us make a change at individual level which, though it sounds small but cumulatively will add to significant levels in energy conservation by:

The message is ‘Let us go beyond an hour and do more what we can to reduce the energy consumption and its impact on the environment.’

Plan and participate in the event for a better tomorrow.