How Algal Blooms Affect The Environment 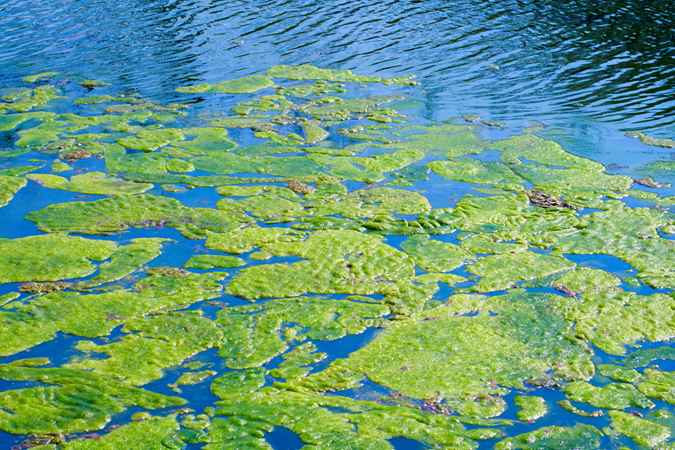 Eutrophication can also be a natural occurrence from moderate accumulation of organic matter, silt, nutrients, and sediments gradually from the watershed. Algae come in different colors ranging from green, red, yellow, and brown. The most common algal blooms are blue-green cyanobacteria and microalgae, also known as red tides.

Algal blooms affect the environment in various ways, including causing harm to both humans and animals. Its presence contaminates water and makes it unfit for consumption. Algae multiplication depletes oxygen in the water leading to the death of aquatic life. There’s a need for awareness creation among communities on dealing with algal blooms to conserve the environment. Awareness can be created through informative forums where researchers and community leaders, among other vital people, discuss important topics like the Indian river lagoon algae bloom.

This article will discuss some causes of algal blooms and how they affect the environment. Read on to learn.

Below are some causes of algal blooms:

As the ozone layer is gradually destroyed, temperatures rise. These high temperatures cause nutrients such as ammonia and nitrates to decompose speedily and are used up by algae bacteria and quickly form algal blooms.

Algal blooms thrive best in large and still water masses. Blue-green algae, for instance, grow well in slow-moving water, less turbulence, and light winds. This is why they may not grow in fast-moving streams and rivers.

How Algal Blooms Affect The Environment

The following are some of the effects of algal blooms on the environment.

Algal blooms contaminate water, thus affecting aquatic life. Humans may fall sick from drinking water and eating infected seafood. The water also has toxins that irritate the skin when people come into contact with it when swimming.

Animals that live in water depend on oxygen to survive, similar to algal blooms. Their fast and dense growth causes competition for oxygen, leading to the suffocation of sea animals. 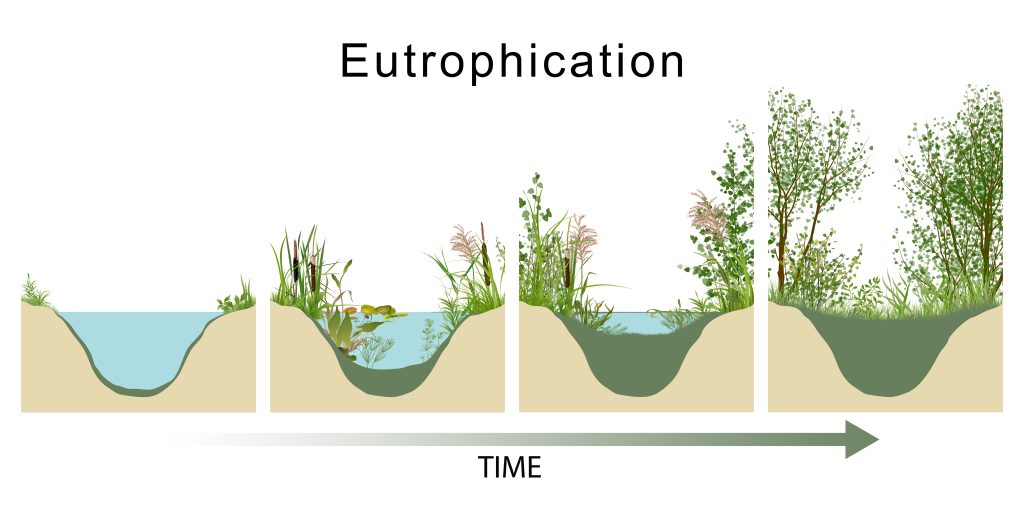 3. Cause High Accumulation Of Biomass

As discussed earlier, algal blooms destroy aquatic life. This happens through the toxins that they produce. The food chain is affected when small fish and shellfish, which are food to other sea animals like turtles, dolphins, and sea lions, are harmed. These animals are physiologically stressed, and their feeding is threatened since they avoid toxic prey. As a result, the energy flow within the ecosystem is affected.

Ground-level ozone, formed by nitrogen oxides from nitrogen compounds in the air, causes visibility constraints. The ozone can be transferred by the wind far away from urban to rural areas causing damage to trees and vegetation.

Acid rain results from nutrient pollution, where Sulphur Dioxide and Nitrogen Oxide are released into the atmosphere and react with water, oxygen, and other chemicals to form sulfuric and nitric acids. This combination damages water bodies, grasslands, and forests.

As discussed above, algal blooms produce toxins that affect the environment in various ways. It could threaten human health and aquatic life. Algal blooms also contribute to the high production of biomass.

Awareness of the dangers of algal blooms will help you be extra cautious. Therefore, be careful about discolored and smelly waters, as they could be home to algal blooms. The water is contaminated and therefore not fit for consumption and recreational activities like swimming because it irritates the skin.