The City of Nouakchott – Perspectives and Challenges

Nouakchott, capital city of the Islamic Republic of Mauritania, is the biggest city in the Sahara region. Like other major cities worldwide, the city is plagued by environmental, social and economic challenges. Sewage disposal network, dating back to 1960’s is no longer sufficient for Nouakchott. The country is heavily dependent on fossil fuels and woody biomass for meeting energy requirements, though there is good potential of solar, wind and biomass energy. Solid waste management is becoming a major headache for city planners. Population is increasing at a tremendous pace which is putting tremendous strain on meager civic resources. 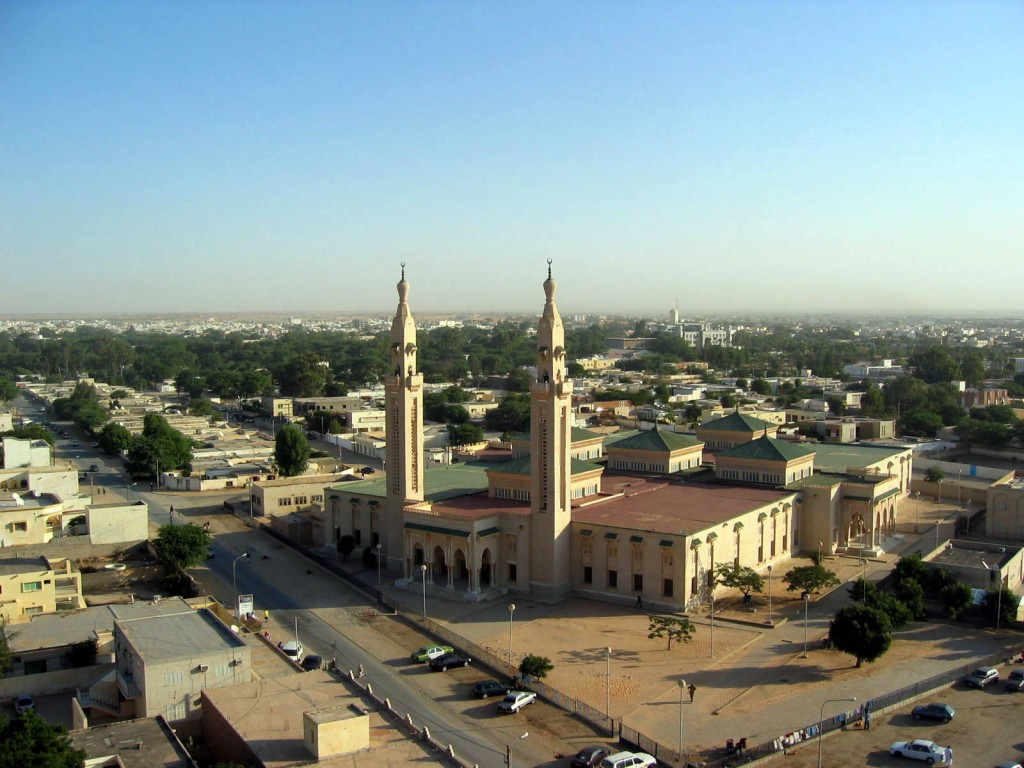 Mauritania is a Western African country bordered by the Atlantic Ocean, Morocco, Algeria, Mali and Senegal. Most of its 1,030,700 km2 are covered by deserts. A country as wide as Egypt, it is only scarcely inhabited by some 3.500.000 people. A crossing of cultures, most of the country is inhabited by Arab nomads, the Moors, while the South is inhabited by the African Toucouleur and Soninke people.

Before the country became independent in 1960, the French founded the new capital city Nouakchott. Originally, Nouakchott was a city intended for 3.000 inhabitants. Most of the inhabitants were nomads and the city was established at a meeting place and cattle fair for the nomads. The etymology of the name may mean salt marsh or shore. The area is flat, protected from the sea by low dunes and originally bordered by savannah type vegetation.

After independence, the city grew very quickly, well beyond the expectation of its French founders. In the 1970’s Mauritania sided with Morocco in the Western Sahara war, and was badly defeated by the Polisario rebels. The war caused a massive arrival of refugees from the combat zones in Northern Mauritania. At the same time, drought and famine devastated the whole Sahel region which causes a large-scale refugee influx in the Nouakchott region.

The arrival of refugees swelled the population of the city, making it the fastest growing city in the region, apart from causing a massive disruption in the environment. For decades, the majority inhabitants of Nouakchott lived in slums. The refugees came with their cattle and contributed to the destruction of existing savanna vegetation by overgrazing. The sand dunes quickly became loose and began to threaten the city from the East and North. Chaotic urbanization caused further environmental destruction, destroying the littoral zone.

The city also suffered social problems, as traditional ways of life disappeared. Former shepherds, agricultural workers and freed slaves became urban poor with little education and abilities to fit in a new economic model. The modern way of life lead to proliferation in plastics items and the landscape of Nouakchott got littered with all sorts of wastes, including plastic bags and bottles.

Nouakchott continues to grow with population crosing one million. However, there is stark absence of basic amenities in the city.  Apart from several wells, there are no potable water supplies. The city had no bituminous road beside the two main avenues until recently. The city lacks urban planning, wastewater management and waste management. The construction of harbour and urbanization has led to the destruction of the littoral dunes. The city is in real danger of being flooded in case of sea storm or high tide. The most threatened place is Tevragh Zeina, the most affluent part of the city. 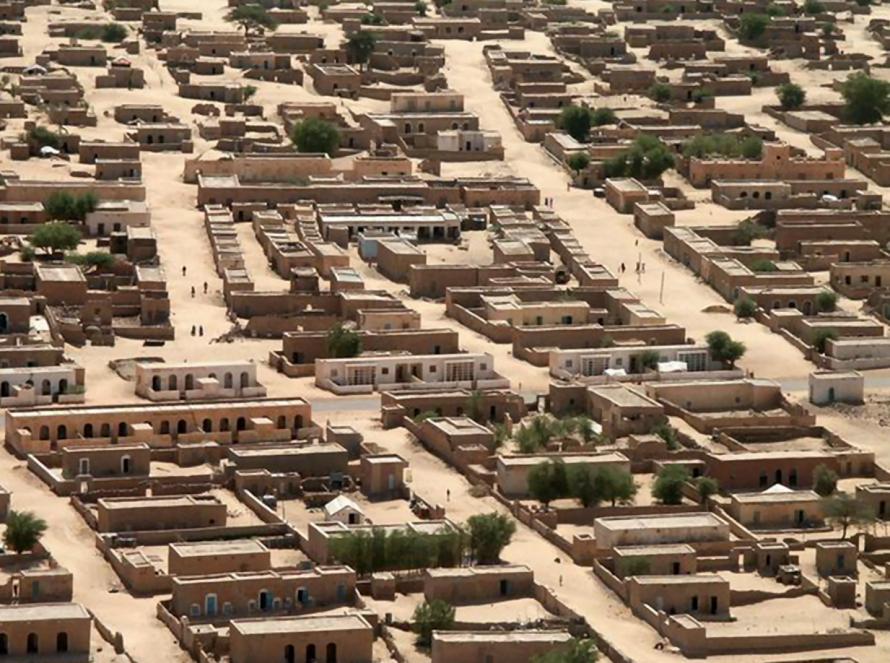 Nouakchott is a typical example of chaotic urbanization

Sand dunes are another cause of worry for Nouakchott. In the 1990’s a Belgian project for the construction of a green belt helped in stopping the progression of dunes. However, with expansion of the city, people have now started to build their dwellings in the green belt. The city is also at risk of being flooded in case of rain. In September 2013, during late rainy season, several parts of the city were flooded by rain. Parts of the city are still marked by semi-permanent sewage pools which are a major threat to public health.

In recent year, environment and sustainable development have become a priority. The government has built roads in Nouakchott and constructed a water abduction system for bringing water from the Senegal River. Slums have been replaced by social dwellings for the poorest.  New schools, hospitals and universities are sprouting at a rapid pace.

Plans are underway to develop the interior of the country to stop internal immigration to Nouakchott. The country is also making made ambitious climate change strategies and has banned the use of plastic bags which has led to its replacement by biodegradable or reusable bags. Mauritania has rich biodiversity, especially in its sea. Infact, the country has many biodiversity hotspots which may attract people for ecotourism.

There are huge challenges to be tackled to transform Nouakchott into a modern city. Due to nomadic links, Mauritania’s Arabs have a special link to desert and are counted among the environmentally-conscious people of Western and North Africa. However considerable efforts are required to educate the people living in and around Nouakchott and motivate them to become an active participant in sustainable development of the city.

Pascal Baute, biologist, is a Belgian Expert in environmental education and international environment policy. Pascal is the founder and the President of the Belgian non-profit organization, Nature, Sciences & Cultures which is active in West Africa. Pascal had a first career in international environment policy for the Belgian Government, when he did extensive project management in Western and Northern Africa. He then turned to project management in Canada and the Botanical Gardens of the University of Liège, Belgium. He is currently working as a science teacher at college-level in Brussels.
View all posts by Pascal Baute →