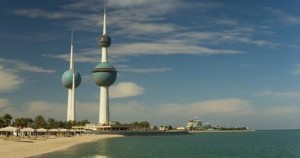 With rapid economic growth, solid waste generation is increasing rapidly in Kuwait. Presently, Kuwait is facing serious challenges in solid waste management sector. which is grossly affecting the environmental, economic and social situation in the country in addition to precipitating climate change.

The World Bank noted that Kuwait has a very high per capita waste generation of 1.55 kg per day, much higher than the global per capita average of 0.74 kg per day. The predominant solid waste disposal method in Kuwait is landfill burial which act as dumpsites without considering environmental and safety precautions.

Over the years, most of the dumpsites in Kuwait have been surrounded by residential and commercial areas due to urban development over the years. Residential areas that are close to closed landfill sites include Sulaibiyah, Kabed, Al Qurain, Shuaiba, Jleeb Al Shuyoukh, West Yarmouk and Al Wafra.

Most of the landfill sites were closed due to poorly trained staff and improper disposal methods which caused fires, groundwater contamination, public health concerns and environmental hazards. Many lives of residential people were endangered due to the spread of toxic gases such as methane and carbon dioxide and spontaneous fires.