The Impact of Urban Heat Island Effect on Sustainability

Urban Heat Island (UHI) Effect arises due to absorption of incident radiation from the sun by built surfaces of tall buildings, roof, concrete structures and asphalt roads and then releasing it in the form of heat. The term “urban heat island” describes the built-up areas that are significantly hotter than the surrounding open, natural or rural areas.

It occurs on the surface and in the atmosphere. The built surfaces are made of high-percentage of non-reflective and water-resistant construction materials. These materials act as heat sinks that absorb the radiated heat and store it for long time. 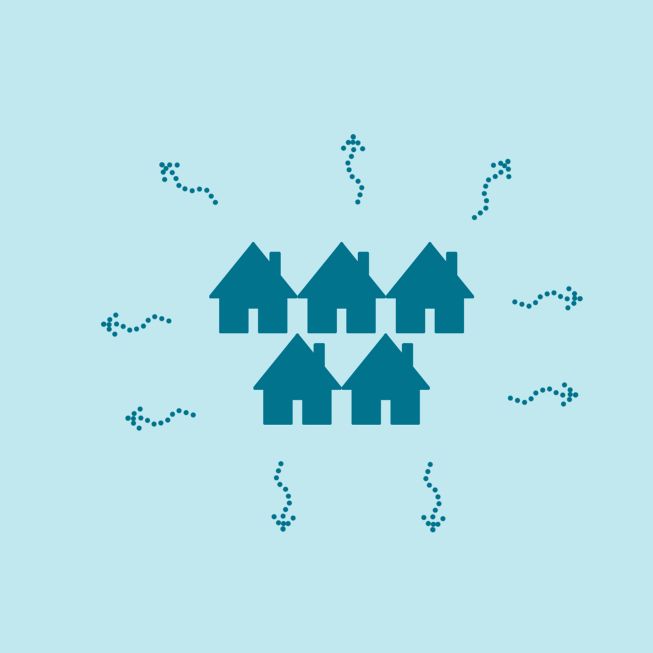 Lack of sufficient wind, change in thermal properties of the surface materials and lack of evapotranspiration rate in urban areas cause the urban heat island effect. On the other hand, green, wooded and open spaces composed of vegetation and moisture trapping soil use large proportion of absorbed radiation and release them through evapotranspiration process. As evaporation causes cooling effect, the released water vapour contributes to cool the air in the vicinity.

The increase in temperature in cities due to urban health island effect can have detrimental impacts on three pillars of sustainability, i.e. environment, people and economy.

Some of the negative effects of urban heat islands include:

UHI Effect in the UAE

Urban heat island is quite common in cities located in the temperate zone. However, a very few studies are done so far to find how cities in semiarid and arid areas act as urban heat islands. UAE consists of seven emirates and weather here is tropical desert climate. Out of seven emirates, Dubai, Abu Dhabi and Sharjah have experienced a rapid rise of high and low intensity urban areas in recent years.

Dubai the most populated and developed emirate and a very few studies indicated that its urban climate is mostly affected by land use changes, vegetation cover, and expansion of built of areas. It was thought that cities in arid region have possibility to act as daily urban cool islands (UCI). However, there are not many studies done so far to establish this. Rather some studies indicated that Dubai has seen 64.8% change in land cover and a 1.5 degree C rise in land surface temperature (LST) in past 10 years. These are the common indicators of UHI.

Therefore, proper management of green spaces is needed to mitigate the UHI effect in the urban cities of arid and semi arid countries. The heat island effect can be reduced by using following strategies.

The composition of land cover features can significantly influence the magnitude of land surface temperature.  Hence, increase in percent of vegetation is the most essential driver of reducing the land surface temperature and hence the urban heat island effect. Therefore, proper management of green space is needed to mitigate the UHI effect in the urban cities of arid and semi arid countries.