Water Stress in the Mediterranean

For many years now, the Mediterranean has been facing problems leading to a situation of serious environmental degradation. An increase in the temperature and salinity levels has been recorded during the second half of the 20th century in the Mediterranean Sea. However, this increase does not follow progressive trend and periods of temperature alternation have been observed. Following several climate change scientific reports, sea level trend at the global scale is higher than at the regional scales. 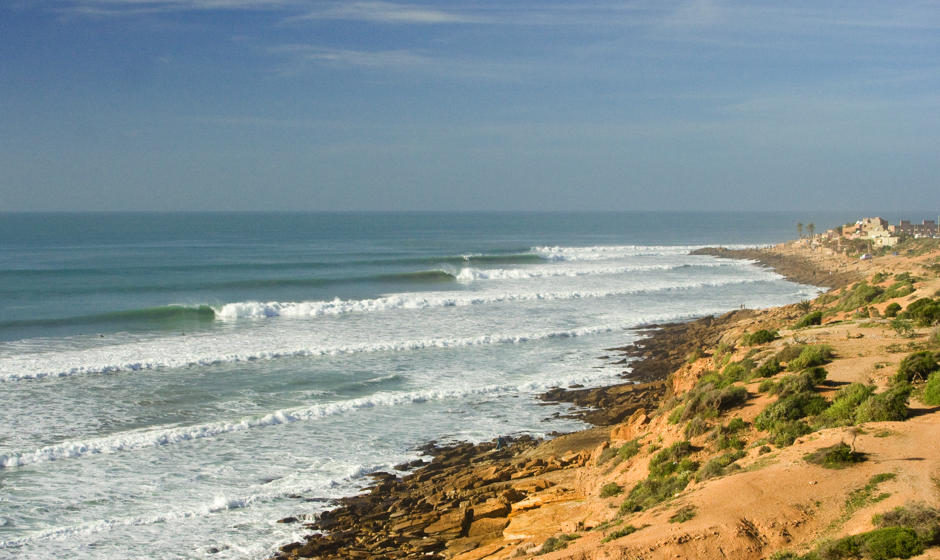 Furthermore, in the regional scale there are other influence factors such the atmospheric pressure and the wind. In addition, the small rises in temperature registered in the Mediterranean Sea, would have been compensated with an increase in the salinity, even though this fact is uncertain owing a lack of historical data.

Nevertheless, we can establish a prediction for the future: “The increase in the water stress in the Mediterranean basin (due to a higher evaporation rates and a decrease in rainfalls and water courses levels) will cause the raise of salinity would made up for the raise in temperature”*.

Drought in the Mediterranean and Middle East, resulting from lack of rainfall, reduces run-off, thus also affecting, among other things, power generation. In combination with high rates of evaporation and lack of moisture, it alters soil properties making the soil less productive, thus holding back agricultural development, the backbone for the economy of the Mediterranean basin countries.

The main cause of the water stress suffered by the Mediterranean and Middle East is the increasing use of natural resources by the rising population and the higher demand for water per capita. This is not only because customs are being adopted that do not allow for balanced water use but also, and especially, because economic and industrial development in the region has turned its back on any type of sustainable management of resources and conservation of the natural environment.

Industrialization is not only responsible for the shortage of water but also for the high levels of pollution in the Mediterranean sea which are destroying natural habitats. Over the last century, water has become a much-valued resource leading to disputes between different peoples, causing internal and even international conflicts.

Proper water management is necessary, especially because water is a limited resource in the Mediterranean and the Middle East. Before this is possible, it is necessary to create a greater awareness amongst society. Industries must become more respectful of the environment, national policies must be adopted to promote such industries and sustainable, equitable water management must be set up. The countries in the region must continue working together on research to resolve the problems of the Mediterranean. Fair, common policies must be adopted, preventing further international conflicts.

Note: This article is being reproduced with the kind permission of our esteemed partner Med-o-Med which has adopted a firm commitment to water use, not only because of its symbolic importance in Islam, but also because Islamic civilization was behind a real revolution in water use. The example survives even today in certain institutions, one such being the Valencia Water Tribunal in Spain which continues to function effectively today as it did in the past.

The original article can be accessed at http://medomed.org/2010/espanol-situacion-actual-hidrica-del-mediterraneo-y-oriente-medio/

Salman Zafar is the Founder of EcoMENA, and an international consultant, advisor, ecopreneur and journalist with expertise in waste management, waste-to-energy, renewable energy, environment protection and sustainable development. His geographical areas of focus include Middle East, Africa, Asia and Europe. Salman has successfully accomplished a wide range of projects in the areas of biomass energy, biogas, waste-to-energy, recycling and waste management. He has participated in numerous conferences and workshops as chairman, session chair, keynote speaker and panelist. Salman is the Editor-in-Chief of EcoMENA, and is a professional environmental writer with more than 300 popular articles to his credit. He is proactively engaged in creating mass awareness on renewable energy, waste management and environmental sustainability in different parts of the world. Salman Zafar can be reached at salman@ecomena.org or salman@bioenergyconsult.com
View all posts by Salman Zafar →
Tagged Industrialization, Islam, Med o Med, Mediterranean, Mediterranean Sea, MENA, Middle East, Rainfall, Salinity, Water, Water Crisis, Water Management, Water Scarcity, Water Stress. Bookmark the permalink.

One Response to Water Stress in the Mediterranean