Power of Cities to Shape a Greener Future

The current rate of urbanization is one of the global megatrends, which will manifest itself in many of the challenges faced in the upcoming decades. UN reports estimate that nearly 70% of the world’s population will be urban by 2050. The way in which cities deal with this rapid rate of urbanization will determine whether international objectives such as Sustainable Development Goal 11, aimed at making cities and human settlements inclusive, safe, resilient, and sustainable, will be achieved.

Urbanization has further impacts on many more of the goals defined in the UN 2030 Agenda on Sustainable Development. Achieving these goals will not only affect the quality of life in the respective metropolitan areas, but it also has indirect effects on challenges such as security and migration issues all around the world.

Sustainable Cities Are Not a Contradiction

Metropolitan areas are not known for their sustainability or ecological attention. Still today, many inhabitants of larger cities in countries of the Global South have a life expectancy of about half what they are in well-governed cities. If challenges of future urban development are not going to be adequately addressed, they could create massive problems associated with poverty, diseases and environmental catastrophes.

Properly managed, however, urbanization prospects present various opportunities for sustainable economic growth and human development. In addition to the potential for new sustainable infrastructure such as buildings and roads, urbanization will also create a demand for a whole range of new services. With many people moving to cities, new models of urban management related to energy and water supply as well as transport and security is needed.

Current developments in the US have underlined the potential of subnational levels of government to become new sources of hope when problem solving on other political levels seems to be blocked. As a reaction to the planned US withdrawal from the Paris Climate Agreement, the State of California has decided to advance its clean energy program.

Cities have recently started to acknowledge their role as new, powerful actors in the global playing field when it comes to fostering sustainable approaches for their challenges. With the goal to address climate change issues on a city level, major cities have established the C40 Cities Climate Leadership Group to collaborate and share knowledge for sustainable action. Another similar network is the UN HABITAT Cities and Climate Change Initiative. Such initiatives need to be multiplied: cities should embrace their role more and become aware of their potential to bring change.

As for the rest of the world, urbanization is also a challenge for the Arab region. Already today, it is one of the most urbanized regions in the world, and estimates suggest 68% of the population will live in cities by 2050. There are also differences between the different Arab regions – in GCC countries for example, urbanization rates are even higher with up to 80% of the population living in cities. Key challenges for future urban development are amongst others, not surprising, the security of urban water and food supply.

There is momentum across the Arab region concerning plans for sustainable urban development, the most notable in the UAE with the Masdar City project. Initiated in 2006, the original master plan of the planned city project was aiming to achieve full carbon neutrality. Even though the project might not achieve all its defined targets, such initiatives are much needed in order to initiate similar projects in the region and to act as a flagship projects. 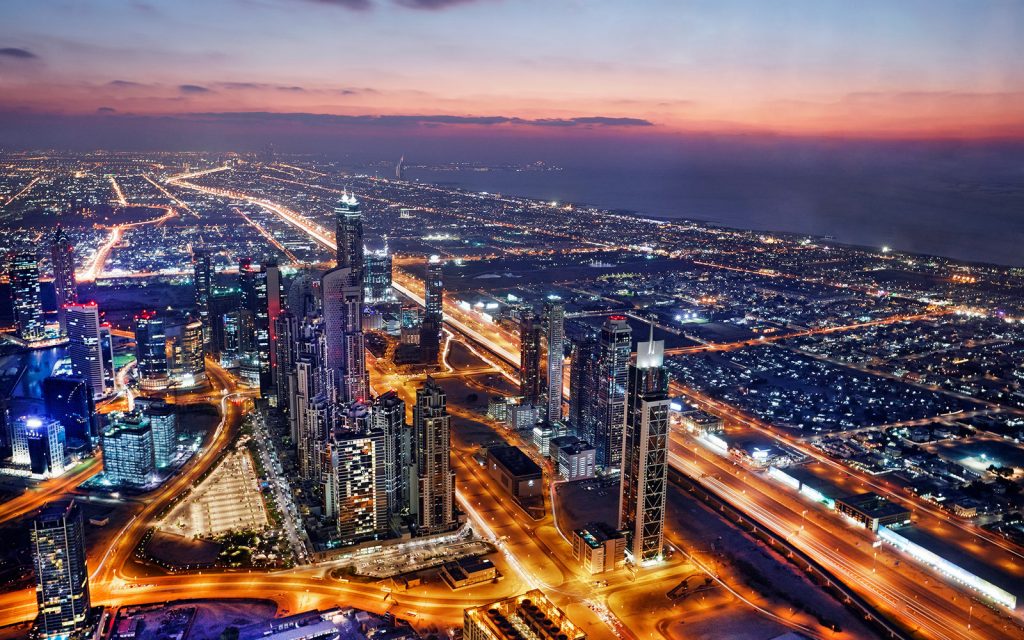 In addition to Shams 1, one of the world’s largest solar thermal power plants, learnings from Masdar City also include knowledge about shade-giving construction design in order to save energy costs for cooling, solar air-conditioning, pilot tests of green transportation systems as well as sustainable supply chains. Finally, the use of wind towers which cools down Masdar City and has been traditionally used in countries of the Arab Gulf are innovations that could be implemented in the whole Arab Region.

Achieving low-carbon, sustainable growth in urban areas remains an incredibly complex task. Cities should actively advance sustainability independent of national policies. However, in many Middle East countries with a highly centralized government, it is difficult for cities to push their own agenda. Cities can achieve their sustainability potential through increased network building with other cities, on a regional level with other Arab cities but also on a global level.

Knowledge as well as technology and best-practice exchange are needed for implementing complex concepts to achieve a sustainable development path. To implement sustainability measures successfully and manage increasingly large and complex urban systems, there is a need for better coordination between central and local level of government as well as an increased participation of private sector in urban development.

Rafael Widmer is Project Associate at the World Resources Forum, a Multi-Stakeholder Platform for knowledge exchange on resources efficiency, circular economy and recycling. He is a graduate student at Sciences Po Paris and the University of St. Gallen (Switzerland) majoring in Environmental Policy and International Affairs & Governance with a regional concentration on the Middle East. Rafael is currently writing his thesis about eco-entrepreneurship in MENA countries. He is passionate about developing solutions to fulfill sustainability potential in the Middle East.
View all posts by Rafael Widmer →
Tagged Arab, Cities, Energy, GCC, How Cities Can Shape a Green Future, Inter-Urban Cooperation, Masdar City, MENA, Sustainability, Sustainable Cities, Sustainable Urban Development, Urbanization, Water. Bookmark the permalink.

One Response to Power of Cities to Shape a Greener Future