Recent events in the Europe and the United States have propelled fracking up the public and political agenda. Is the case for drilling full of holes? Despite apparent economic benefits, fracking has got entangled in a good deal of controversies with some countries outrightly banning or suspending it. Public health concerns, environmental issues, geomechanical risks, groundwater contamination, air pollution and waste management are some of the issues are coming under increasing public scrutiny. 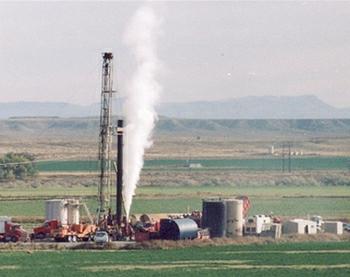 No Sense of Well-being

The oil and gas industry does not inspire huge public confidence, as attention focuses on major incidents like the Deepwater Horizon blowout, which have cost lives, caused huge environmental damage, and bolstered the arguments of green campaigners. Concerns about engineering methods and well integrity are more serious than any number of dubious YouTube clips showing people setting light to gas from their water taps.

Fracking is often carried out at considerable depth and involves pumping high pressure water into the rock. Deep wells and high pressures place strain on the engineered infrastructure and reduce the margins for error. The average depth of a fracked well in the US is around 2,500 metres, while the Bowland Shale in Lancashire is at a depth of some 4,750 metres. North Sea reserves are typically 3-5km below the seabed, but all are shallow compared with Deepwater Horizon, the deepest oil well in the world, extending more than 10,600 metres down into the rock. The Royal Society and Royal Academy of Engineers have produced a report on shale gas extraction, which highlights the need for good construction and well integrity.

Engineering challenges are not the only risk to account for in an Environmental Impact Assessment – contamination, water impacts and even radiation need to be considered. The evidence to quantify them may not yet be available in all cases, but the absence of evidence is not evidence of absence, especially in a developing industry.

The fracking process requires a huge amount of water, some 2-5 million gallons per well – although this estimate may be somewhat low due to the way data is collected and the fact that some wells are fracked multiple times. An MIT researcher has calculated total water use for US wells in 2011 to be around 135 billion gallons, based on a 5 million gallon average. It’s a lot of water – but represents just 0.3% of US water consumption, rather less than is used by golf courses. Fracking’s additional demands are not trivial: the industry’s impact on aquifers in some Texan counties is starting to foment concerns amongst previously pro-fracking populations.

The process of pumping large quantities of high pressure water, sand and sundry drilling additives produces a lot of waste water, which also contains toxic material brought up from the shales. Common toxins include heavy metals (such as barium, strontium and arsenic) along with a number hydrocarbons and bromides.

Evidence being amassed in the US shows that fracking operations have polluted groundwater and released fluids and gas into drinking water aquifers. As early as 1984, the US Environmental Protection Agency (EPA) reported a case in West Virginia, which rendered an aquifer unusable. In 2011, the EPA also reported extensive contamination of groundwater in Wyoming, and similar events have been recorded in Canada. In each case, the causes have been identified as faulty well installation, with seepage back into the ground from inadequately engineered waste water storage. There are of course also reports of cases where no contamination has taken place, which may serve as case studies of good practice, but the evidence suggests a degree of inherent risk.

A recent study by the University of Texas at Arlington found elevated levels of arsenic and other heavy metals in groundwater near fracking sites in Texas’ Barnett Shale. Whilst the study is not conclusive, elevated arsenic levels have also been detected by the EPA in domestic well water near a fracking site at Dimock, PA, necessitating additional treatment systems to be installed by householders.

In Pennsylvania, state authorities have responded to EPA concerns by requiring fracking waste water discharges to stop unless properly treated. Some had been discharged to sewage works that were incapable of dealing with the pollutants and therefore affecting river quality. Some US fracking wastewater is not treated: much is re-used and then stored, whether temporarily pending treatment, or long-term in deep wells. Above ground storage in open (and sometimes leaky) lagoons carries the highest risk of land being contaminated, but underground storage also holds risks.

There are two sources of radionuclides from fracking: those deliberately injected to trace and profile wells, and those occurring naturally in the shale that are brought to the surface. Around a dozen short half-life isotopes are used in controlled quantities for injection. Their use is of less concern than the naturally occurring radionuclides, such as Radium, Radon, Thorium and Uranium, which have a longer half-life. These materials require careful management to avoid environmental and health impacts.

The EPA has detected higher than permitted levels of these radionuclides in the outfall from wastewater treatment plant, and drilling industry studies have found that dilution in rivers may not be effective, meaning that radionuclides could enter drinking water inlets. Workers and local residents at drilling sites and wastewater treatment plants are exposed to health risks, most obviously cancers of the internal organs and the lungs, where Radon escaping as a gas has the opportunity to evaporate from storage or at the well head.

An extensive range of additives may be injected with the sand and water during the drilling and extraction processes in varying dilution and mixtures depending upon the geology of the fracked well. Most are quite widely used in industry, as operators are keen to point out, although they may have toxic characteristics: ammonium persulfate, hydrochloric acid and mineral oil being examples.

These additives constitute around 1% of the fluid, a significant quantity given the large amounts of water and sand being pumped. In the US the makeup of fracking fluids can remain unknown under commercial sensitivity laws, but UK rules include better disclosure on what chemicals are being used, allowing them to be vetted for toxicity and other hazardous properties.

Fracking is thought to cause seismic activity, and operations at the Cuadrilla site in the north west of England were suspended after a minor earthquake hit the news last year. A DECC report co-authored with the British Geological Society concluded that “the risk from these earthquakes is low” in terms of structural damage, but I would have concerns about the risk posed to the integrity of the well lining itself.

A recent report in the journal Science concluded that a large earthquake many miles away may trigger a swarm of smaller earthquakes around a drilling site. The resulting destabilisation of the fracked area can later lead to a larger earthquake. Fracking wells might act like seismic lightning rods; but there’s no safe path to earth for an earthquake and they could pose a more serious threat to habitations and structures than previously thought.

The International Energy Agency (IEA) has published a set of ‘golden rules’ for fracking that include examples of best practice in policy and regulation. These controls will be costly to establish and maintain – the IEA estimates that implementing its rules would increase the costs of a well by around 7% – which may harm the business case for unconventional oil and gas. However, without such measures it is doubtful whether even residents of the desolate north will be induced to welcome fracking, whatever its economic benefits.

Note: The article is being republished with the kind permission of our collaborative partner Isonomia. The original article can be viewed at http://www.isonomia.co.uk/?p=2204

Mike Tregent is a UK-based Chartered Environmentalist and a Member of the Chartered Institute of Wastes Management. He sits on the CIWEM waste and waste water technical panels. He has worked in a wide range of roles concerned with waste, and waste planning and resource management, public health, pollution prevention and soil protection in national and local government. He aims provide a high level expertise and insight from an independent point of view.
View all posts by Mike Tregent →