Driving down the streets of Dubai, one cannot ignore the large puddles of water that cover the side of the streets and sidewalks. These puddles, which are the result of attempted irrigation of green patches and plants, are a big waste. As a result, a very important question comes to mind: Does the UAE have that much water to spare? 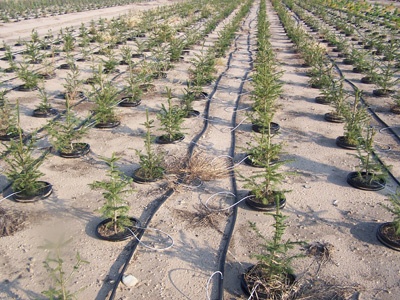 Why do people use this wasteful method? Simple: it’s the cheapest and fastest way to irrigate the plants, or it may seem so. Although the upfront costs are cheaper, there’s a large hidden cost of water that underlies the use of conventional irrigation methods in United Arab Emirates. There are a number of problems concerning spray irrigation but the most important is its inefficiency.

When using spray irrigation (sprinkler systems) in a country as arid as the UAE, 60% of the water evaporates before it is absorbed by the plants. As a result, only 40% of the water intended for irrigation is used, which itself is not evenly distributed. This lack of uneven distribution coupled with the decrease in the amount of water used is detrimental to the plants’ health.

However, as awareness about water scarcity increases, more efficient methods are being used. Drip irrigation is one of the methods being used as an alternative to spray irrigation. Drip irrigation consists of perforated tubes placed along the floor, or buried near the roots of plants, which deposit water directly to the plant roots. The result is not only a drastic decrease in the amount of water evaporated, but also uses 25% less water than spray irrigation systems.

A second method being used in the UAE is an irrigation system consisting of gravel and pipes 60cm below the surface. Before anything is planted, the plot is excavated and lined with a water-proof tarp followed by layers of gravel and dirt placed around a half pipe. The pipe is drilled at strategic areas in order to let water flow through but sand and soil stay out. This method only requires 2.5 litres of water in order to maintain a plot which usually requires 10 to 12 litres. 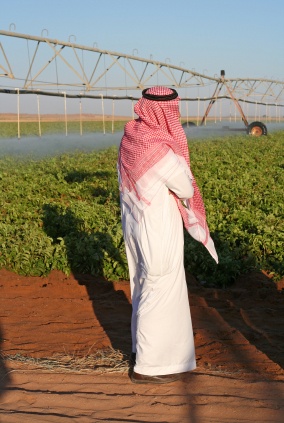 Some are quite simple and you can take action immediately:

Other solutions could be more complicated such as transitioning to more efficient methods of irrigation (see above). Of course the government has a role to play in incentivizing the adoption of environmentally friendly behaviors. The government of the UAE can:

With water scarcity continuing to reach an all time low, there isn’t enough water to be equally distributed between the people of the UAE, let alone water to waste. The time to act is now.

25 Responses to Irrigation Systems in the United Arab Emirates