In the recent past, Amman was among the cleanest cities in the world. These days, like many other countries, Jordan experiences littering of all waste types in its public areas, which has serious impacts on the environment, the economy, the aesthetic appearance of the regions that experience littering, and the public health.

Littering which has become a national scourge is omnipresent in Jordan. Drive along any road in Jordan and you will see all types of  litter, including cans, cigarette butts, plastic bags, tissues, sandwich wrappers, and old tyres. To outline the problem, an observational study was carried out by the writer in 2011 in Wakalat Street. The study made manifest the erroneous perception of cleanliness in public areas.  The interviewee reported the area as “clean” and overlooked litter that had accumulated on roadsides and had filled plant pots. 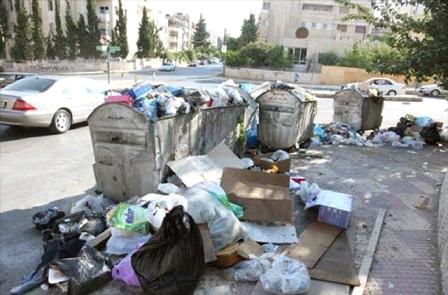 In the past few years, similar changes in population patterns have led to dramatic changes in all forms of human activities. As expected, this has led to the production of ever-growing quantities of wastes. Among the factors that contribute to increase littering are the nature of the Municipal council, lack of waste management infrastructure, an increase in the poverty rate, influxes of Syrian refugees, and, most importantly, changes in citizens’ behavior have all contributed to increase littering.

The aforementioned study revealed another reason for littering, which was an erroneous perception of what “cleanliness” constituted. Furthermore, a gap between theoretical and practical aspects of environmental knowledge led to Jordanians’ failure to see how environmental problems applied to their daily lives. Thus, they are unlikely act on them appropriately.

Jordanians define littering in terms of ethics or acculturation. They perceive littering as lack of civility, education, or as a result of carelessness, as well as something that is haram (forbidden) in Islam.

Individuals and NGOs are working hard to organize many anti-littering and clean-up campaigns. Encouraging behavioral change is a challenging task due to pressing socioeconomic issues such as poverty and unemployment. 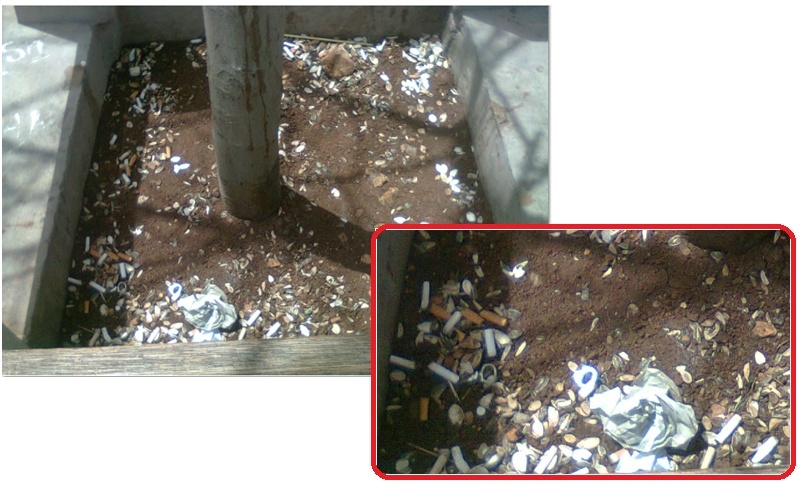 Daily scene of “invisible trash” despite the spreading of trash cans along the Wakalat Street.

Perhaps the most distinctive level of the protection framework is public participation. Therefore, conservation efforts should include the support and participation of citizens, researchers, municipalities, industry, and other sectors. To give practical solutions to prevent littering in Jordan, it is important that they fit our cultural background and come from our pioneer heritage which should be merged with modern knowledge. The following are applicable solutions to the tackle litter problem in Jordan:

The municipal waste infrastructure has not been able to keep up with rapid growth and the influx of refugees. Sustainable disposal infrastructure and facilities as well as recycling stations are a prerequisite to solving the grim reality of the litter problem.

Fortunately, Jordanians are aware that the issue is increasing. However, volunteers become discouraged when their hard work disappears under a fresh layer of litter. Thus, a comprehensive behavioral change package should be carried out at the national level.

Despite the inclusion of environmental topics in school curricula and conveying it through the media, there is a disconnection between theoretical and practical aspects. Therefore, environmental stewardship must be made relevant to daily life. Moreover, the ideas of cleanliness have to be emphasized in the media as it is rooted in Arab-Islamic culture.

More environmental stewardship programs should be adopted in schools; a leading example is the eco-schools program run by JREDS. Such programs should be extended to universities, with a community service course being integrated into graduation requirements and including a cleaning up theme.

Jordanians take great care of what that they feel ownership over. The Jordanian sense of ownership of public spaces should be expanded. Nationalism should be presented as being responsible for the country and its environment.

In 2012, GAM launched an ongoing campaign to discourage littering behavior by charging 20 JD fines for littering. It resulted in a drop in the number of littering violations by 13% within the space of a year (2014-2015), confirming the importance of implementing legislation to tackle the problem of littering. As littering is illegal in Jordan, a campaign for publishing the country litter laws that ban litter should be launched. Moreover, financial incentives for cleaning up should be adopted.

Empowering local communities to solve their own environmental problems is essential to influence the actions of the public towards the desired goal. Recycling initiatives can be locally sustained by individual actors and should be used as income generators for the families involved.

Recyclable material would be separated at the household level, then stored in a simple community recycling bank to be sold to scrap traders. Such an initiative would eliminate waste by transforming it from a nuisance to a resource.

Businesses that create litter such as fast-food restaurants should play an active role in stopping litter. Their social responsibility to society and their customers’ demands that they encourage the proper disposal of food wrappers through campaigns and incentives. 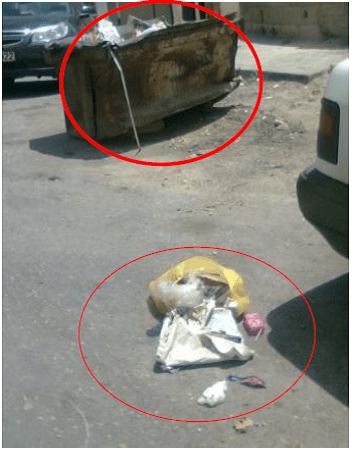 Furthermore, officials must oblige real estate and factory owners to maintain their land in public view and keep it free of construction trash and industrial waste.

Waste Reclaiming is the collection and reuse or sell the waste materials that would otherwise be sent to landfills by the municipal system. Creation a business model that adopt, organize, and cooperate with informal Waste reclaimers, will help in solving the waste problem and expanding Jordanian employment opportunities.

Today, we are in deep need for modern sustainable techniques derived from our heritage, compatible with our civilization, identity, and the climate of our country, and in consistent with the environmental teachings of Islam, which state to preserve the balanced relationship with the rest of the elements of creation.

2 Responses to 7 Ways to Tackle Litter Problem in Jordan