Qatar’s environmental records have always been in news, of course for the negative ones, but it has always strived to work towards reduction of GHGs emissions. Qatar is already doing plenty to help poor countries with financing and it seems unfair to focus on per capita emissions for a country with estimated population of 2.6 million making it the 143th most populous country on earth. (For climate talks, that is heresy). This may sound harsh, especially since Qatar’s contribution to global warming is tiny compared with the United States, China or India.

In recent years, Qatar is making itself a benchmark for all future sustainable and renewable initiatives in the Middle East. Qatar is committed to creating a cleaner and more energy efficient environment which is expected to make significant contributions in addressing climate change challenges and moving towards a more sustainable future. 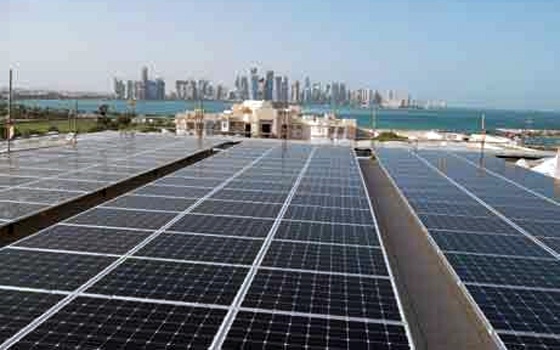 However, these positive moves will not be enough to cover up the fact that Qatar, much as the other oil-producing countries in the Gulf, has still not made any commitment as part of the UN climate talks. Here’s more about climate change mitigation in Qatar:

In line with Qatar National Vision 2030, Qatar aims to reduce its dependence on fossil fuels. Sustainable development has been identified as one of the top priorities in Qatar’s National Development Strategy. Environmental Development is one of the four main pillars of the Qatar National Vision 2030, which aims to manage rapid domestic expansion to ensure harmony between economic growth, social development, and environmental protection.

According to recent reports, Qatar is getting close to opening its long-delayed 200-megawatt solar tender. Qatar currently has a stated goal of installing 10 gigawatts (GW) of solar power capacity by 2030; the 200 MW solar tender represents just a portion of the installations expected over the coming years, but is still a noteworthy quantity. Qatar, as part of its environmental commitment and sustainable development, is turning to renewable sources of energy such as solar power, with initiatives already underway.

Qatar Foundation plays an instrumental role in Qatar’s sustainability efforts as it helps transform the country into a knowledge-based economy. It also endeavors to realize this vision by making sustainability an integral part of the day-to-day lives of local residents. By doing so, QF is working towards achieving its own strategic mission of unlocking human potential and promoting creativity and innovation.

Qatar Foundation, in partnership with the Potsdam Institute for Climate Impact Research (PIK), is setting up a pioneering Climate Change Research Institute and a Global Climate Change Forum as part of MoU signed on sidelines of COP 18 UNFCC Doha conference in 2012. The Institute, the first of its kind in the region, will seek to fill critical gaps in research on mitigation, adaptation and climate resiliency for key regions such as tropics, sub-tropics and dry lands. However, it is making a very slow pace due to various issues.

Qatar Foundation for Education, Science and Community Development is producing up to 85 percent of Qatar’s total solar energy as it announced the launch of one of the Gulf region’s first Energy Monitoring Centre (EMC) to manage its smart grid and monitor solar power generation across all sites within Education City. The EMC is part of the recently completed Solar Smart-Grid Project that added a total of 1.68MW of new solar photovoltaic (PV) systems at various facilities. The PV systems at QF now generate 5,180 MWh of clean energy annually, resulting in savings of around 2,590 tons of CO2 emissions every year.

The Qatar Green Building Council, a QF member was established in 2009 to promote sustainable growth and development in Qatar through cost efficient and environment-friendly building practices. There has been rapid progress in green building sector in Qatar with the emergence of many world-class sustainable constructions in recent years. With the fifth-highest number of LEED-registered and certified buildings outside the U.S., Qatar has valuable experience and inputs to offer on the system’s local relevancy and application.

Qatar National Convention Center (QNCC) which hosted Doha UNFCCC climate conference COP 18/CMP8 was the first LEED certified project in Qatar and remains its largest rooftop solar system installed to date. Subsequently, Qatar Foundation continues to have the largest pipeline of all PV installations in the country, in addition to its pipeline of LEED-certified green buildings. With more than five megawatts of solar energy installations planned, Qatar Foundation’s clean efforts are one of the largest in the Gulf region. 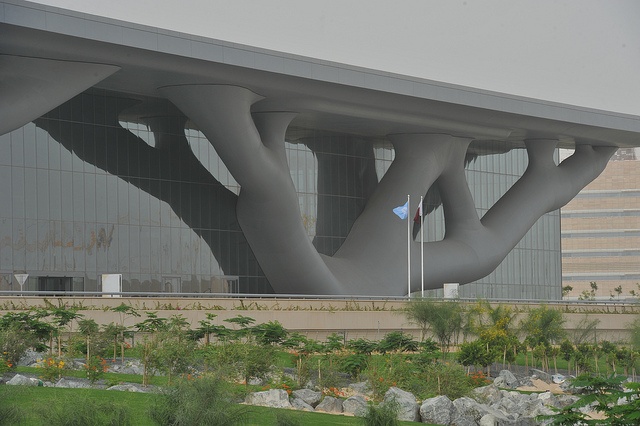 QF is equally dedicated to sustainable infrastructural development. For instance, the student-housing complex at Education City is currently one of the only platinum LEED-certified student housing complexes in the world. Having earned 12 Platinum LEED certifications in the category of ‘New Construction’ from the US Green Building Council, it is also the largest collection of platinum LEED- certified buildings in one area in the world.

Qatar Solar Energy (QSE) has officially opened one of the largest vertically integrated PV module production facilities in the Middle East and North Africa (MENA) region. The 300 MW facility, located in the Doha industrial zone of Qatar, is the first significant development of the Qatar National Vision 2030, which aims to reduce the country’s reliance on fossil fuels in favor of more renewable energy sources. Qatar’s fledgling forays into the solar PV sector have gathered pace last year, when state-backed Qatar Solar Technologies (QSTec) acquired a 29% stake in SolarWorld in a move that raised eyebrows throughout the industry.

The Head of Qatar’s state-run electricity and water company (Kahramaa) has already announced ambitious plans to install solar panels atop the roofs of many of the country’s 85 reservoirs. With these latest plans are for creative solution to Qatar’s lack of viable land space (the country measures just 11,571km²), it is a must in a country with very little available land for large-scale solar plants. Qatar will adopt a scattered model, installing several small- to medium-sized PV installations.

Qatar’s National Food Security Programme (QNFSP) has been a driving force behind the nation’s thirst for renewable energy, creating an action plan designed to better utilize Qatar’s abundant solar radiation. Meanwhile, Qatar Solar Tech 70% owned by the Qatar Foundation has announced that it is scaling up its local manufacturing capabilities, and will build a 297 acre solar farm in the country’s Ras Laffan Industrial City.

As the host country for 2022 FIFA World Cup, Qatar has pledged solar-powered stadiums and the country is also working on a range of other solar projects gearing up to this football extravaganza.

Climate change and increase in temperatures is making Qatar even more vulnerable to the lack of water and food insecurity. Every single drop of water that is used in Qatar needs to be desalinated. Every single gram of food that is eaten needs to be either imported or grown with desalinated water. The plunging price of oil, coupled with advances in clean energy and resource conservation, offers Qatar a real chance to rationalize energy policy. 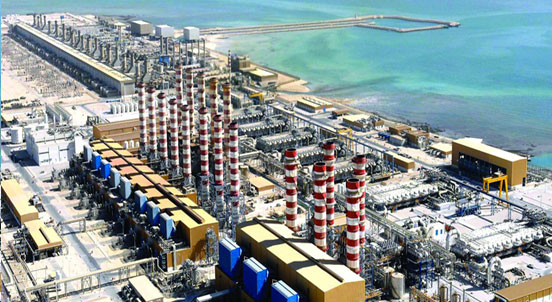 Qatar can get rid of billions of dollars of distorting energy subsidies whilst shifting taxes towards carbon use. It is heartening to see that Qatar has recognized the importance of renewable energy and sustainability and its fight for reducing its ecological footprint. A cheaper, greener, sustainable and more reliable energy future for Qatar could be within reach.

Neeshad holds a masters degree in Environmental Engineering and resides in Doha, Qatar. He has been an educator/speaker and activist since university days on environmental education as well as working on numerous grassroots campaigns for various social justice issues that he cares about deeply. His continuous enthusiasm and care for environment, climate change advocacy lead him to Co-Found AYCM Qatari chapter. He is a youth environmental activist and outspoken climate change advocate, who campaigns extensively on social media platforms to raise the awareness about Climate change, Water/Energy conservation and Sustainable Development. Neeshad is passionate about addressing the climate crisis and is currently serving as the Community Manager for CliMates, Founding Member of CAN Arab World, and Program Manager with African Youth Advocacy Platform (AYAP).
View all posts by Neeshad Shafi →
Tagged climate change, climate change mitigation in Qatar, Energy, GHGs, Global Warming, Green Buildings, Kahramaa, Qatar, Qatar Foundation, Qatar National Vision, Renewable Energy, solar plants, Sustainable Development. Bookmark the permalink.