What Will Power the Future of Trains – Hydrogen or Batteries?

Trains may seem outdated to some, but they’re one of the most eco-friendly modes of transportation. Even diesel trains produce fewer emissions per passenger per kilometer than cars and planes. Electric trains are also gaining popularity, with both battery-powered and hydrogen options available.

Given current climate concerns, the move to electric trains is inevitable. It’s not a question of whether railroads will go electric, but rather how they’ll do so. Both hydrogen and batteries show significant promise, but which technology will become the standard for future locomotives?

The hydrogen-versus-batteries debate isn’t a new one, and it likely won’t go away anytime soon. Here’s a closer look at these technologies and what they offer.

Hydrogen trains aren’t standard yet, but they’re becoming more prevalent. There are already hydrogen train lines in Europe, and California plans to implement one by 2022. Hydrogen power has seen applications in other areas, like space travel, but it has potential for railways, too.

These technologies generate electricity through the chemical reaction of combining hydrogen and oxygen. Since they rely on these readily available resources, hydrogen fuel cells’ environmental impact is minimal. The only emission from this process is water, often in the form of steam, making them even more eco-friendly.

Despite these advantages, modern hydrogen-powered trains are far from perfect. Fuel cells require expensive materials, and extracting hydrogen for fuel is not an emissions-free process. Until companies find ways around these issues, hydrogen power may be inaccessible and less sustainable than it seems.

Battery trains are more common than hydrogen options but are still relatively new. Batteries have been the go-to technology for other electric vehicles like cars, so implementing larger versions in trains is reasonably straightforward. Battery trains might be even more efficient than electric cars, too, since they can charge on an electrified track. 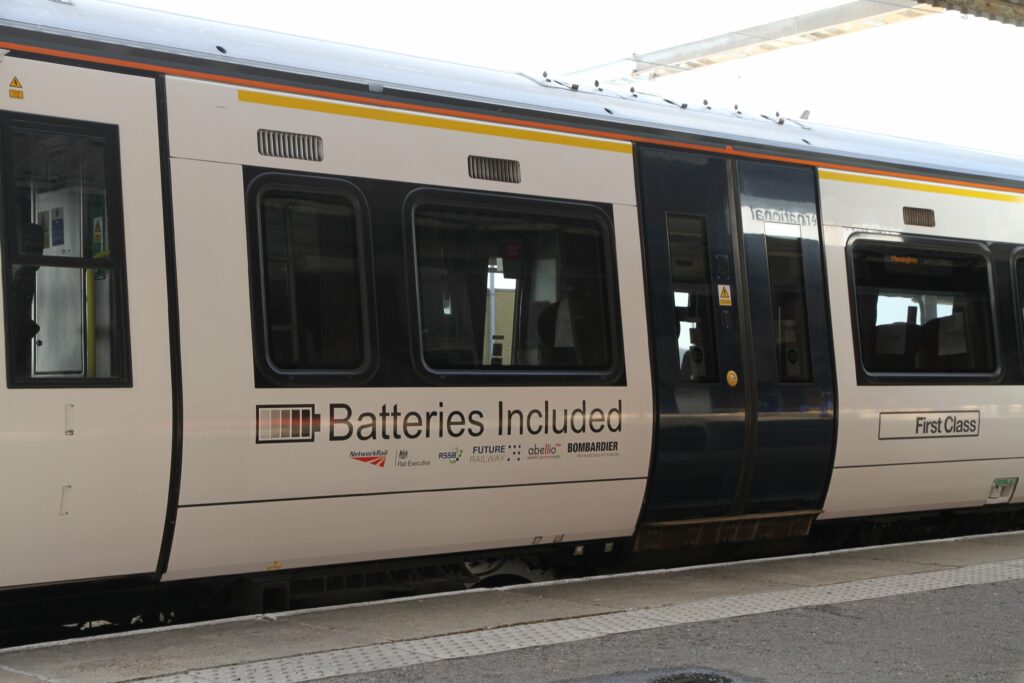 Still, these trains have their fair share of downsides. Improper storage conditions can cause lithium-ion batteries to overheat, making their shipping more of a challenge. These batteries also take longer to recharge than hydrogen trains take to refuel, and don’t offer as much range.

Which Technology Is Superior?

With all these factors in mind, batteries and hydrogen fuel cells are more balanced than some would think. At the moment, batteries are a more accessible and viable option, but fuel cell technology will catch up before long. Railroads in the future will likely use a combination of both, not one or the other.

Just as vehicles today use both diesel and gasoline, transportation tomorrow will use both batteries and fuel cells. Some might even feature a hybrid of the two technologies. Both offer unique advantages, so different areas will implement them according to their needs.

Railways with longer commutes or more demanding schedules will likely prefer hydrogen trains. Systems that need faster and more affordable implementation will lean toward batteries. Climate change is a pressing and multi-dimensional issue, so it will take various approaches to combat it.

Building the Emission-Free Train of Tomorrow

Railways could play an essential role in lowering transportation emissions, and electric trains make them even more promising. In the immediate future, most electric trains will likely use batteries, but that technology won’t reign supreme forever. Hydrogen fuel cells or renewable hydrogen will see more implementation as they improve.

The future of railroads won’t rely on either batteries or hydrogen, but both. Together, these technologies will help various train systems meet their unique clean energy needs.

One Response to What Will Power the Future of Trains – Hydrogen or Batteries?