Biological weapons are considered the most dangerous of all known weapons of mass destruction. They are used to deliberately cause epidemics among humans; destroy the environmental components, including water, air, and soil; and target crops and livestock. Examples of diseases used in biological warfare include anthrax, smallpox, plague, cholera, and avian flu. In addition to the catastrophic effects of biological warfare on the biodiversity and the environment, their danger lies in their low cost and rapid spread, as well as their easy preparation, transport, and use.

Unlike nuclear and chemical bombs, biological bombs are without odor or color and therefore cannot be detected. Additionally, bioweapons are dangerous because of their effects on untargeted organisms in a military attack, and the clinical symptoms they create may be difficult to distinguish from normal diseases. Bioweapon pathogens remain in nature for several years and are able to survive in harsh environmental conditions.

Diseases are one of the main drivers of extinction in endangered species; therefore, disease control is fundamental to preserve biodiversity. Despite the presence of vaccines and drugs for most bioweapons, they may not be available in adequate quantities to cope with an epidemiological disease outbreak.

Biological attacks pose a threat to naturally rare wild plants and animals and to species whose natural habitats have been degraded by human activities. Furthermore, diseases that humans, domestic animals, and domestic plants have been able to develop immunity to can be fatal in wild animals and plants. Bioweapons are not only having direct effects on the genetic biodiversity of indigenous species but also are having direct and indirect catastrophic effects on vital plant and animal communities. 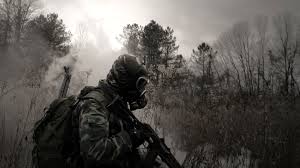 Conservation of livestock breeds is essential to maintaining genetic diversity, which in turn is vital to increasing the ability of living organisms to adapt to environmental changes. The danger of bioweapons regarding animal biodiversity is summarized in three main points:

1. The direct impact of diseases on wild species

Some deadly diseases in humans or domestic animals can infect wild animals. For instance, an epidemic destructive impact on endangered species is reflected in the effects of Canine distemper, a natural viral disease that infects wild dogs and wild animals belonging to the same group. Canine distemper was also developed in bioweapon laboratories.

Over the past decade, the spread of this disease has resulted in habitat loss and in the extinction of a large number of wild species in North America. Additionally, it led to the elimination of about one-third of the lion population in Tanzania and had serious impacts on the endangered leopard population.

The history of rinderpest in Africa provides a model for predicting the potential effects of lethal diseases on wild species and livestock. In 1887, European colonial armies introduced the rinderpest virus to Africa through imported cattle, which led to a rinderpest outbreak among domestic cattle breeds and wild species, killing an estimated 90–95% of African cattle and buffaloes within three years.

To control the epidemic, African herds and buffaloes have been destroyed in most parts of Africa. Despite efforts to combat rinderpest over the past century, the disease is still strong, and its outbreak in the region occurs frequently.

Threatened species may be destroyed in areas that have been subjected to biological attacks with the aim of eradicating the disease. For example, in the United States, programs to control brucellosis in livestock have resulted in killing large numbers of wild animals, including the Bison and the white tailed deer. 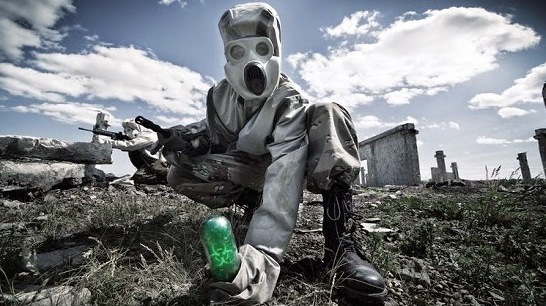 Microbes can be used in crop destruction. For instance, “Rice blast” is a disease affecting rice and therefore leads to crop destruction and genetic changes in the plant.

The discussion about controlling destructive bioweapons is growing, as they pose a vast danger to both humanity and the environment alike. Any failure to prevent biological attacks can lead to the deterioration of genetic diversity in animals and plants, the extinction of endangered species, and the destruction of human livelihoods and traditional cultures.

It is not easy to put an end to the biological arms race, so global efforts must be consolidated to combat these threats. Countries must strengthen their ability to detect early attacks. Biologists and economists need to communicate with decision makers to convince them of the importance of developing defense systems to face bioweapons and limit their environmental and socioeconomical effects. Certainly, it is necessary to raise awareness regarding the dangers of biological warfare.

Interdisciplinary and international efforts are required to increase the surveillance, monitoring, and identification of pathogens and to better understand the dynamics of disease transmission within human, plant, and animal populations. This will greatly enhance our ability to combat the effects of bioweapons and emerging diseases on biodiversity.

Nura A. Abboud is an environmental activist and Founder of the Jordanian Society for Microbial Biodiversity (JMB), the only NGO in the Middle East concerning the microbial biodiversity. Nura specializes in molecular biology, biological sciences, microbial biodiversity, genetic fingerprinting and medical technologies. Her vision is to establish an eco-research center in the astonishing desert south of Jordan. She has received several scholarships and awards including honorary doctorate in Environmental leadership.
View all posts by Nura A. Abboud →
Tagged Animals, Anthrax, Biodiversity, Biological Warfare, Bioweapons, Diseases, effects of biological warfare on biodiversity, GMO, impacts of biological warfare, Natural Resources, Pathogens, Plants, Virus. Bookmark the permalink.

2 Responses to Catastrophic Impacts of Biological Warfare on Biodiversity