Jordan is situated at the center of unique biota, representing the biodiversity of dry lands. The natural ecosystems in Jordan support human activities in agriculture, forestry, animal husbandry, tourism, traditional and pharmaceutical health products, traditional medicine and many others. These ecosystems are also important for their intrinsic value, and for protection of overall environmental quality. 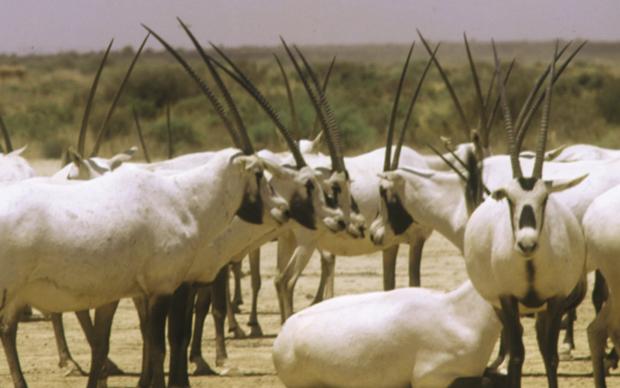 The Levant states in general, and Jordan in particular, went through changes during the past two centuries from various anthropogenic activities. These changes are threatening the natural ecosystems, which have been destroyed to make way for agricultural, industrial, or housing developments. Species biodiversity have been severely affected, with many facing extinction. Rare and endemic plant and animals are endangered.

Despite its relatively small size, Jordan is highly rich in biodiversity. The country is divided into four different bio-geographical zones – the Mediterranean, Irano -Turanian, saharo-Arabian and Sudania. These zones are key elements in supporting biodiversity, containing three major ecosystems – terrestrial, marine, and wetland.

Biodiversity in Jordan has been seriously threatened in recent years. Natural areas and wildlife has been severely affected due to rapid urban growth resulting from population growth, large-scale migration and rapid industrial expansion has led to depletion of natural ecosystems.  Agriculture, animal-grazing, construction and other human activities has led to soil erosion, desertification and fragmentation of the land and reduction or extinction of wildlife. Furthermore, the increasing stress on limited water supplies has led to overexploitation of water resources and a decline in its quality and general decline in biological systems.

The agricultural expansion has led to ecological changes in two ways: decrease in population of some species due to alteration of their natural habitat, and over-exploitation of water resources. For some species, the lack of water has forced the animals to move or die, although for others it has increased their population. Rampant use of pesticides and chemical fertilizers has contaminated soil and water resources while reckless use of heavy agricultural machinery on marginal arid lands has encouraged soil erosion.

Overgrazing is widely recognized as harmful to ecosystems as it may lead to desertification, which increases atmospheric dust; such dust creates a health problem for both humans and wildlife. Furthermore, overgrazing is harmful for soil microorganisms on which the health of the entire ecosystem depends upon. Desertification and deforestation causes the land to deteriorate rapidly. Although Jordan is committed to the Convention on International Trade in Endangered Species (CITES), illegal hunting and trapping is still common which is threatening a host of wildlife species. Traffic and vehicular movement is increasing rapidly in Jordan which is also reading to soil erosion and death of animals.

Jordan is working toward more profound strategic policies and actions to meet the requirements of the Convention on Biological Diversity. At the national level, the goal is to raise public awareness about nature as related to the conservation of biodiversity, and to direct national concern in different sectors about the conservation and management of Jordan’s natural habitat in a sustainable way. Decision makers in Jordan should be more aware of the threats facing biological diversity and the degree of its deterioration.

An important development is a multidisciplinary approach that uses geographic information system (GIS) analysis. The plan should involve many stakeholders, including the government, specialized nongovernmental organizations, local communities, and representatives research initiations and universities. As a response to the urgent need for conservation of biodiversity in Jordan, I suggest the following solutions:

Jordan is committed to study its biodiversity to conserve its natural resources and ensure the sustainable use of its resources. It is also hoped that Jordan Biodiversity study will be the basis for cross-cultural cooperation and exchange, resulting in scientific integration between Jordan and the rest of the World. The result of applying there principle across several areas will be a visible recovery and improvement of Jordan’s ecosystem. Additionally, new jobs will be created as part of the conservation efforts.

A biological survey is necessary to monitor changes in the Jordanian ecosystems.  National guidance is required, as well as national and international funding for these activities. Appropriate development organizations should encourage research in ethno-biology to identify plant and animal species used by local people, which will prevent species from being irretrievably lost.

Considering that one third of the land mass surface of the earth is classified as arid land, knowledge of the composition of their bio-communities and of how these communities are affected by landscape sustainability measures will find wider application in landscape sustainability programs and contribute to future global policies. Government and specialized environmental NGO involvement is essential for the success of these measures.

Nura A. Abboud is an environmental activist and Founder of the Jordanian Society for Microbial Biodiversity (JMB), the only NGO in the Middle East concerning the microbial biodiversity. Nura specializes in molecular biology, biological sciences, microbial biodiversity, genetic fingerprinting and medical technologies. Her vision is to establish an eco-research center in the astonishing desert south of Jordan. She has received several scholarships and awards including honorary doctorate in Environmental leadership.
View all posts by Nura A. Abboud →
Tagged Animals, Biodiversity, Biodiversity in Jordan, Birds, conservation, Ecosystem, environment, Forests, Jordan, Levant, MENA, Natural Resources, Water Management, Wildlife. Bookmark the permalink.

6 Responses to Preserving Biodiversity in Jordan