Nile – The Lifeline of Egypt

The Nile always played a key role in the lives of Egyptians. It made living in the desert possible, provided drinking water; it was a source of irrigation and most importantly created fertile soil that allowed for growing crops to feed the masses. The Nile also offered an ideal means of transport for goods and people thus causing development of boats and other water traveling methods.

During the course of history, using the Nile for trading with other countries proved easier and safer than land. The trip from northern to southern Egypt would have been very strenuous if it wasn’t for the boats. 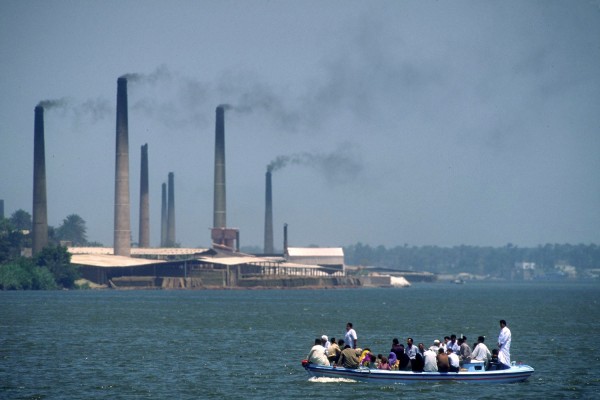 Nile is the world’s longest river running over 6,700 kilometers; it is one of the very few, if not the only river flowing south to north; from the uplands of central Africa to the Mediterranean sea. It’s no coincidence that some people consider the Nile flowing backwards.

The Nile was essential in building the great Egyptian civilizations; today, with 90% of the population living next to it, it still plays key role in sustaining the nation.

Herodotus, the famed Greek historian called Egypt “gift of the Nile” and 2500 years later, we see that this statement is still quite valid.

Why is the Nile so polluted? 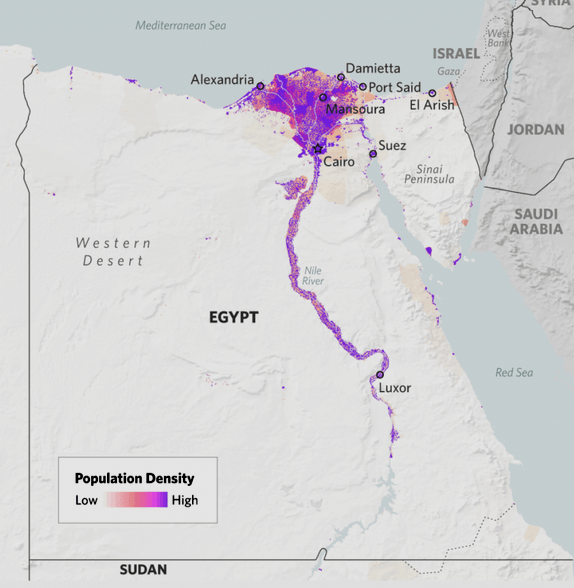 The situation does not end there, as many commercial boats spill oil, gasoline and sometimes parts of their shipment into the river; in addition to the air pollution caused by their aging, inefficient motors.

All of the above creates a mix of chemical, biological and physical waste that makes the Nile more of a dump than a source of life; and despite genuine efforts by local environmental authorities, the situation of degeneration of Nile remains out of control.

We believe the answer to this problem beside rules, policies and governmental regulation is education and public awareness; it is a necessity for any initiative to succeed

Impact of Chemical and Biological pollution

Beyond the obvious decline in looks and smell; a dirty Nile has far more dire effects on the health and wellbeing of people, animals and plants around it.

Despite advancements in the health and age expectancy of Egyptians, some diseases like diarrhea, schistosomiasis and typhoid, clearly related to water pollution were found to be rising. Hepatitis C, also related to water and sanitary conditions increased significantly undermining all efforts to improve the general health conditions.

We consider chemical and biological pollution of the Nile is the foremost problem in Egypt that needs to be dealt with vigorously and immediately.

Physical pollution in the Nile comes mainly in the form of plastic parts; it is especially important because it is the most ‘eye soring’ type of pollution. Take a short cruise along the Nile and you’re bound to see every plastic item imaginable. You’ll see them floating around or accumulated on the shores, you will see them clogging irrigation structures and at water treatment intakes.

The huge amounts of plastic and other debris eventually settle down at the bottom of the river, taking a few hundred years or so to disintegrate or they continue their trip northward until reaching the Mediterranean.

It is not surprising to see the beautiful Mediterranean become one of the most plastic infested seas in the world. Thanks to the Nile one of the main sources contributing to this pollution.

Physical pollution is just bad; it negatively impacts tourism, raises cost of water purification, and sends a negative image to the world about the state of Egypt.

Who’s responsible for what?

Chemical and biological pollution is mostly caused by public and private corporations, factories and shipping companies. It is difficult for individuals to face such entities since some could be ‘too big’ to comply. Governmental authorities however, can do a bit of arm twisting. They have the power to enforce the law and penalize violators. Such authorities will be more effective than any focus group or local community.

Physical pollution on the other hand can be better controlled by civil societies through volunteers and a little help from local businesses, as most of the pollution comes from individuals. That’s where we see we can make a difference and that’s how the whole idea of VeryNile came up.

What are people doing about cleaning the Nile?

As far as our memory goes, we couldn’t think of one national campaign or a major initiative that effectively kept the Nile clean, not even for a while.

What are we doing about it? … Try VeryNile

VeryNile is arguably the most effective and one of the first initiatives to seriously and sustainably clean the Nile.

Just Google up the words ‘Nile clean efforts’ or ‘cleaning up the Nile’ …. anything along these lines and you will be overwhelmed. You will almost see nothing except VeryNile.

All other Nile cleanup search results will be about changing policies, stiffening penalties, awareness and so on; but not one collaborative initiative like VeryNile

As it stands right now, VeryNile is the only hope for a clean river Nile, from Aswan to Cairo to Rashid and Dumyat.

Sherif Issa Heads the Environmental Sustainability at Orange Egypt. He holds master’s in Civil | Environmental Engineering from City University of New York and a Bachelor degree from Cairo University. He is currently responsible for developing and maintaining the environmental management system of the company covering aspects of operations. Sherif is a member in several focus groups and governmental committees like the Scientific Research of the National Council of Women and Environmental Education committee of the Ministry of Culture.
View all posts by Sherif Issa →
Tagged Biological Pollution, Egypt, garbage, Nile, Physical Pollution, Plastic, Pollution, sewage, VeryNile, waste. Bookmark the permalink.