Egypt has been suffering from severe water scarcity in recent years. Uneven water distribution, misuse of water resources and inefficient irrigation techniques are some of the major factors playing havoc with water security in the country. Egypt has only 20 cubic meters per person of internal renewable freshwater resources, and as a result the country relies heavily on the Nile River for its main source of water. The River Nile is the backbone of Egypt’s industrial and agricultural sector and is the primary source of drinking water for the population. 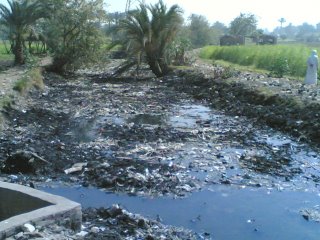 Rising populations and rapid economic development in the countries of the Nile Basin, pollution and environmental degradation are decreasing water availability in the country. Egypt is facing an annual water deficit of around 7 billion cubic metres. Infact, United Nations is already warning that Egypt could run out of water by the year 2025. According to My Custom Essay experts you can see the information provided below that could be essential for students who write academic papers.

Let us have a close look at major factors affecting Egypt’s water security:

Egypt’s population is mushrooming at an alarming rate and has increased by 41 percent since the early 1990s. Recent reports by the government suggest that around 4,700 newborns are added to the population every week, and future projections say that the population will grow from its current total of 92 million to 110 million by the year 2025.

The rapid population increase multiplies the stress on Egypt’s water supply due to more water requirements for domestic consumption and increased use of irrigation water to meet higher food demands.

Egypt receives less than 80 mm of rainfall a year, and only 6 percent of the country is arable and agricultural land, with the rest being desert. This leads to excessive watering and the use of wasteful irrigation techniques such as flood irrigation [an outdated method of irrigation where gallons of water are pumped over the crops].

Nowadays, Egypt’s irrigation network draws almost entirely from the Aswan High Dam, which regulates more than 18,000 miles of canals and sub-canals that push out into the country’s farmlands adjacent to the river. This system is highly inefficient, losing as much as 3 billion cubic meters of Nile water per year through evaporation and could be detrimental by not only intensifying water and water stress but also creating unemployment.

A further decrease in water supply would lead to a decline in arable land available for agriculture, and with agriculture being the biggest employer of youth in Egypt, water scarcity could lead to increased unemployment levels.

The pollution of river Nile is an issue that has been regularly underestimated. With so many people relying on the Nile for drinking, agricultural, and municipal use, the quality of that water should be of pivotal importance. The reality is that water of Nile is being polluted by municipal waste and industrial waste, with many recorded incidents of leakage of wastewater, the dumping of dead animal carcasses, and the release of chemical and hazardous industrial waste into the river. River Nile is commonly used for dumping of household trash

Industrial waste has led to the presence of metals in the water which pose a significant risk not only on human health, but also on animal health and agricultural production. Fish die in large numbers from poisoning because of the high levels of ammonia and lead. Agricultural production quality and quantity has been affected by using untreated water for irrigation as the bacteria and the metals in the water affect the growth of the plant produce, especially in the Nile Delta where pollution is highest.

Sewage water from slums and many other areas in Cairo is discharged into the river untreated due to lack of water treatment plants. Agricultural runoffs frequently contain pollutants from pesticides and herbicides, which have negative effects on the river and the people using it. All of these factors combine together to make Nile a polluted river which may spell doom for the generations to come.

Egypt controls majority of the water resource extracted from the Nile River due to colonial-era treaty, which guaranteed Egypt 90 percent share of the Nile, and prevented their neighbors from extracting even a single drop from the Nile without permission. However, in recent years countries along the Nile such as Ethiopia are taking advantage are gaining more control over the rights for the Nile.

A big challenge is tackling the issue of Ethiopia building a dam and hydroelectric plant upstream that may cut into Egypt’s share of the Nile. For some time a major concern for Egypt was Ethiopia’s construction of the Grand Ethiopian Renaissance Dam (GERD) in the Blue Nile watershed, which is a main source of water for the Nile River. Construction of the Renaissance Dam started in December 2010, and has the capacity to store 74 to 79 billion cubic meters of water and generate 6,000 megawatts of electricity for Ethiopia a year.

This creates major concern for Egypt, who is worried that this damn would decrease the amount of water it receives (55.5 billion cubic meters) from the Nile River. Egypt is concerned that during dry months, not enough water will be released from the GERD thus decreasing the water received downstream. This will greatly hinder Egypt’s attempts to alleviate the water shortages during those months.

Water availability issues in Egypt are rapidly assuming alarming proportions. By the year 2020, Egypt will be consuming 20 percent more water than it has. With its loosening grip on the Nile, water scarcity could endanger the country’s stability and regional dominance. It is imperative on the Egyptian government  and the entire population of to act swiftly and decisively to mitigate water scarcity, implement water conservation techniques and control water pollution develop plans that would install more efficient irrigation techniques.

With climate conditions expected to get drier and heat waves expected to become more frequent in the MENA region, Egypt cannot afford to neglect the importance of water conservation anymore and must act immediately to augment its natural water reserves. It will be a good idea to use eco friendly cotton bags next time you go shopping.