The culmination of the holy month of Ramadan is with the festival of Eidul Fitr or Feast of Breaking the Fast. Eid is considered as a religious holiday celebrated by Muslims worldwide and to show a common goal of unity. The main aspects of Eid are congregational prayers in mosques, open areas and parks, get to gather of families and friends at home or restaurants, making and eating special dishes and wearing ceremonial dresses.

Eidul Fitr, like other local, national and religious festivals often have a major impact on the environmental resources. Extra food, drinks and clothing are made, used and consumed. People spend a fortune on these items. The cost and environmental consideration is often being neglected, not considered and forgotten. 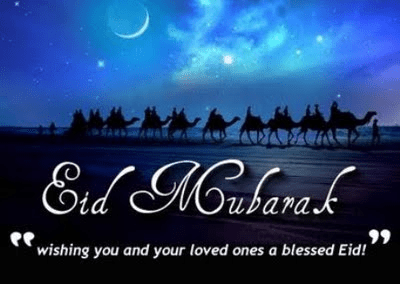 The celebrations and festivity are often extravagant and cause pollution and harm to the environmental resources. The day starts with the special prayers whereby men, women and children gather to offer prayers. The site of praying after the ritual is often plagued by litter, rubbish and waste scattered all over the place and even blowing in the air and migrating to nearby safe havens for unaesthetic accumulations.

Special food is prepared in houses which are visited by the relatives and neighbours. This causes great food wastage often due to under utilization as food is prepared more than the number of visitors and with a feeling that it should not be finished. On the other hand, people also eat limited quantity of special food less than expected or prepared which goes waste quickly. This includes special breakfast, lavish snacks, sumptuous lunches and extravagant dinners during the festival days.

To supply the population with the required quantity of food, government makes huge efforts in procuring or rather over-procuring food stuff for local consumption. It includes meat, poultry, vegetables, fruits, dairy products, cereals, grains, packaged food etc. Meat and poultry is lavishly eaten during the Eid holidays. The demand of beef, mutton, chicken etc increases to around 50% of the normal demand, which in itself is very high.

Eidul Fitr also prompts extra and panic buying of food items and eatables, which are out of shelves quickly in the super markets and cold stores during the last days of Ramadan. This trend again leads to more wastage as the food items bought are not being fully and efficiently utilized and ultimately end up in garbage bins. 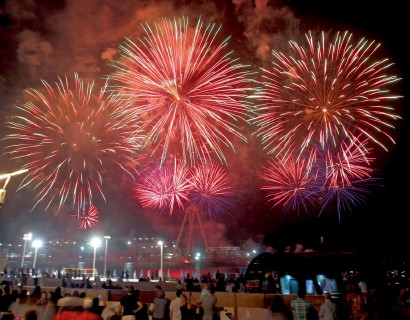 Over the period of years, the festivities are increasing with more buying of items and eatables per head. Consumption of eatables has increased many folds in the Middle East  and people have become more wasteful due to rise in income, living standards and affordability. But affordability does not mean that wastage should increase.

While planning for Eidul Fitr celebrations, it is now imperative that we need to think twice before buying, procuring any food items, clothing etc and taking environment into consideration.

Let us change our attitude towards festivity and wastage and celebrate a Green Eid.

Tips for an Eco-friendly Eidul Fitr

Let us endeavor to celebrate the Eid in an environment-friendly and sustainable manner.