Reflecting Upon Signs of God: Call to Climate Action 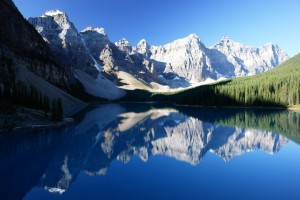 As over a billion Muslims celebrate Ramadan, the month of the Qur’an, it behooves us to reflect upon all the āyāt – verses or signs – of God. God enjoins us over and again to contemplate every āyah (verse) of the Holy Writ, as in Surah Muhammad: ‘Do they not contemplate the Qur’an? Or do hearts have their locks upon them?’ (47:24). In Surat al-Mu’minūn, He says: ‘Have they not contemplated the Word, or has there come unto them that which came not unto their forefathers?’ (23:68). In Surat al-Baqarah we are told: ‘Thus does God make clear unto you the signs (āyāt), that haply you may reflect’ (2:219).

Contemplating and reflecting upon these āyāt of revelation shows us that there are many other āyāt upon which God calls humanity to reflect – the āyāt, or signs, in the created order. Just as God has ‘revealed the Book in truth’ (2:176; 2:213), so too did He ‘create the heavens and the earth in truth’ (45:22; 6:73). Revelation and creation both come ‘in truth’ and convey to human beings the truth. Given their shared Source and shared message, the Qur’an is presented as a guide to help us reflect upon the āyāt of God within creation, as in verse 38:29, in which the Qur’an is referred to as ‘a blessed Book that We have sent down upon thee, that they may contemplate His signs and that those possessed of intellect may reflect.’

Indeed, the Qur’an presents all of creation as signs of God: ‘And whatsoever He created for you on the earth of diverse colors—truly in this is a sign for a people who reflect’ (16:13). Nothing exists but that it is a means by which we can better understand the glory of the Divine. A bird, trees, the stars, the change from night to day —God is present in each of these.

Reflecting Upon Signs of God

If we contemplate the āyāt of the Qur’an yet fail to contemplate the āyāt upon the horizons and within ourselves, we follow only part of the Qur’anic injunction to reflect upon God’s signs. We are thus among those regarding whom God asks rhetorically, ‘Who does greater wrong than one who has been reminded of the signs of his Lord, then turns away from them?’ (18:57; 32:22); and in another verse, ‘Who does greater wrong than one who denies the signs of God and turns away from them?’ (6:157)

A Call to Action

Given the state of the natural environment today, one cannot but conclude that we have indeed turned away and forgotten how to reflect upon the signs of God in the created order. Numerous scientific studies indicate that the balance of the world’s ecosystems has been compromised by our irresponsible and excessive consumption. This very balance is something that we are entrusted to maintain, as when the Prophet Shu`ayb enjoins his tribe, ‘O my people! Observe fully the measure and the balance with justice and diminish not people’s goods, and behave not wickedly on the earth, working corruption’ (11:85). Having failed to maintain the balance, today the āyāt that we witness speak to us not only of God’s glory, but also of our own corruption (fasād). Of such corruption we have been warned: ‘Corruption has appeared on land and sea because of that which men’s hands have wrought, so that He may let them taste some of that which they have done, that haply they might return’ (30:41).

Despite the ominous tone of this verse, there is a sense of hope in that by tasting some of what we have done, we might take heed by turning again to reflect upon God’s āyāt on the horizons and within ourselves. At this junction in history, when the fate of future generations lies in our hands, we must take heed of the Qur’anic injunction to ‘walk not exultantly upon the earth’ (17:63) and be instead the ‘servants of the Compassionate whom God says are those who walk humbly upon the earth’ (25:63). Let us take the month of the Qur’an as a time to reflect upon all the āyāt of God and begin anew to live in harmony with them. ‘Has not the time come for those who believe to humble their hearts to the remembrance of God and that of the truth which has descended?’ (57:16)

Joseph E. B. Lumbard is Assistant Professor of Classical Islam at Brandeis University and a General Editor for The Study Quran (HarperOne 2015). A specialist in Quranic Studies, Sufism, Islamic philosophy, Islamic ecotheology and comparative theology and former Advisor for Interfaith Affairs to the Jordanian Royal Court, he is the editor of Islam, Fundamentalism, and the Betrayal of Tradition (2nd edition, 2010) and author of Submission, Faith and Beauty: The Religion of Islam (2009), and Love and Remembrance: The Life and Teachings of Aḥmad al-Ghazālī (2016).
View all posts by Joseph Lumbard →
Tagged Ayah, Climate, Corruption, Earth, Ecosystem, environment, God, Quran, Signs of God. Bookmark the permalink.

6 Responses to Reflecting Upon Signs of God: Call to Climate Action