The Promise of Bioremediation 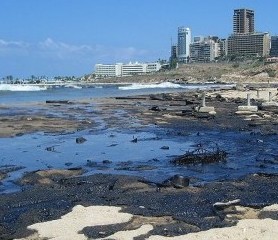 Ecosystems are permanently challenged with the abundant release of toxic compounds into the environment due to a wide range of anthropogenic activities. Apparently, contamination with oil spills and oily waste disposal are a major global concern since it’s extensively damaging the biodiversity, threatening the public health and has severe ecological and socioeconomic consequences. For example, in 1989, thousands metric tons spell of crude oil in Alaska, led to a massive loss in the marine life as well as several long-term environmental impact. Minor oil spills and non-point oil contamination are no less threats to public health, biodiversity and environment.

Awareness of this reality united the international efforts in searching for effective environmental cleaning-up measurements. Environmental cleanup is an extremely challenging task, as many pollutants are difficult to remove or transform into non-toxic products. Generally, the first response option is conventional methods, such as physical removal; however, they rarely achieve complete cleanup of oil spills since the current physical methods recover only up to 15% of the oil after a major spill; hence, more fundamental approaches are needed.

The focus has been shifted towards the biological methods, such as bioremediation, which are efficient, environmentally sustainable, and socio-economically acceptable than other methods. Bioremediation has been used by human since the ancient time; farmers have relied on composting to decompose solid waste resulted from animals and plants. As a new biotechnology; bioremediation has been investigated since the 1940s, it is a process attempts to accelerate natural biodegradation processes; by definition; bioremediation is a biotechnology of using living organisms, mainly microorganisms’ metabolic activities, to degrade the environmental contaminants into less toxic forms. It uses biological agents such as bacteria, fungi or plants to degrade or neutralize hazardous pollutants.

Generally, bioremediation processes have been classified into two main categories: in situ and ex situ. In situ bioremediation involves on-site removal of contaminant, while ex situ involves mining of contaminated soil or pumping of groundwater to treat it elsewhere. In situ remediation techniques include bioventing, bioslurping, biosparging and phytoremediation.

Ex situ is useful for the remediation of polluted soils with high concentration of recalcitrant contaminants, such as polynuclear aromatic hydrocarbons and oily sludge’s. Ex situ bioremediation techniques include landfarming, biopiling, and bioreactors processing .One of the most important types of ex situ technique is Slurry bioreactors. Treatment of soils and sediments in slurry bioreactors has become one of the best options for the bioremediation of soils polluted by recalcitrant pollutants under controlled environmental conditions.

Biodiversity is one of the Earth’s greatest treasures. Microbes represent the most diverse living organisms on earth. The ecosystems microbiota plays a major role in enormous physiological versatility and biogeochemical cycling processes. It is well recognized that the microorganisms play a fundamental role in toxic materials breaking down; they play as scavengers of undesired molecules in the environment.

With the advances in microbiology, biologists are recruiting the earth’s tiniest living creatures for cleaning up and reclamation of oil highly polluted ecosystems. It has been known for around 80 years that certain microbes are able to degrade petroleum compounds and use them as a source of carbon and energy for growth. Unquestionably, microbes represent a promising and untapped resource for new environmental biotechnologies.

Environmental variables can greatly affect the rate and extent of bioremediation. Both chemical and physical characteristics of the oil are important determinants of bioremediation success. One important required factor is the presence of microbes with the appropriate metabolic capabilities. The microbes can be either indigenous to a contaminated area (Biostimulation) or isolated from then brought to the contaminated site (Bioaugmentation). If these microorganisms are present, then maintaining the best rates of pollutant`s biodegradation can be achieved by ensuring that sufficient concentrations of nutrients, moisture and oxygen are present. Other variables, such as salinity, are not usually controllable.

Petroleum compounds in the environment are biodegraded mainly by bacteria, fungi, yeast and Archaea. Not all microbes are able to “mop up” all types of oil spills. Bacteria including Pseudomonas and Rhodococcus species work as primary degraders of spilled oil in the environment. Some Fungal genera proved to be the potential organisms for hydrocarbon degradation; Fungus such as Phanaerochaete chrysosporium is able to degrade an extremely diverse variety of toxic environmental pollutants.

Microbial bioremediation is used to treat oil spills in seas and on beaches.

Conclusively, the bioremediation of polluted environment using of an environmental-friendly, versatile and cost-effective technology such as microbial bioremediation will reduce the health risk, rescue the biodiversity heritage and restore the damaged ecosystem naturally. Moreover, well designed bioremediation projects will create direct and indirect employment opportunities; it will also facilitate a sustainable management of contaminated soils, all is tapping to promote and facilitate the integration of new sustainable socio-economic green activities in the Middle East region.

Bioremediation has the potential to restore contaminated environments inexpensively yet effectively. Lack of sufficient knowledge about the effect of various environmental factors on the rate and extent of biodegradation create a source of uncertainty. It is important to point out that many field tests have not been correctly designed, well controlled, or properly analyzed, leading to uncertainty when selecting response options. Hence, future field studies should invest serious efforts adopting scientifically legitimate approaches and acquiring the highest quality data possible.

Moreover, a wide diversity of microbes with detoxification abilities is waiting to be explored. The inadequate knowledge about microbes and their natural role in the environment could affect the acceptability of their uses. The understanding of the diversity of microbial community’s in petroleum contaminated environment is essential to get a better insight into potential oil degraders and to understand their genetics and biochemistry that will result in developing appropriate bioremediation strategies, thus, preserving the long-term sustainability of natural terrestrial and marine ecosystems.

Nura A. Abboud is an environmental activist and Founder of the Jordanian Society for Microbial Biodiversity (JMB), the only NGO in the Middle East concerning the microbial biodiversity. Nura specializes in molecular biology, biological sciences, microbial biodiversity, genetic fingerprinting and medical technologies. Her vision is to establish an eco-research center in the astonishing desert south of Jordan. She has received several scholarships and awards including honorary doctorate in Environmental leadership.
View all posts by Nura A. Abboud →
Tagged advantages of bioremediation, Biodiversity, Biological Cleanup, bioremediation, Biotechnology, contamination, ecosystems, environment, Microbes, microbiology, Middle East, Oil and Gas Industry, oil spills, petroleum, Soil Contamination, what is microbial bioremediation. Bookmark the permalink.

2 Responses to The Promise of Bioremediation