Food Waste and the Spirit of Ramadan

In recent years, enormous generation of food waste during the holy month of Ramadan has been a matter of big debate in Muslim countries and elsewhere. As per conservative estimates, around one-fifth of the food purchased or prepared during Ramadan finds its way to garbage bins or landfills. This translates into thousands of tons of precious food which could have been used for feeding tens of millions of hungry people in impoverished countries of Asia, Africa and elsewhere. The staggering amount of food waste generation during Ramadan urgently demands a strong strategy for its minimization, sustainable utilization and eco-friendly disposal. 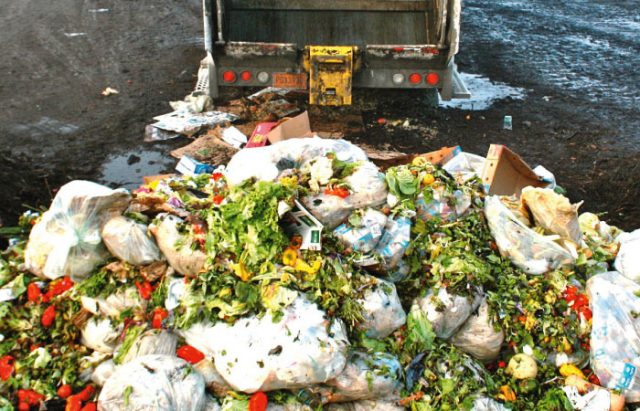 Middle East nations are acknowledged as being the world’s top food wasters, and during Ramadan the situation takes a turn for the worse. The holy city of Makkah witnessed the generation of 5,000 tons of food residuals during the first three days of Ramadan in 2014. Around 500 tons of food is wasted in the United Arab Emirates during the holy month of Ramadan. In Bahrain, food waste generation in Bahrain exceeds 400 tons per day during the holy month. Same is the case with Qatar where almost half of the food prepared during Ramadan finds its way into garbage bins.

The scenario in less-affluent Muslim countries like Malaysia, Indonesia, Egypt and Pakistan is not different. According to Malaysia’s government agency Solid Waste And Public Cleansing Management Corporation, more than 270,000 tons of food in thrown into garbage bins during Ramadan.

Needless to say, the amount of food waste generated in Ramadan is significantly higher than other months, as much as 25%. There is a chronic inclination of Muslims towards over-indulgence and lavishness in the holy month, even though the Prophet Muhammad (PBUH) asked Muslims to adopt moderation in all walks of life.

Socio-cultural attitudes and lavish lifestyles also play a major role in more food waste generation in Ramadan in almost all Muslim countries. High-income groups usually generate more food waste per capita when compared to less-affluent groups. In Muslim countries, hotels and restaurants are a big contributor of food wastes during Ramadan due to super-lavish buffets and extravagant Iftar parties. 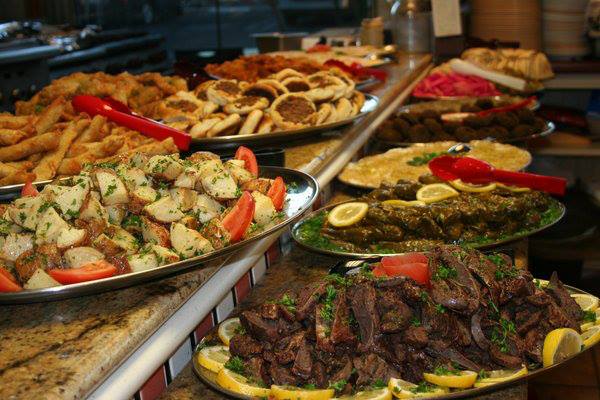 Establishment of food banks in residential as well as commercial areas can be a very good way to utilize surplus food in a humane and ethical manner. Infact, food banks in countries like Egypt, India and Pakistan have been operating successfully, however there is a real need to have such initiatives on a mass-scale to tackle the menace of food waste.

Dubai has laid down new guidelines to cut food wastage and streamline the donation of excess food prepared at banquets and buffets. The “Heafz Al Na’amah” is a notable initiative to ensure that surplus food from hotels, Iftar parties and households is not wasted and reach the needy in safe and hygienic conditions. In Qatar, Wa’hab is helping in sustainable utilization of leftover food but supplying it to the needy ones.

During Ramadan 2015, Dubai Municipality launched an initiative called ‘Smart Homes,’ which will continue this year. The initiative encourages Dubai residents to reduce waste during the holy month. Smart Homes is a waste gathering technique in electronic containers that measures the amount of waste produced by each home. The initiative mainly targets residential areas dominated by Emirati residents due to their large family gatherings,” he said. Homes that produce the least amount of waste during the holy month are rewarded with cash prizes and certificates that encourage them to reduce waste.

In addition to such initiatives, religious scholars and prayer-leaders can play a vital role in motivating Muslims to follow Islamic principles of sustainability, as mentioned in the Holy Quran and Hadith. The best way to reduce food waste during Ramadan is to feel solidarity towards millions and millions of people around the world who face enormous hardships in having a single meal each day.

Salman Zafar is the Founder of EcoMENA, and an international consultant, advisor, ecopreneur and journalist with expertise in waste management, waste-to-energy, renewable energy, environment protection and sustainable development. His geographical areas of focus include Middle East, Africa, Asia and Europe. Salman has successfully accomplished a wide range of projects in the areas of biomass energy, biogas, waste-to-energy, recycling and waste management. He has participated in numerous conferences and workshops as chairman, session chair, keynote speaker and panelist. Salman is the Editor-in-Chief of EcoMENA, and is a professional environmental writer with more than 300 popular articles to his credit. He is proactively engaged in creating mass awareness on renewable energy, waste management and environmental sustainability in different parts of the world. Salman Zafar can be reached at salman@ecomena.org or salman@bioenergyconsult.com
View all posts by Salman Zafar →
Tagged Buffets, Dubai Municipality, Food Banks, Food Wastage in Ramadan, Food Waste, Hadith, Hotels, How to Tackle Food Waste Problem, Iftar, Muslims, Qatar, Quran, Ramadan, UAE. Bookmark the permalink.

7 Responses to Food Waste and the Spirit of Ramadan